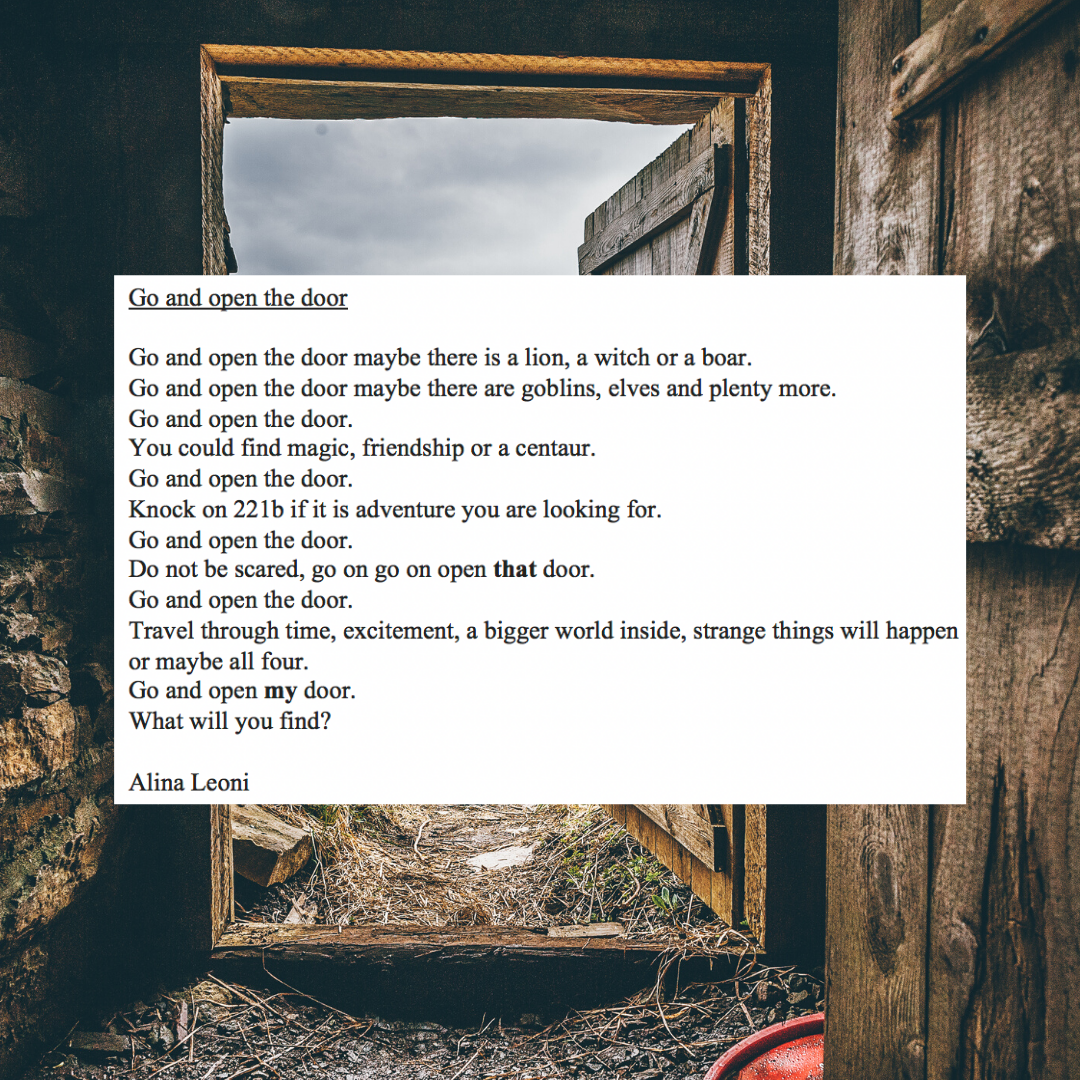 Group one- 17 in attendance

If you could pick just one door/gateway that transported you to another universe, would you? This weeks session aimed to answer this exact question. We first proposed a number of famous doors in both literature and film, asking the Young Writers to pick just one of the following:

We asked, which door they would most likely step through and why? What happens when they step through that door? This helped to get the writers thinking about various aspects of these gateways in preparation for our next task.

The Young Writers were then given the template attached below and asked to create their own poem, additional prompts were provided to inspire them further.

Imagine that you have found a magic doorway into another world...

Where is your door?

What sort of magic will be on the other side?

The poems were then read aloud and feedback was given, we are excited to share Alina’s beautiful piece created during the session!

Go and open the door

Go and open the door maybe there is a lion, a witch or a boar.

Go and open the door maybe there are goblins, elves and plenty more.

You could find magic, friendship or a centaur.

Knock on 221b if it is adventure you are looking for.

Do not be scared, go on go on open that door.

Travel through time, excitement, a bigger world inside, strange things will happen or maybe all four.

Go and open my door.

What will you find?

Building open the poems and as a secondary task, the Young Writers were challenged with the task of writing an opening to a story based on a similar theme. The following reminders were provided to aid this process.

Write an opening to your story

Again, the stories were shared with the group so that supportive comments and constructive criticism could be shared in the chat section. Below is Naomi’s story she shared during the session.

Wolf gently nuzzled the door which stood before him on the crisp snow. He drank in it's smell. It was the smell of the  streams which cascaded down the mountains like the tears he had shed when he saw his pack-brothers strewn across the floor their blood staining the snow crimson where the two-legs had shot them. He would never go back there again. Never. He gazed at the door's intricate crystal structure and saw himself, shattered with every delve upon the door, like he was now . His drooping tail brushed against the door. It felt smooth yet as he ran his paw against it, droplets of blood showered the ground. He recoiled in pain. Not wishing to lick the door, Wolf lapped the blood seeping from the wound. It tasted of winter berries. He put his ear to the door. He heard nothing. Except for a new sound...the sound of silence. With new hope, Wolf nudged opened it. And. Stepped. Inside.

The second group focused on something altogether different, as script writing was a highly requested topic by the Young Writers themselves! The aim of the session was to write a 10 minute play following the guidance and resources given.

We initially looked at a short reenactment of  ‘The open window’ by Hector Hugh Munro (better known by the pen name Saki) the video was played and the Writers were asked to think about the following :

Understanding that everyone has a different way of working, many varied starting points were given, for example;

The Writers were then asked to select just one of the above ways to develop their idea and were given a portion of the session to write the play. These drafts were then shared amongst the group members, offering feedback and guidance as always!

We would also like to take this opportunity to congratulate Ellie Robinson, one of our Young Writers, who successful had her ‘Haiflu’ shortlisted and chosen to be showcased in the final video! With so many entries submitted and only three chosen per library this is a massive achievement. Below is a link to the video, give it a watch and try to spot Ellie’s poignant Haiku based on her experiences in lockdown.

Until next week... stay safe and keep writing! 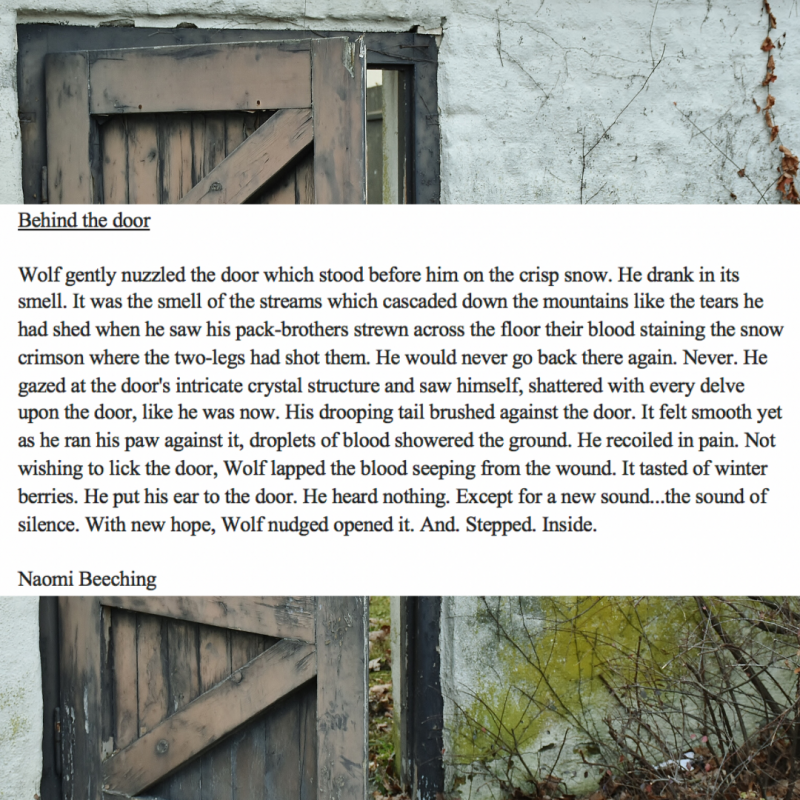