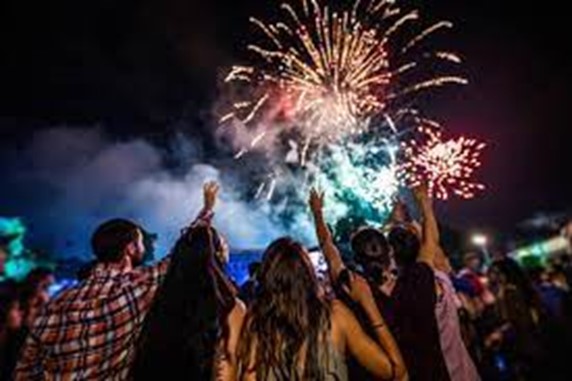 This week we were looking at stories, poems and descriptions about fireworks and bonfire night!

We started by listening by Handel's 'Music for the Royal Fireworks' as inspiration, writing down words, phrases and images which it inspired.

Next, the group were tasked with writing a short poem about fireworks, without using any stereotypical fireworks-words - 'sparkle', 'bright', 'explosion', 'bang' and 'colourful' were all banned, forcing our young writers to think outside the box!

Here is Leo's lovely poem, with some very imaginative similes:

… like a firework bursting
in the clear night sky.

happens at a fireworks/bonfire night!

Here are two very different bonfire-night stories, from Safir and an anonymous writer!

screams were screamed in the free space in the city centre.
Demon Drake appears from the fireworks and chaos is made.

"DEMON JUSTIN TIMBERLAKE... I SUMMON YOU!!!"

An orb is made on the floor and Justin Timberlake is
summoned.

"You were my sun, you were my Earth..." He sings
as he uses gestures and Brainwash people near him.

Chatastrophe was in the air and old grannys were break
dancing on Cry me a river.

"You don't have to say, what you did

I already know, I found out from him" (Tabby you don't
have to sing this lol)

A granny beat boxed out and started to dance intensely.

"Justin Timberlake, I de-summon you and I"

They both leave and everyone triumphs with more fireworks.

"Now there's just no chance
For you and me
There'll never be
And don't it make you sad about it?"

On an old damp track by the River Ix and opposite the city
of Antares, Sariel sat on a fallen log and watched the fireworks. The moons
shone in silver and copper on the river, with streaks of red and silver being
launched from Antares. All across the valley orange pricks of light could be
seen, billowing smoke rising into the sky and blotching the blue and purple
nebula above in grey.

Sariel pulled out a flask of Tepuk tea and some Pohff bread
she had prepared specifically for this occasion. It was tradition to do so,
apparently, Harvest Festival and all. It was as she was about to take a swig of
the Tepuk tea that she noticed something on the river Ix.

She dismissed it for a trading town from the south, or maybe
Telomer city visiting Antares for the festival. But no, too small for either,
not floating, but wading.