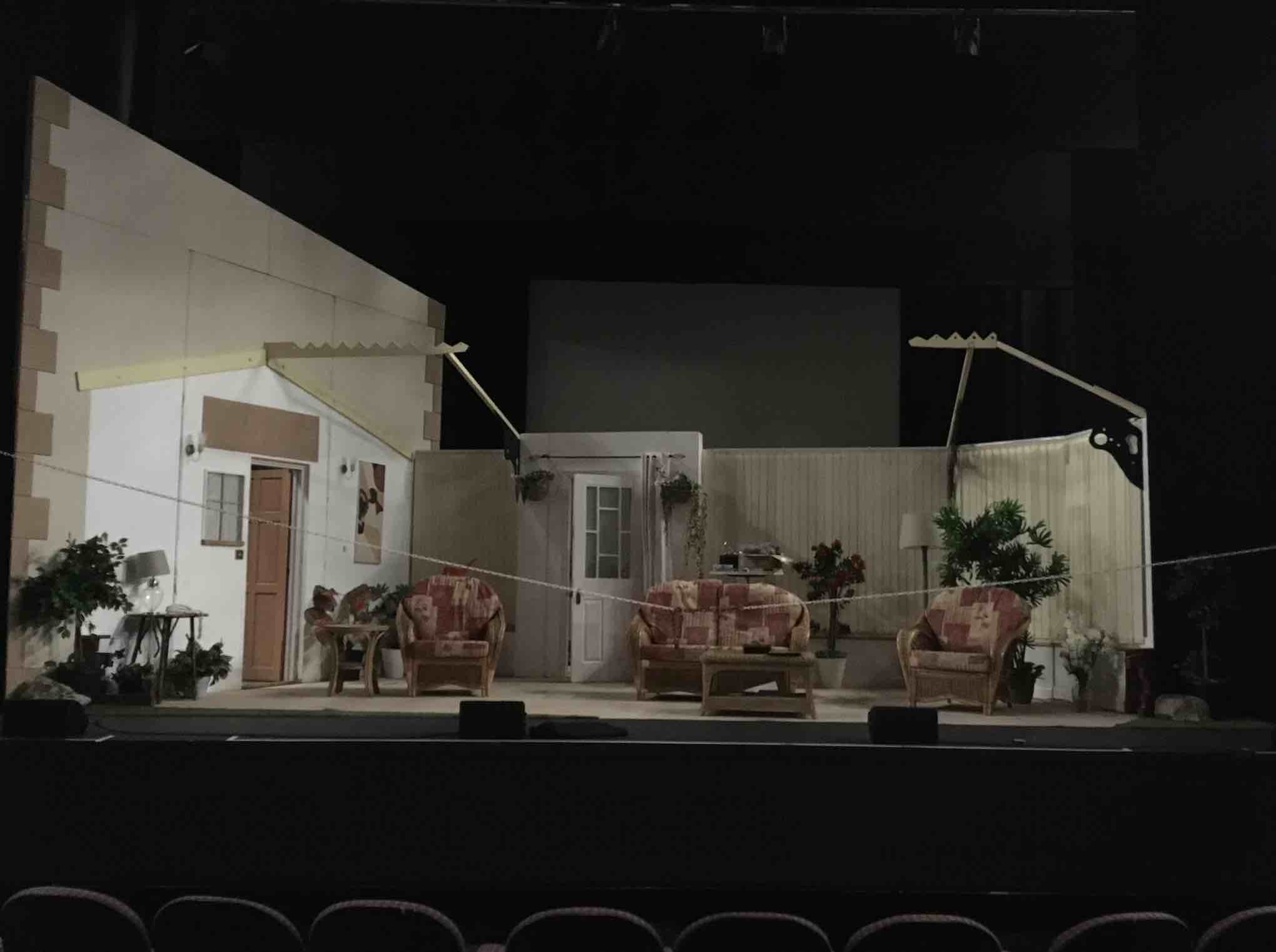 On Monday 2nd December I was lucky enough to observe the ‘get-in’ for the show Dangerous Obsession, which was performed at Lighthouse that week Monday to Wednesday. I arrived slightly late after a few train delays to the find the set already half-constructed. The stage manager, Duncan Hands – to whom I am very grateful for answering my questions and allowing me to observe the process – pointed me to where I could sit in the auditorium, right in the middle of rows of empty seats.

From there I watched as the set was constructed and dressed piece by piece, item by item. There were two things in particular that struck me. The first was the blending of outside and inside. When I arrived, the loading bay to the theatre backstage was open and daylight was visible from the auditorium. It was strange to feel the cold winter air seeping in and was rather like opening a window and letting the cold light of day into a photographer’s darkroom. The conversations between Duncan and the rest of the team were for a time accompanied by the calling of gulls just beyond the loading bay. Moreover, the half-built set itself was a conservatory, an in-between space between outside and inside. One the tasks I have set myself for this residency is to find a way to bring the outside environment of Poole Harbour into the interior auditoria of Lighthouse. My materials are words but it was clear I could learn from Duncan in this regard.

The second thing that struck me about the ‘get-in’ was the lighting process – a carefully planned and plotted calibration and collaboration between the production and technical team at Lighthouse. This involved a lot of subtle manoeuvrings of different kinds of lights and the shutting of many barndoors (fittings on the lights themselves designed to reduce light spill). Every now and again someone would shout ‘Going Dark!’ and the working lights would go out, leaving a single bulb streaming onto the stage to be adjusted. I must admit – and I do not mean to cause any offence to Duncan and the team by saying this – that it was only when light was thrown onto the set that it looked convincing. This, Duncan assured me, was entirely by design. Lighting, it turns out, can be used to mask as well as illuminate. The same is true, I thought, of language. 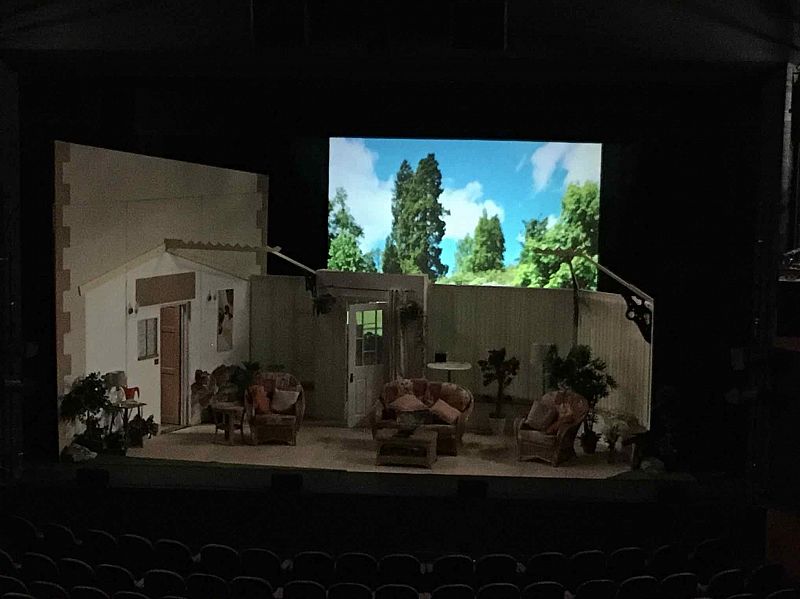