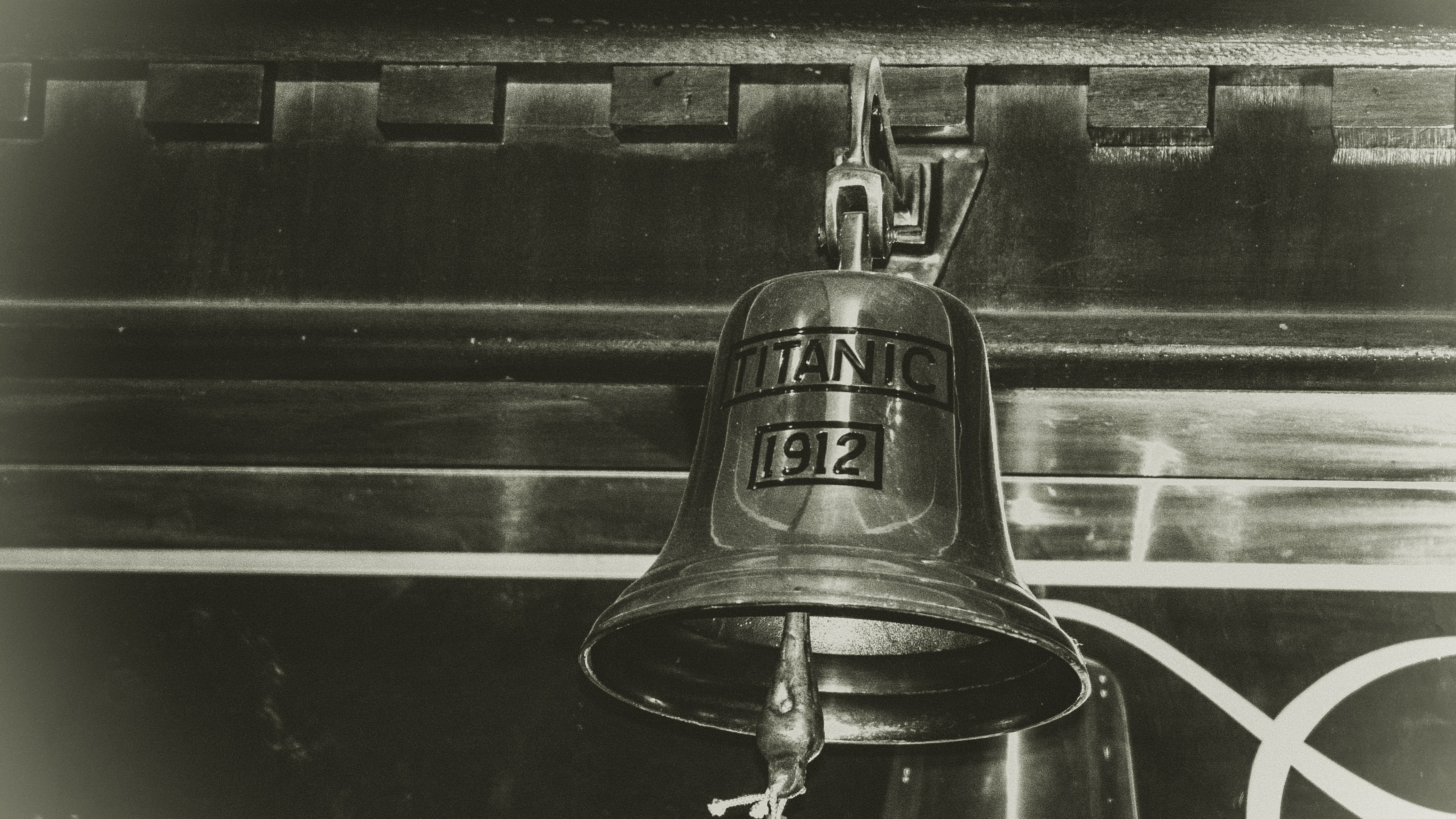 Sadly we’re currently down to a single group, but we don’t let that deter us as we meet back in person; full steam ahead.
We’ve moved home to the new MAST Mayflower Studio location and due to the 1 metre precaution rule are spilling out of the room into the bar.
Personally, I only attended one session before we went into lockdown and there have been a few new faces join us since so it’s been jarring to see everyone outside the tiny boxes I’ve come to know them through.

As we get use to the new space, we started out with a theme that should be recognisable to everyone who’s grown up in Southampton – the Titanic.
As many of us know, the Titanic launched its maiden voyage from Southampton in 1912. Susmita lead us through the facts and timeline of this historic ship as we began to plan out a character before writing a diary extract.

The ship was built in Belfast, Northern Ireland, before moving down to Southampton for its official launch. Many of the crew were from Southampton, about 4 out of 5 listing Southampton as their address, meaning that of the 688 crew that died, over 500 were from our home city. There were more who worked on the ship before it launched. A story of my grandmother’s is that a family friend was one of the people putting the finishing touches on the Titanic. They were working up to the very minute of boarding, at which point they were hastily told to get off. So quick was he to leave that he left his lunch box. At the time he shrugged off the misfortune, thinking he’d be able to reclaim it upon the Titanic’s return, however as we all now know that never happened and as far as I know his lunchbox has never been recovered from the wreck.

He could expect his lunchbox to return because no one expects a ship to sink on her maiden voyage, that’s not what ships are designed to do, but there was even more hype surrounding the Titanic. The biggest ship yet, the so-called unsinkable, with plans to cross the Atlantic in a record-breaking 5 days, earning the Blue Riband award. She was a dream ship.

Ironically the impossible was reserved for the only boat to come to her aid, RMS Carpathia. 58 miles away, a journey that would take over four hours to make, upon receiving the distress call at 12.10am the night of April 15, Captain Rostron turned around and set full steam ahead. The ship was designed to achieve 14 knots (the boating equivalent of mph) however by pushing more coal and cutting hot water and heating so all steam went to the engines the 4 hour journey was completed in 3 and a half hours as their speed climbed to an unheard of 17 knots.

The Carpathia is the reason an estimated 710 people survived the sinking of the Titanic. Even with lifeboats, that far out in the bitter Atlantic ocean with ice surrounding them and not dressed for the cold, the exposure would have killed them.

As is often quoted, the Titanic didn’t have enough lifeboats for its approximately 2223 occupants, only having capacity for about half that number. It was with these facts and the dates and times of the sailing and sinking that we forged out diaries. Some talked about the journey to Southampton and boarding the ship, the division between first class and third. Others talked about the harrowing nature of the night the iceberg hit.

What’s perhaps even more tragic about Titanic’s tale, as Ruhaan pointed out, is that simulations have been run which suggest that had they just stayed the course and ran the iceberg straight on instead of turning and scraping against it, the ship likely would have survived the encounter. It would have been like standing on an egg, possible to do so on the point where physics spreads the force throughout the shell. Instead the greed and pride of White Star Line got in the way. They took a riskier higher latitude route to save time and make what would be a historically fast crossing, placing them in the path of icebergs, and didn’t want to scratch their shiny new ship by plowing it into an iceberg, so instead they turned. Boats, however, are slow to manoeuvre, and this sealed Titanic’s fate.

There are so many stories associated with the Titanic, of bad decisions, of fear, of loss, of heroism, of love. Creating fictional diaries of historic events allows us to explore all this.

Join us for the rest of this term as we continue to explore writing in our new space! 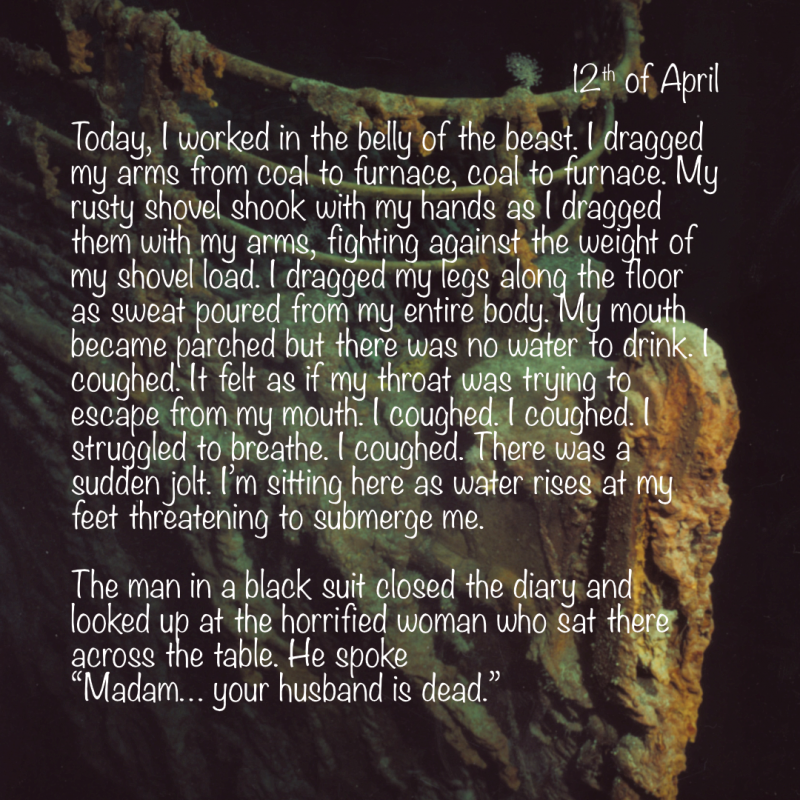 Ella's reflections of the incident 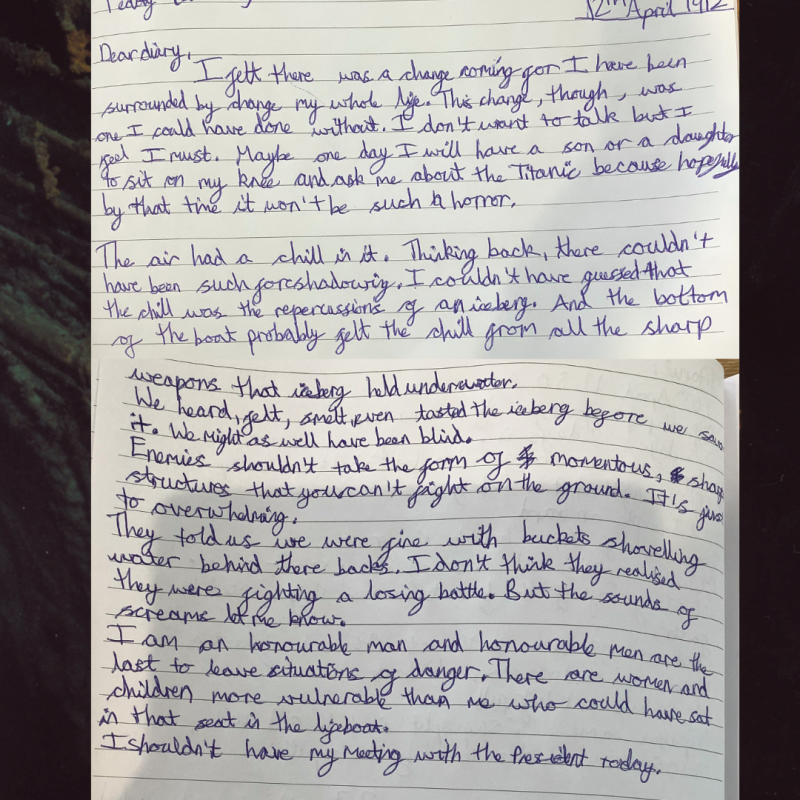