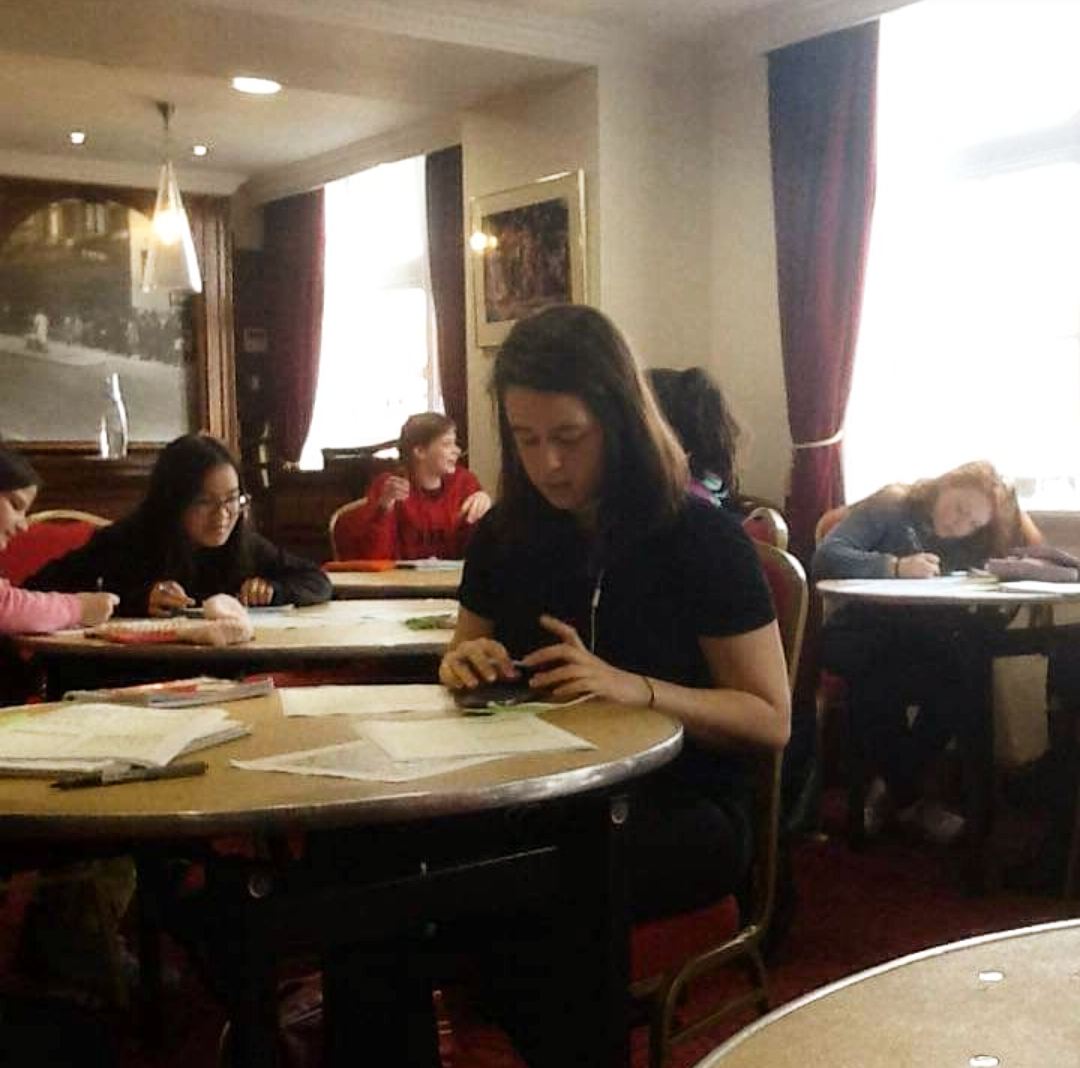 In our last session before Easter break, the Young Writers finished their Horrible Histories topic. We began with a sheet of modern day objects, and each Writer chose one and drew/wrote it on a post-it note that was folded and placed in a bag. The Young Writers then took a post-it note at random, and used this to complete one of two prompts - either an ancient Pharaoh wants this modern object to be buried with them, and is attempting to convince their servants of its use, or modern explorers find this object in a tomb and try to figure out how it got there. With twenty minutes to write their piece as prose or a script, here are some pieces from the Young Writers that we would like to share:

They plunged through the dense foliage.

"Okay, now this is ridiculous. The organs in a jar, I could deal with. The half-mummified body, I landed on... I will eventually live with, but Gary I will not put up with you eating cake whilst I'm sweating my guts trying to shift a slab nearly as thick as you."

"Actually, Maxine, I wasn't eating it. I was smelling it. Anyway, you didn't have to come if you didn't want to."

"How could I refuse? You asked me 'How about a romantic weekend in Rarnak?' I thought we would be riding camels, and going on boat trips down the Nile. Not digging around in dusty old tombs, falling on ancient skeletons!"

I took my final breath of clear air, stole my final glance at sunlight. The tomb was sealed with a decisive thump, and I was bathed in darkness.

After spending a few more moments staring at the wall, I turned slowly. It didn't matter if I took my time, I was destined to spend all eternity in this empty place. Besides, even if I failed to complete my duty, the Pharaoh was no longer alive to give me a punishment.

I crossed to the golden instrument that had sealed my fate. I had never felt so cursed to be talented at something before. It was cold underneath my fingers, cold like the ice that had overtaken my heart. The truth was, a person went mad if they didn't have anyone to talk to, and the only conversation partner I had was a dead Pharaoh. However, I had my harp, and my harp was all I needed.

Obeying the Pharaoh's final wish, I began to play a tune, strumming the strings in a sorrowful song. Perhaps I could create a new piece. I had the time, after all. I had all the time in the world.

The Young Writers then moved on to Clerihews, a type of four line poem with two sets of rhyming couplets, first written by Edmund Clerihew Bentley about Sir Humphry Davy, the man who discovered sodium:

He lived in odium

Of having discovered sodium.

Clerihews are now used as an amusing yet educational short poem on a famous person - perfect to complete our Horrible Histories theme. You can take a look at some of the clerihews we came up with over on our Instagram.

This week, these Young Writers looked at writing self-portraits.

We began by writing a scene of a stranger observing them in a specific setting - for example, a plane ride with their family, a cat café, on the commute. They then took a look at some poems that proclaimed themselves self-portraits as objects, 'Self-portrait as a drop of water', 'Self-Portrait as a Door' by Donika Kelly, and 'self-portrait with dirty hair' by Safia Elhillo. Taking inspiration from these, the Young Writers wrote their own self-portraits as objects, such as an envelope, a kettle, or a Eurovision trophy.