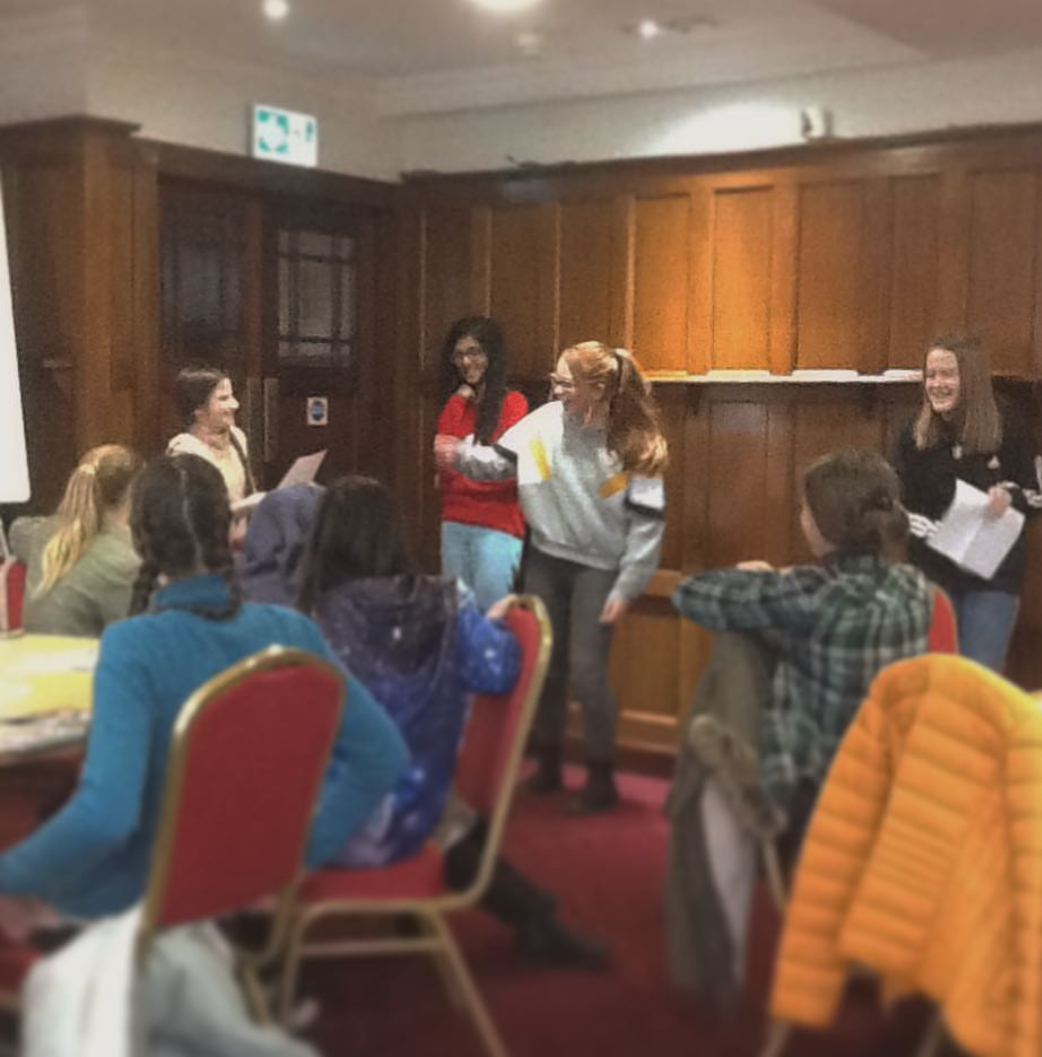 Today, with two weeks to go until the submission date for the Terrific Tudor Tours, our Young Writers continued working on their scripts.

The first group spent this week's two hour session continuing with their scenes. The group working with the servants in the kitchens created scenes with cooks preparing for a feast, sabotaging a marchpane cake or being suffocated by a smoking pot. The merchant group were in the rich room, exploring the difficulties of deciding on wages or trading with foreign merchants. Lastly, the seafarers in the graffiti room wrote monologues of life as a pirate, or imagined the strange debate that must have lead to the naming of the Peter Pomegranate.

Some of the Young Writers read out their monologues, or had their scripts acted by their fellow writers - we're excited to see them performed in costume by the Mayflower Musical Youth Theatre at Tudor House on 6th April!

The second group also spent this week's session continuing on their scripts, using the owners of Tudor House as tour guides.

With all the shared husbands and wives between the owners of Tudor House, many of the scripts feature fierce rivalries between their chosen characters, as Sir John Dawtry and Richard Lyster try to prove that they were the best husband to Isobel, or Walter and Sir John protest their superiority in their marriage to Jane.

Last week, the Young Writers had been split into three groups, each with a third of the tour, but working independently. This week they were able to experiment with combining their scripts with the other groups', to get a sense of the flow of the tour, and how best to begin and end their scripts for the smoothest transition. From the sections that were read this week, 'Terrific Tudor Tours' looks set to be a hilarious but informative interactive event, and we can't wait to see it all come together in April.