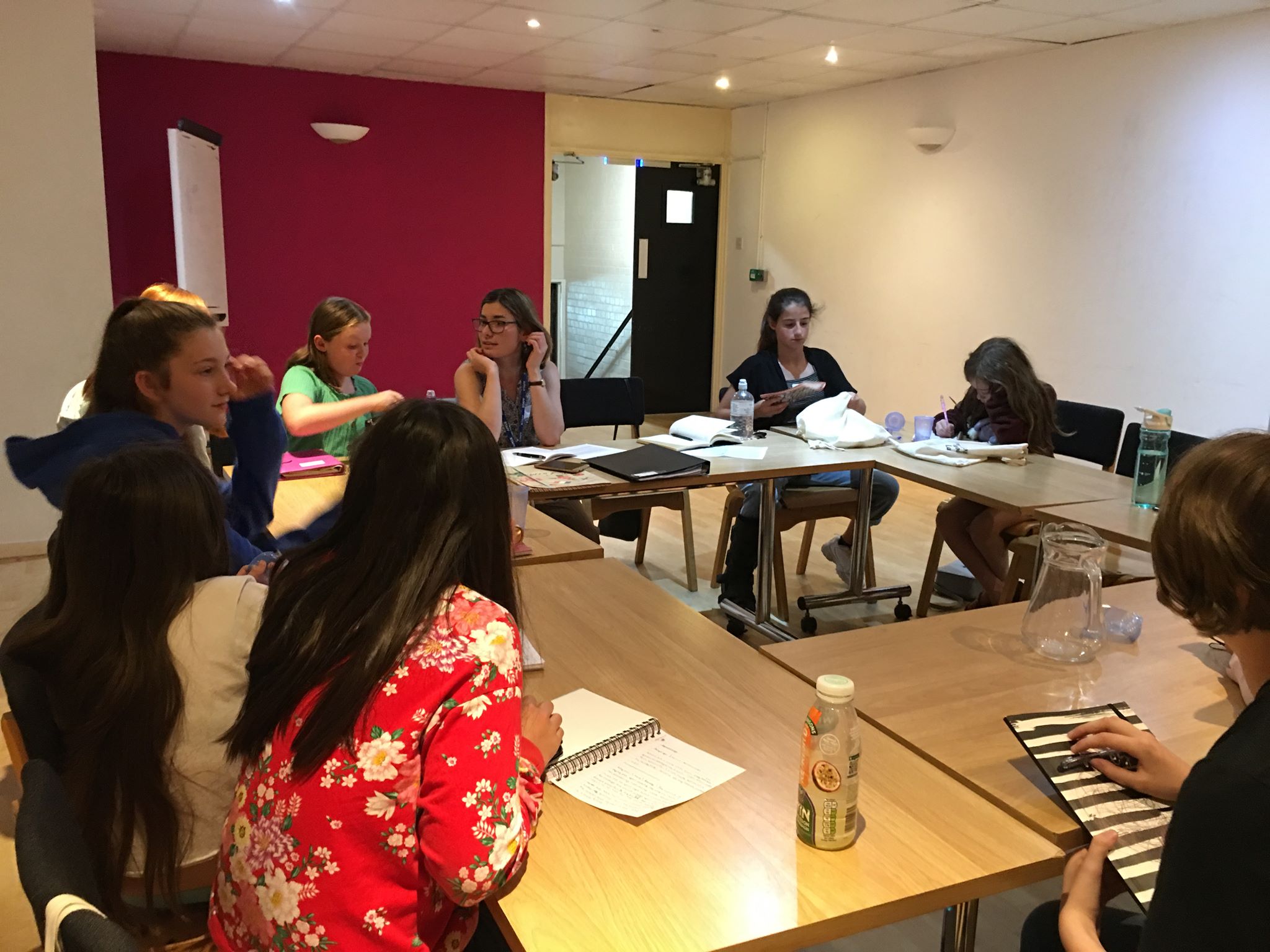 Monologues are used in many media - from stage plays to novels - you'll find a monologue! So this week, we thought we'd give political monologues a bash.

To start off, the young writers took turns in pairs to speak for one minute straight, without stopping. While one writer spoke, the other took notes on what they noticed in the mannerisms of the speaker. Examples of this were lots of 'umm' and stuttering.

After this, we then introduced the young writers to Stream of Consciousness, and timed them writing about 'lemons' for a full 2 minutes without lifting the pen from the paper. Some writers even included their mannerisms of 'umm' etc within their writing. Why lemons? Why not!

The young writers then questioned what monologues are and what they entail. These questions included:

Who are they to?

What are the point of them?

What types are there?

Linking back to last week, we then asked the young writers to imagine that they were at a protest, and someone asked them "What are you doing here?". They then had to write a monologue in response.

Evie wrote about the use of synthetic fabrics and their damage to the earth, while Martha wrote to a bus driver:

Why am I here? Really! The world is dying and you're asking me why I am here!

I am protesting. I am doing more than you will do in your lifetime. I am trying to change the world while you're driving people from A to B.

By 2045 we will have next to no hope for the world. The world will have terminal cancer and will suffer greatly from all the plastic in the ocean and fumes in the sky.

We are slowly killing it.

Millie then lightened the mood with a humerus monologue about doors - it was brill!

To kick off the protest monologues, the young writers read Greta Thunberg's speech to the United Nations. As a young person speaking about climate change, it was important that we analysed how she is speaking and what she is saying. We were all in agreement that Greta simplifies her language and her message in order to reach audiences of all ages. Thomas also picked up on her use of metaphors and the importance of this in creating imagery.

We then read Caryl Churchil's monologue in 'Far Away' and noted how the character is speaking to herself, rather than to an audience.

After this, we compared it to Richard Benn's monologue in The Herectic, where character Diane is speaking to another character. The dynamic in this writing was again very different to the others due to the intended audience.

To consider how dialogue needs to sound natural the writers then spoke for a minute uninterrupted about lamps (which, of course, Thomas excelled at). We also read Lungs by Duncan MacMillan as his writing style is very natural and choppy.

The writers then wrote Stream of Consciousness for four minutes without pause, even if they just wrote 'I don't know what to write' over and over.

Taking inspiration from all of this, the young writers spend the rest of the session writing protest monologues about any topic of their choice.