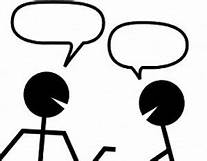 Welcome back to the ArtfulScribe Afterschool Club! This week, we started off by discussing our favourite things about the summer - from trips to the beach and the theatre, to ice cream and barbecues.

Next, we started work on some conversation writing, inspired by one of the August challenges from the Young Poets Network: https://ypn.poetrysociety.org.uk/workshop/august-challenge-1-conversation-poems/

We wrote two versions of the same conversation between two characters - one in which they said exactly what they meant, and how they felt, and the other where they tried their best to avoid saying what they really meant - inspired by the brilliant poem, Choirsinger, recommended by YPN: https://poems.poetrysociety.org.uk/poems/choirsinger/

“Why are you above me,Tree Dweller?”
“Why are you below me, Land Wanderer?”
The breeze seemed to tense,
“Why are you smaller than me, Branch Jumper?”
“Why are you bigger than me, Tent Sleeper?”
The rustling of leaves seemed to quieten,
“What is it that you hide up in the branches of your tree
home, Claw Hanger?”
“What is it that you hide in your leather structures, Foot
Walker?”
The chirping of birds waited excitedly,
“None but my food and hay bed.”
“None but my food and twig nest.”
It was almost completely silent now
“Anything else, fur-snout?”
“Anything else, skin-mouth?”
A lone chirp sounded the end of that conversation,
Fur-snout turned around,
about to wipe its ears,
when Skin-mouth released a readied slingshot,
the little stone that flew crushed Fur-snout’s skull,
“I have your fur and meat, squirrel,”
picking the dead form up from the ground.
Miraculously, the squirrel spoke for a brief second,
“I have your sanity, human”

We also saw the return of Osborne and Edwards in Charlotte's conversation piece!

And here is Aurora's strikingly inventive and touching meeting, between an 'English visitor' and a 'Swiss physicist' beside the Hadron Collider - the start of a beautiful friendship!

There is an English visitor to Cern, Switzerland,
he wears a black suit and black tie
and carries a black briefcase with documents inside.

There is a Swiss physicist in the tunnels of the collider,
he works on maintaining the scientific marvel
and is dressed in a yellow-green high-vis jacket.

The English visitor walks down the tunnels
with the site head, and they do not say much.
The site head points out interesting parts of the collider,

and the English visitor hums in assent.

The Swiss physicist hears the foreign language
coming from down the tunnel
and begins to work faster,
as his English is not very good
and his site manager likes to get customers to ask him questions.

He cannot finish his work very quickly,
and he is bending over and putting away his tools
when the site head clears her throat
and introduces him to the English visitor
who looks at him like he would
any
other
person.

And the Swiss physicist apologises,
‘Sorry, I have bad English,
English is not my first language’
in his heavily accented voice
over the hum of superheating protons.

And the English visitor apologises,
‘Desole, j’ai un mauvais francais’,
in a terrible attempt at natural-sounding French
as he looked over the huge tubes
creating something hotter than the sun.

And the Swiss physicist is shocked at the man’s manners,
used to being treated like a lower person
since English was not his first language
and he wasn’t very good at learning others.

And the English visitor is shocked at the man’s surprise,
used to thinking that people were treated well
since they did good work and were paid for it
because they worked hard from day to night.

And they introduce themselves in their
mangled attempts at French and English,
complimenting each other’s styles
and the dinks on each other’s safety hats.

The English visitor says that it was impressive
that the Swiss physicist has a PhD in Physics and
Chemistry, fumbling through saying that
it was difficult enough to get only one doctorate,
let alone two, ‘tres magnifique’.

The Swiss physicist asks about the English visitor’s
family, saying that it must be exciting for them that their
father
husband
son
brother
is standing next to the pinnacle of science.

The English visitor goes silent, and says quietly
that his family are very proud of him, then
he looks around to see where the site head is
but she has gone, leaving the two men to their conversation.

The Swiss physicist says that is excellent, and that
his family are able to live well because of
the continued financial support of
the large hadron collider in Cern, Switzerland.

The English visitor smiles whilst looking down
at his shiny black shoes, then asks if
the Swiss physicist is done working here
and if he needs help carrying his tools back.

The Swiss physicist smiles whilst looking
at the kind English visitor, and accepts
his offer, as the box of tools is heavy
and the storeroom is quite a ways away.

They walk in animated, jumbled conversation,
discussing their homes and how much they miss their
children
parents
family
because they live ever so far away.

The English visitor looks wistfully at the machine beside them,
then at the Swiss physicist, who was still describing
how his second son took his first steps three years ago
and how they grow up so fast
you don’t even notice
until you realise
how much
time has
gone.

And the Swiss physicist looks at the English visitor,
who is hiding his tears from his new friend,
and he quickly arrests the Swiss physicist’s hand
in a meaningful handshake
before barrelling up the metal stairs to the site head’s office.

A little confused and intimidated, the Swiss physicist
goes back to work, happier that he made a friend
whilst speaking English
which is difficult
but somehow
he did it.

The English visitor tells the site head
that he wants to donate a large sum of money
to the Cern science facility
because of his new friend
who he wants to be happy
with his family
together
in their time.