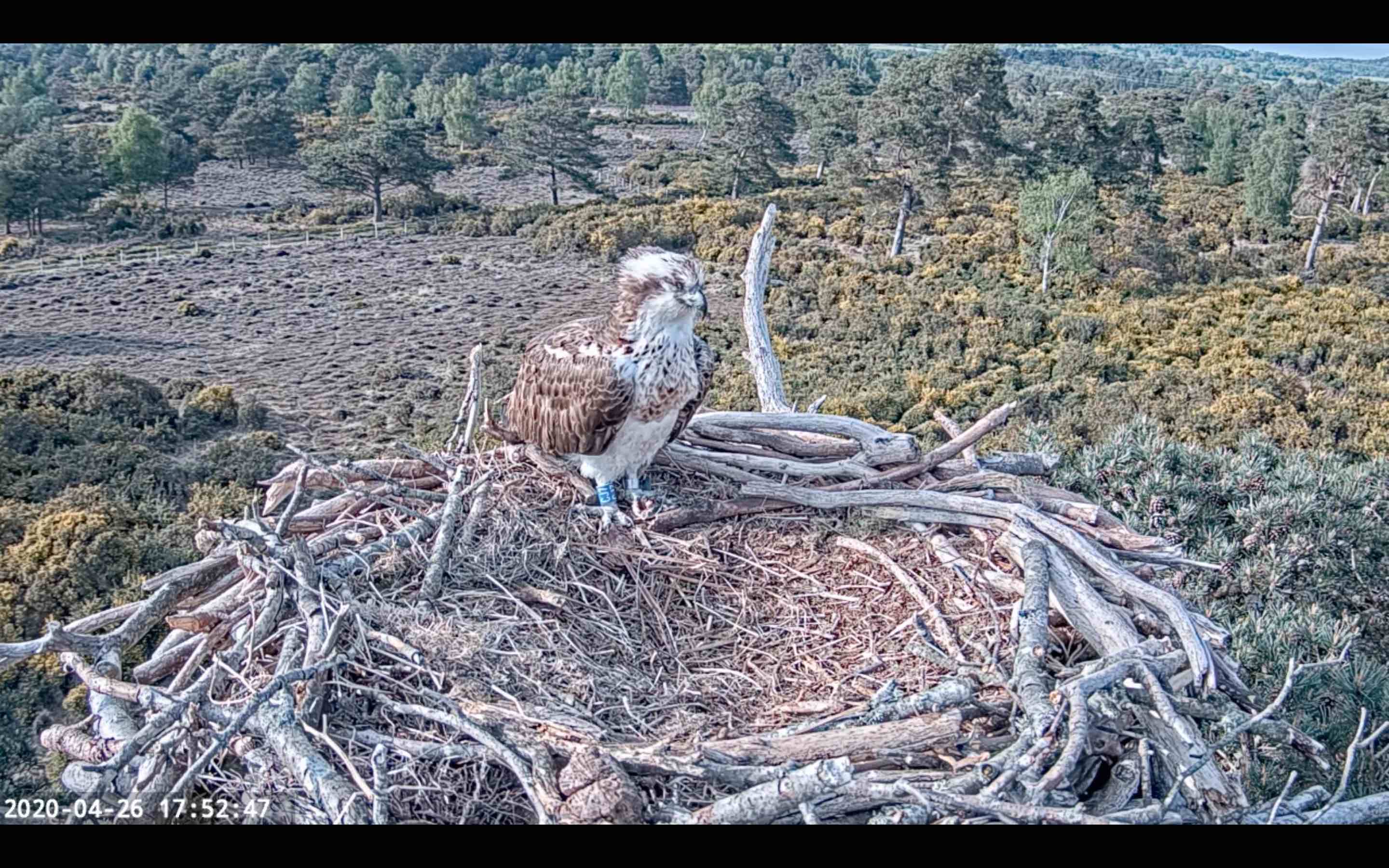 Back in February, I wrote about the Poole Harbour Osprey Translocation Project and the related poetry workshops I ran in Dorset primary schools as part of Light Up Poole Festival (see my blog on the 27 February). Since then, I’ve been keeping a close eye on the return of the Ospreys to the harbour after their long migration from sub-Saharan Africa.

A few weeks ago, I was browsing the internet (other kinds of exploration are currently curtailed) when, not expecting it, something stirring happened. I tuned in, for the first time, to the live feed that Birds of Poole Harbour have set up overlooking one of their artificial nests. The thumbnail showed an Osprey perched there, so I clicked. And there she was, a healthy female Osprey on top of her nest above towering pines and scrubland.

At first, I thought I was watching a recording, some highlights put together by the conservation charity. It took me a minute to realise that what I was witnessing was live and at that very moment the Osprey – who I now know as CJ7 – was watching the world from her vantage point, closing her eyes now and again, entirely relaxed. It felt unsettling yet freeing to translocate myself for a short time to an undisclosed hideout high above the trees many miles away.

Since then, I’ve checked back regularly and followed CJ7’s progress with interest. Back in January, when I was preparing for the workshops, I was doing a lot of thinking about the Osprey as inspiration for poetry. Now, after spending more time with CJ7 (albeit remotely) I find that once again I’m thinking about the Osprey as a subject for writing.

Two things in particular have struck me. One is the sights and sounds of the nest (yes, the live feed has audio). Not only is the crown of twigs and sticks the domain of CJ7 but a nightjar has appeared and been heard churring a few times. It’s been liberating to witness the sun rise and set over that unpeopled landscape from my living room, watching the weather and the light change hour by hour, day by day.

The other is the personal story of CJ7 who – six weeks after she first arrived – is still waiting for her younger mate, a bird called LS7, to return to the harbour. She’s laid three unfertilised eggs and for the time being she spends her days alone, mostly away from the nest. But I can tell from the chatter on the live feed that she’s made many people feel less so. After all, hers is a story we can relate to at the moment.