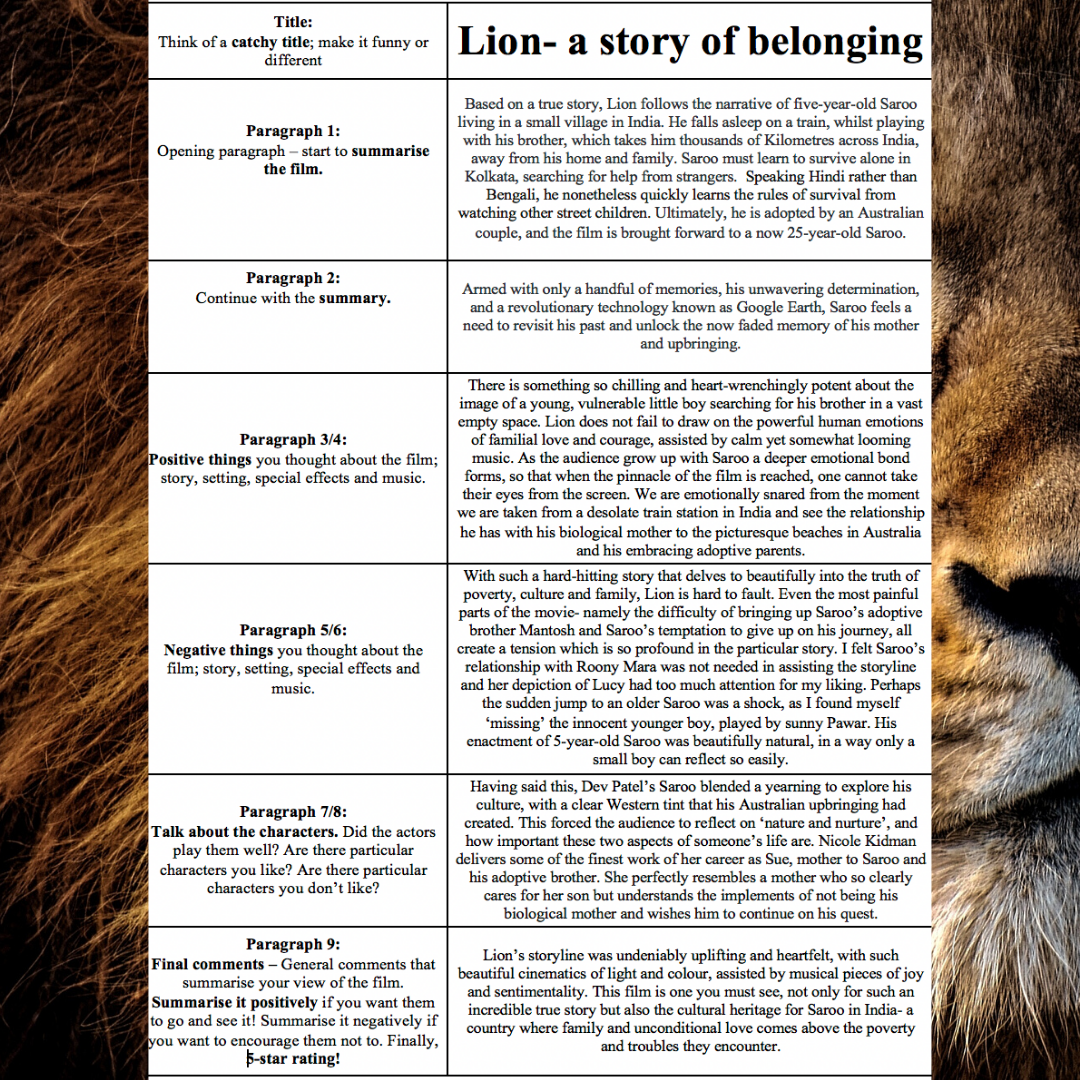 Group one -26 in attendance

With an influx of free time during lockdown, what films have you watched and enjoyed? This week our Young Writers started their very own film club as we collaboratively chose a film to watch in between sessions and reviewed it as a group.

Group one decided to watch and review The Life of Pi whereas the second group chose to look at a french film 10 jours en or.

The sessions started with a brief discussion of both films, understanding elements that we particularly loved and those that could have been slightly improved. The group was then given a template on how to write a successful review, so the structure could be replicated and filled with their own ideas. Below is the template that was offered ,feel free to utilise!

Title : Think of a catchy title; make it funny or different

Paragraph 2: Continue with the summary.

Eliza kindly shared her review on a film that she has recently enjoyed, titled ‘Lion- a story of belonging’. Below is her vibrant review constructed using the template I have attached above, touching on many aspects of the 2016 film ‘Lion’.

From film reviews to book reviews, we decided it would be a nice idea to document what everyone is currently reading! We used the chat section to share our recommended reads, which I will attach below.

Group one are currently reading:

One of Us Is Lying- Karen M. McManus

All the Light we cannot see- Anthony Doerr

The Girl of Ink and Stars- Kiran Millwood Hargrave

Lord of the Flies- William Golding

A reminder that the ‘Life in Lockdown’ competition is still open for entries, more details and how to enter are still available on the previous blog posts and our social media channels.