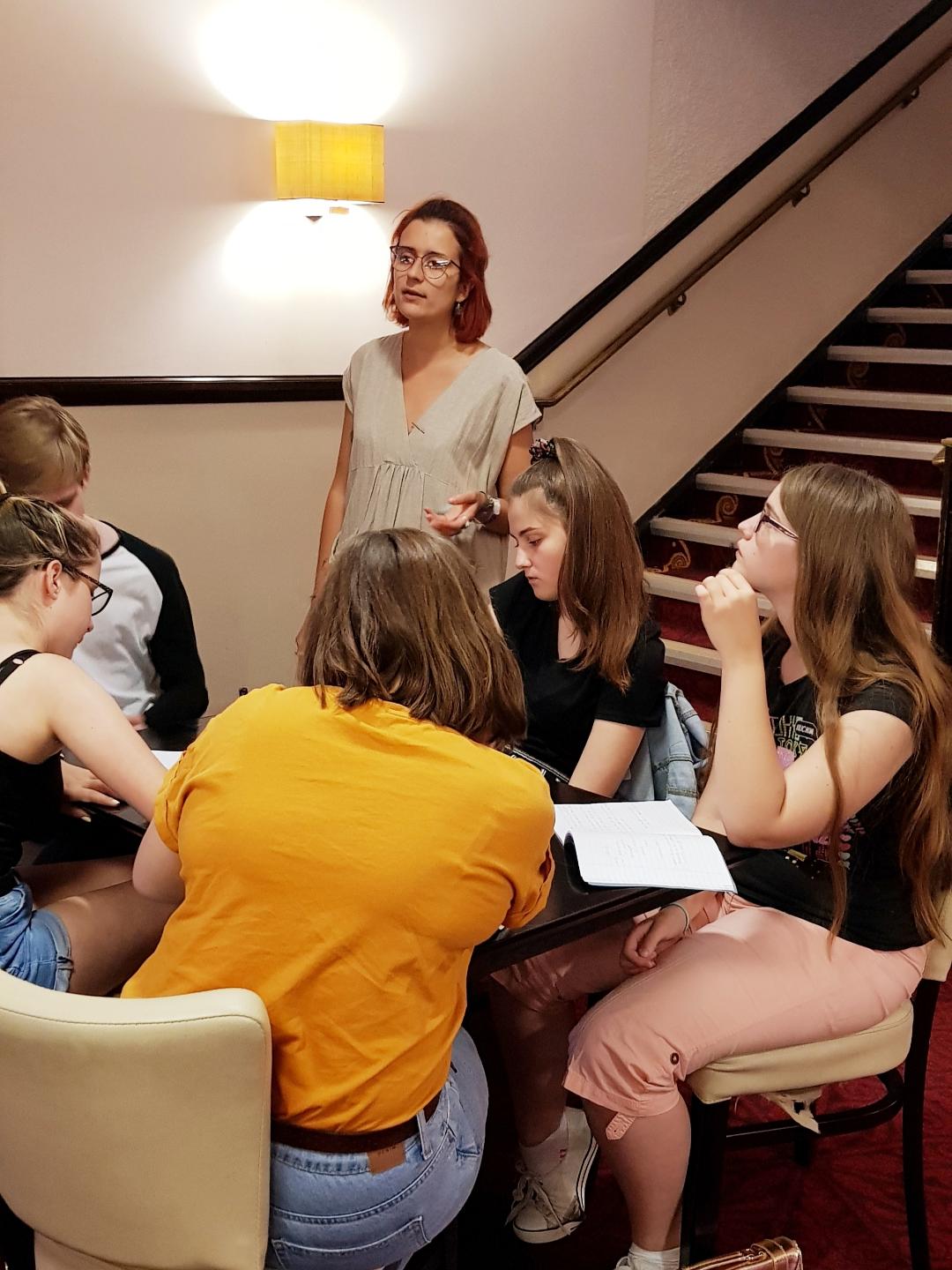 What is a stretchy elephant and what does it have to do with song writing, you might ask?

The answer is creative freedom.

Talented singer-songwriter Kitty O’Neal, aka March, gave the young writers a masterclass on song writing last week. The ultimate goal for a writer, she told us, is creative flow – an effortless stream of creativity – and one of the ways she exercises her imagination is by writing in her journal ever morning. ‘Forget about grammar, spelling and judgement,’ Kitty said. Allowing the stream of consciousness to flood the page can be a scary thought, but it is, as the young writers found, liberating and often entertaining! And there are, in those lines, many seeds of stories and poems that we can develop.

The song-writing session was one we were all really looking forward to because turning a creative idea into a song seemed like quite a daunting process. Lucky for us, Kitty broke it down into four steps:

Step One: The starting point

The starting point can be a conversation, a film, a setting – anything that inspires us to explore it further. There was much to get the young writers’ creativity flowing: times spent together in the Mayflower, shows they’d attended, a fellow writer’s love of the Eurovision song contest…

Kitty likened the second stage to a bird collecting for its nest. She ran the young writers through a number of ways that they could generate ideas: word clusters, mood boards, stream of consciousness exercises, etc. She got them up and active in a story circle, using one word as a starting point and building a story together, which proved, as expected, hilarious.

For the third step, once the young writers had their word clusters ready and some writing inspired by these words, they began to ‘cherry pick’. This Kitty described as the stage where the writers could select and polish ideas that they really liked and start getting a real sense of where the writing was going. Kitty guided the young writers through the process with an example of how she developed one of her songs. It was very helpful to hear how her thoughts had transformed from lines of prose in her journal to the lyrics of the song.

Feeling inspired, the young writers tackled Step Four: Forming the song. Perhaps the hardest part of writing a song is that lyrics must be written with an awareness of rhythm and rhyme, so the words have to be chosen not just for their meaning but the sounds that they produce too. Kitty reminded us that one of the best ways to learn how to do something is to start with the familiar. She gave the young writers examples of how they could borrow the musical qualities of ‘Twinkle, Twinkle, Little Star’ to write a song of their own. With all this support, the young writers were ready to try their hand at some lyrics using the ideas they had cherry picked.

There were so many weird and wonderful ideas in the room! Libby wrote about a frog called Freddie who was ‘leaping high / Past the tower in the sky’; Sam and Sophie wrote about Eurovision, Sam’s topic of choice: ‘We used to be quite good at it / But now people blame Brexit’; Milly, Katie and Amelia wrote their lyrics to the tunes of other popular songs.

We enjoyed the creative process greatly, but the best part was listening to Kitty perform one of her songs to bring the session to a close. It was the perfect way to end because we’d learnt about the whole creative process and here was the result – a beautiful song in Kitty’s soulful voice.

Next week is our final session before the summer holiday!

Until then, write on!