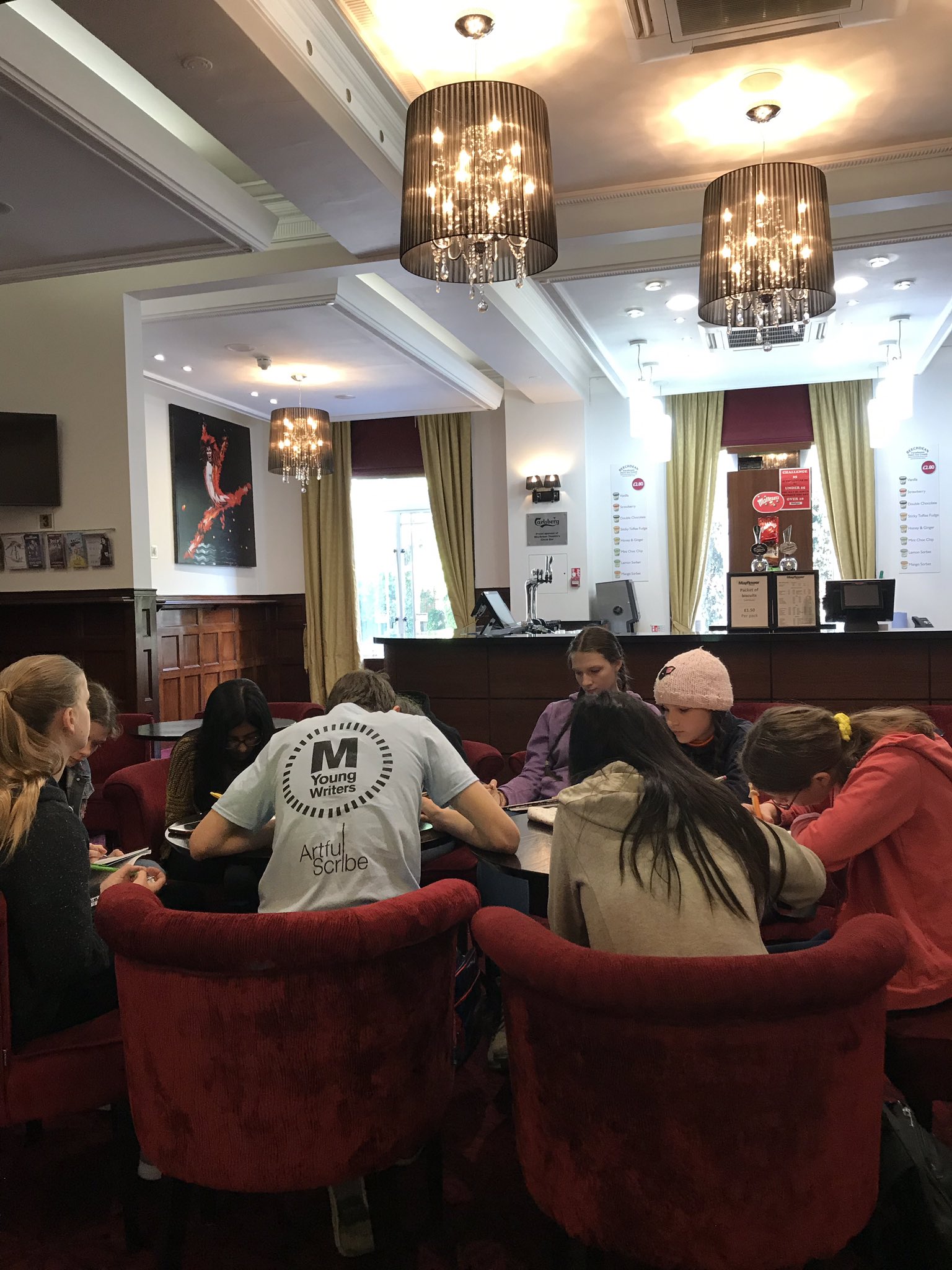 You step out of a Rolls-Royce in your fringed dress and feather headband. The house before you is a glittering mansion where an orchestra plays and buffet tables are spilling over with food. The garden is lit with a thousand fairy lights and below it, the dance floor awaits…

This week’s session was all about drawing inspiration from the parties and music of the 1920s. The 11-14s watched the grand party scene from The Great Gatsby film and we imagined how it would feel to be there. Would we dance? (Hmm...) Would we try every hors d’oeuvre? (Yes.) Would we jump into the marble swimming pool? (Oh, yes!)

Now that we could imagine ourselves there, we turned our attention to writing about the experience. Before we began, we mind-mapped what makes a good story: setting, character, dialogue, conflict, a satisfying ending, were the key elements that we listed. These were going to help the young writers craft engaging stories.

As we were in the Circle Bar of the Mayflower this session, it was the perfect setting to imagine being in a grand 1920s location. Everyone got to writing and half an hour later, we were ready to share the stories. The young writers swapped notebooks and reported back with a summary of their friend’s story and an example of what made it special. Identifying specific quotes was a productive way to talk about the elements of good writing. What makes this a great story? was a question that the facilitators asked often during the feedback session.

The 15-18s watched the Gatsby party scene too, but they also had the pleasure of listening to Fats Waller and Ella Fitzgerald. Music playing in the background, we started to work on the first of two tasks for the session – a letter written by someone in the 1920s, describing a party they’d attended. While the parties were rendered well by all the young writers, what really brought some of the letters to life was how well the thoughts and feelings of the character were incorporated into these descriptions, one example being a young man writing about how much he missed his boyfriend at the party, and another, a young woman writing to a husband who was missing in action.

The second task was set as a contrast to the first – a third-person story set at a modern-day party. As an added challenge, the young writers could connect the story to the letter in a creative way. There were some great stories to share at the end of the twenty minutes – a teenager whose birthday party is ruined by her brother and his friends climbs up to the loft to find a letter by a man to his boyfriend, a college student at a beach who feels reluctant to join the party finds a letter in a bottle from a wife to her missing husband, which inspires her to live in the present.

We had a creative Saturday morning writing about parties surrounded by friends who enjoy writing as much as us!

Until next week, write on!