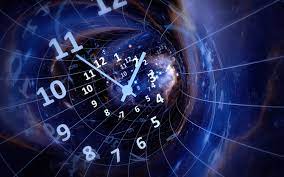 In our final workshop before Easter, we were looking at creating a final adventure for our time travellers!

As time travel adventures could fit in brilliantly to submit to the Wilbur and Niso Smith Foundation 'Author of Tomorrow' adventure writing competition, we started by looking at this competition, what makes a great adventure story, and some of the previous winning and commended stories from last year's anthology.

Inspired by this, the young writers thought about these questions...

...and then they started writing!
Here are some of the adventures from the younger group - blending action, suspense, emotion and comedy!
Slowly sitting up,Riley’s hand swiped to her chest to find her pendant was gone.Her eyes teared up as she scrambled onto her knees and searched tirelessly for the pendant that was once on her neck.“You’re not going to find it Riley!”A small rabbit began as she started to approach the crying girl. “How do you know who I am..And how can you talk?!”Riley stuttered as she stood up with trembling legs. “I will explain later,just follow me.”The rabbit called out hopping onto the girl's shoulder.Confused and scared,the teenager walked around for hours on end.Her stomach rumbled,her lungs ached and her hands shook out of place.The floor was burnt to a crisp,volcanoes erupting were heard everywhere you go and the plants and trees were half eaten.The hour’s felt like days,until eventually Riley collapsed onto the floor with sweat dripping from her face and her stomach eating her insides.Suddenly,a thud came from a bush and out emerged a t-rex...            BY ANNIE
TREVOR AND THE OLD LADIES  Trevor goes back to the shops for his normal samosa. Can he get it?   Trevor was going to a different Tesco and found the last samosa, the PERFECT ONE. “OOII GET OFF MY SAMOSA!” screamed an old lady,” LEMME GIVE YOU A GREAT WIPPING YOUNG, no, actually, OLD MAN!!!” The old woman slung her purse at Trevor’s face and grabbed the last samosa.  “Hopefully there’s not old ladies everywhere I go.”  Tesco failed him again, now co-op was his next choice.  “Nope I’m out.” He said calmly as he slowly backed away from the granny infested shop.
Next stop, Asda. Trevor walked in. He got a trolley and started looking. His eyes melted (not really) as he fainted. He fainted in the Asda full of grannies.                        BY SAFIR
Solaris looked upon the barren landscape below him. to his side, Skylark, his cousin was playing with some crabs. she looked up as a turquoise-winged skykid landed next to them on the green sand. ''Jade, its good to see you'' said Solaris.                                   ''why are you here? the golden wasteland is not for young wanderers like you. and last time I checked, you only left the mainland a week ago.'' Jade said angrily  ''Skylark and I thought we could explore a bit, but you are correct, we should get back to Apollo'' responded Solaris.   the three young skykids flew back over the blackened grasses of the golden wasteland, it was funny because it was neither golden nor full of waste, it was just....empty. i suppose that explains the past a bit, for you see a very long time ago, skykids used to be able to go anywhere they liked...until the kingdom fell into fear, and only very few skykids could survive. in this world, you had to be cunning and clever to survive...            BY JASMINE
In the younger group, we also had time for a final Easter-themed game, where the young writers each had to pick an Easter egg from the screen - behind each Easter egg picture was a plot twist for the young writers to include in a flash fiction story about an Easter egg hunt! Twists varied from 'one of the eggs explodes' to 'a golden bunny appears and tells you to follow', to 'one of the eggs keeps moving as you get closer to it' to 'there is a jewel hidden in one of the eggs'! Here are some of the resulting stories...

Mason chased after the golden egg, it rolled over the grass
and did not show any signs of slowing down. Mason was only 3 but he wasn't
going to give up this easily, however what he didn't know was that Emma, his
older sister, had the egg attached to a piece of string and was pulling it away
from him the closer he got to the golden egg.
BY JASMINE

Trevoretta (Trevor's sister) went egg hunting. They tried to
find an egg but couldn't find one.

"OH CURSE THIS ROTTEN EGG HUNT!"
"Calm down," a voice came from the shadows.
"Follow this voice"
Trevoretta followed it to an egg.
"Here"
Trevoretta was delighted. Until the egg exploded into fart
spray.            BY SAFIR

It was a lovely day, the sun was out and there was a slight
breeze. We'd picked a great day for our annual hunt. I'd already picked up 10
eggs, most of which I have devoured on the route to the next one. As we were
walking, I saw a slight glimpse of gold foil in the grass opposite. "Got
ya!" I shrieked, and ran towards the egg. Everyone else followed close
behind, a lot of sighing from those who hadn't yet gotten an egg. I'm an expert
at this. I ran towards it but as I approached, it seemed to of moved. "It
must just of been the wind" I muttered, giggling. However as I moved even
closer towards it, it moved again. What? That was confusing. I reached towards
it again. This time, a scream let out. "AAAAAAAAAAAAHHHHHHHHHHH" the
egg started running. I sprinted towards it. "AAAAAAAHHH DON'T CATCH
ME" the egg spoke. I sprinted towards it. "come. here. now." I
sternly spoke to this mysterious egg. It disappeared into the distance.            BY ALEX

Have a great Easter and we look forward to getting back to some new writing for the summer term!
PreviousNext