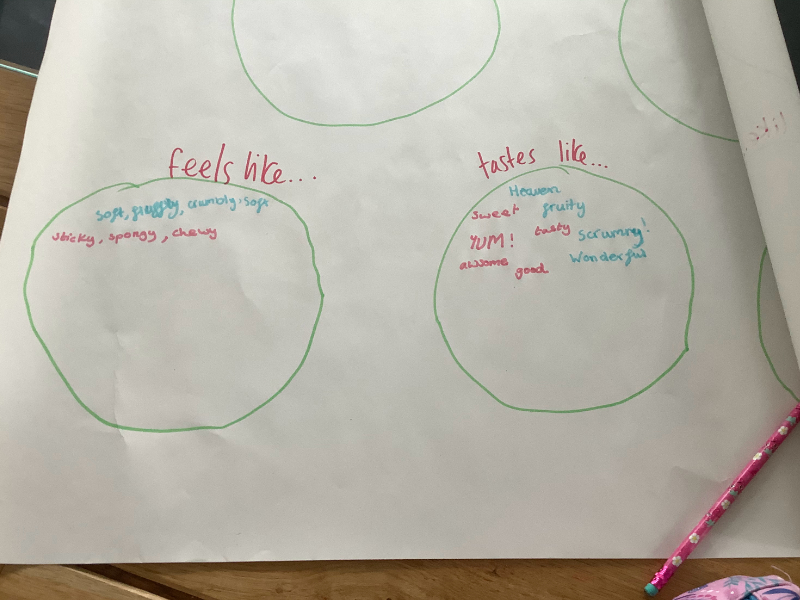 It’s the start of a new term and what an invigorating start it is.

MAST’s first birthday is just around the corner - it’s hard to believe we’ve been here for almost a year, it’s felt like both no time at all and also like we’ve passed through worlds in our little room.

To celebrate, we’ve been asked if we would like to write a little something to contribute to the celebrations.

Getting our creative juices flowing again after the break, we started by going around the table creating a story a line at a time in Junior Writers, each person picking up where the last had left off. Our main character was also the villain of the piece, a dragon who ate the dog who turned him down for lunch. Don’t fret though, the local townsfolk rescued him, but then they were all too afraid of the dragon to be friends with him until he made amends with the dog.

One of our Junior Writers group’s favourite things is food - specifically cake - so we used Michael Rosen’s poem Chocolate Cake as inspiration. He exaggerates the experience of the cake using the senses and onomatopoeic sounds. After creating a bank of cake-y sense words, we worked together to create a poem all about cake in general as we couldn’t decide on the best type of cake. Contenders were chocolate (though that was also said to be least favourite) apple pie, a host of fruit flavoured cakes, cheesecakes, macaroons, and sticky toffee cake.

By the end of Junior Writers we all went away satisfied with our poem but with growling stomachs!

The Young Writers chose what they wanted to do to celebrate MAST’s birthday and came up with the idea of a party where everyone views it differently. This morphed into a script as everyone added their ideas and characters, who included the annoying younger sister, the arguing clown and magician with his wayward rabbit, a pony dressed up as a unicorn and the timeless favourite, Grandma as a dog.

With the aid of Anna typing everything up on the board as we went, we chopped and changed the outline before finally filling in the lines in a lovely little writers room worthy of the BBC.

I can’t spoil the ending, but I can promise it’s hilarious.

(MAST celebrate’s its 1st birthday at the end of the month, at which point I will add the poem and script here, so watch this space.) 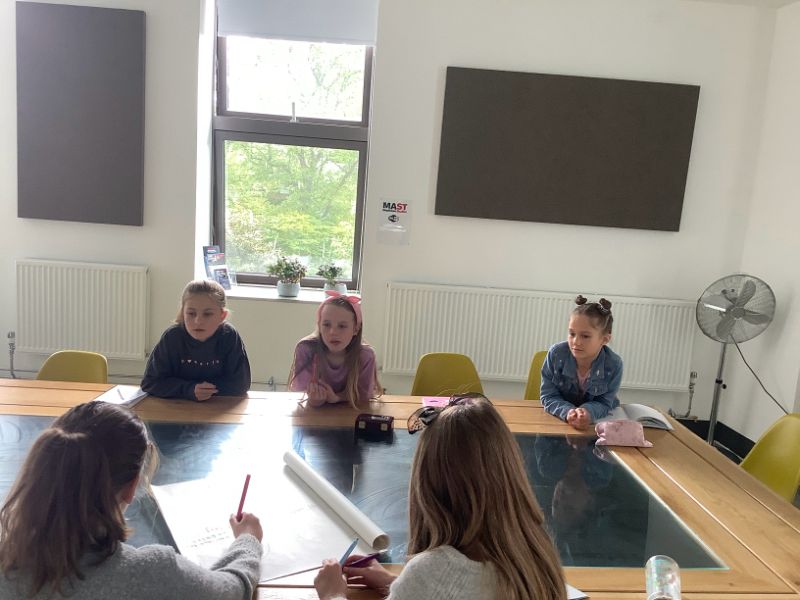