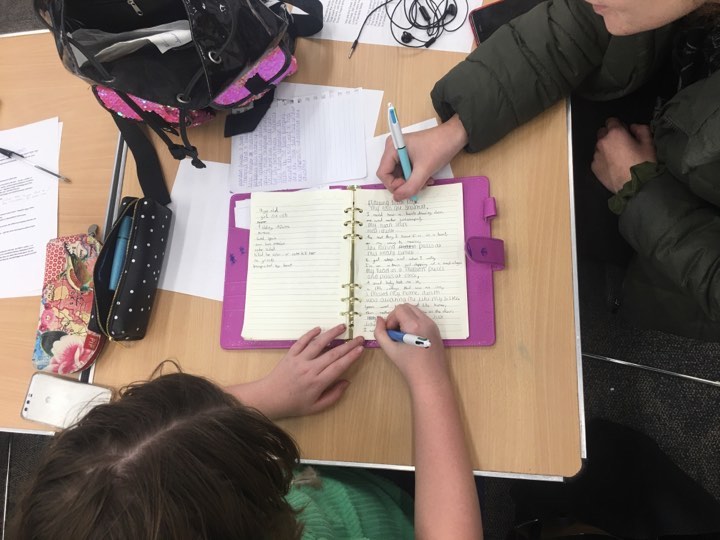 This week, Young Writers was focussed on War Poetry, inspired by the upcoming Memorial Day.

To kick off the session we first focussed on similes/metaphors, and came up with some of our own. By using similes, the young writers are able to inject their poems with strong, tangible images. The given by Tabby were:

A few examples of the young writer's similes were:

The poppies were as red as the blood of the fallen.

As a group, we read through In Flanders Field by John McCrae and discussed what we thought it could mean. We pulled apart the metaphors including the 'torch' - the symbol of light, and of passing on the flame.

Then, inspired by this same poem the young writers were asked to write their own poem from a narrative point of view of someone in a similar situation, about POPPIES.

In Flanders Fields the poppies grow,

down on the mud where the soldiers show

they mark our earth; in the sky

are where the spirits of the fallen fly

They fought for us, they bled for us,

and now all that's left to discuss:

is the grey, dark sky filled with dust,

and the useless guns, covered in rust.

After a short break, the young writers then read and analysed Bombardment by Richard Aldington.

We discussed the meaning of the poem and how in this poem, the narrator is in the trenches himself, and that the overall theme is much darker and gloomier than In Flanders Field. After reading Bombardment and recognising it as a more 'realistic' poem, the young writers were then asked to sit in pairs and create a character that would have been involved in the war, e.g. a nurse, an army general, a housewife, etc.

Some of the characters created by the young writers included:

- A fighter pilot who had his hand blown off in a crash, but is later built a mechanical hand by his father (a bit more SiFi than the others!)

From these characters, the young writers then wrote poems which reflected their lives and feelings.

Why didn't I take my chances,

tell tear girl I liked her, ask her to the dances?

Now that I'm on deaths door,

I do nothing but regret not doing it all before.

Before my world turned into blood,

before I slept with nothing but corpses and mud,

all I see are my friends, my enemies bones,

watch them be buried beneath anonymous headstones.

Erase all these memories from my head,

go home before I wind up dead.

Jumping straight into the thick of war poetry, the young writers read through a selection of sonnets including Pain by Ivor Gurney, Anthem For Doomed Youth by Wilfred Owen, and When You See Millions of the Mouthless Dead by Charles Hamilton Sorley, and discussed what they found to be interesting/powerful/emotive etc.

We agreed that The Soldier by Rupert Brooke is a poem which displays hope from death, and is interesting how the rhyme dwindles towards the end of the poem. Anthem For Doomed Youth was read as a more realistic representation of war, and stripped of any beauty and patriarchy. Archie felt that When You See Millions of the Mouthless Dead is almost an opposite of The Soldier, in that its too late for apologies as no one, who deserves to, can hear you. All poems had a mixture of rhyme schemes, tones, and narrative positions relating to the war.

The young writers were then asked to imagine that they were either in the war, or looking back at the war, and to write a sonnet. A sonnet is a poem of 14 lines adhering to the syllabic scheme of a iambic pentameter on 10 syllables per line. However, the only needed to focus on making it 14 lines and using any rhyme scheme they liked.

To warm up and give the young writers some substance before hopping straight into the sonnets, we played the simile and metaphor game, in which the writers had to come up with similes and metaphors to describe the words: mud, sunset, trench, barbed wire, frost, and poppies. Then then had to write lines that rhyme with: dawn, blood, stars, hope, rain, and attack. Then write 10 syllable lines from specific topics that Tabby curated - e.g. 'a soldier waking up'.

After this, the young writers wrote their powerful war sonnets.

Truly this is our darkest hour

Where a small child holds all the power

Where fields are shelled and terror formed

I wish this happened, never more

Truly this is our darkest night

As the age changes, so does wrong and right

As the sun retreats, men fall into slop

As a moustached gent shouts "over the top!"

Truly this is our darkest day

For bonds in blood we must repay

Drip away onto muddy dens

Truly this is our darkest age

As we bleed to break from our cage

Ameera, one of our brand new young writers, wrote:

The mud ties me to the fields like shackles of slaves,

Stark and crisp the morning mist shot my breath,

Pouring light into the distance, the sunrise had a dance of death,

Trench you are my protector, however cold like graves.

Prickling like sulphur gas, the frost itches my skin,

Once eating a feast, now a morsel,

I am so thin

Stand there, out there where bullets will pulse me with pain,

Echos of screams as I go insane,

The only memories of my comrades in a bloodstain

My heavy bags packed, like the weight of freedom,

Responsible for my country however I'm no martyrdom 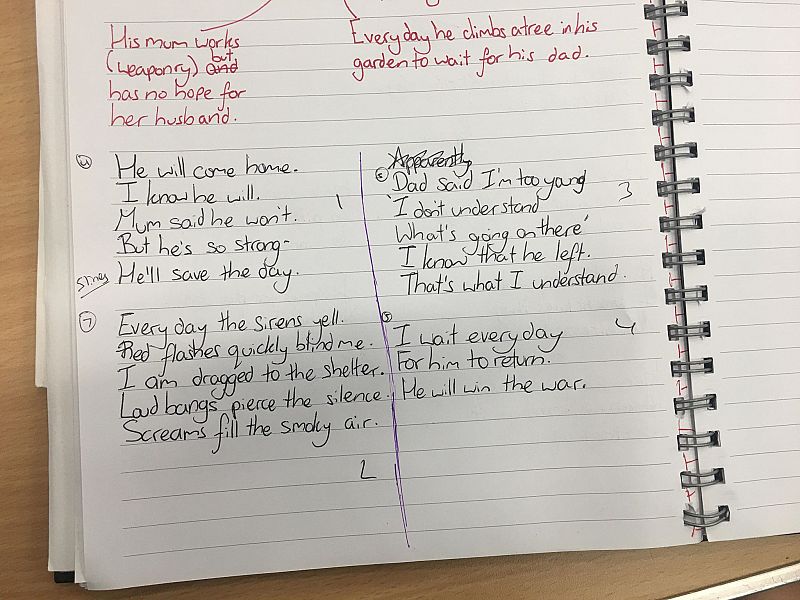 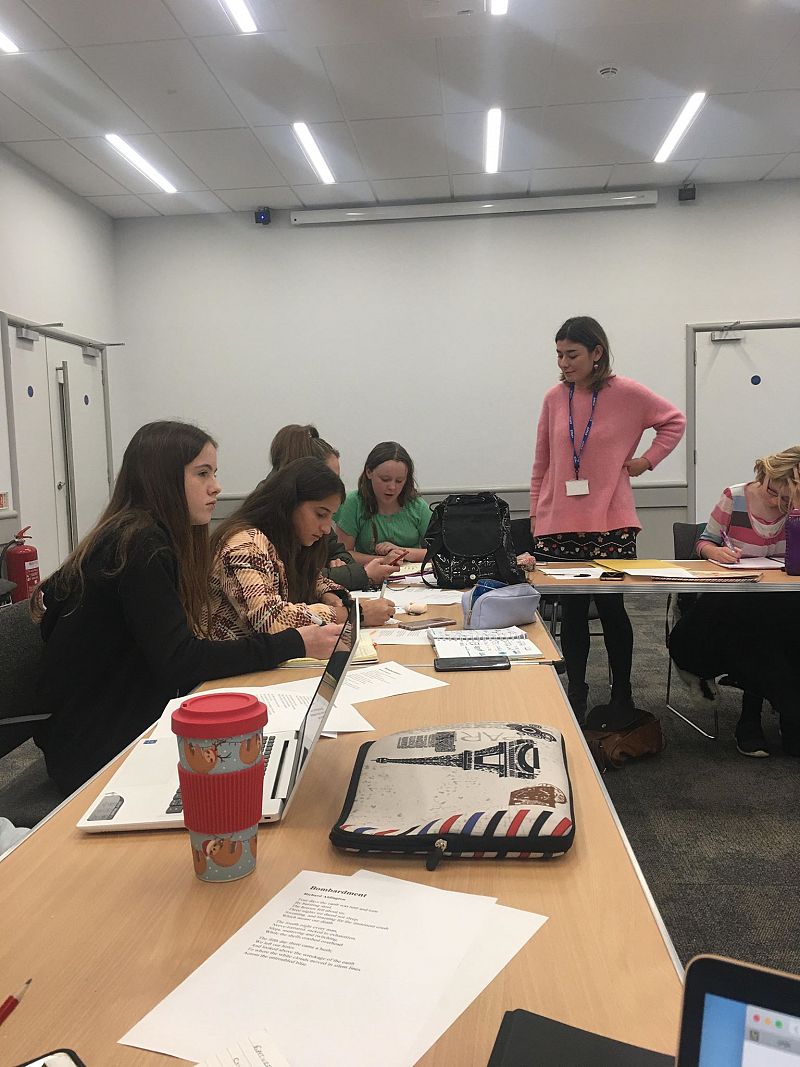