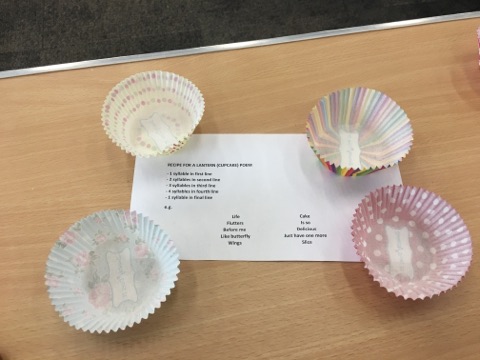 For the Signature Challenge, the Young Writers were asked to write a poem about Spring which included a metaphor.

The flowers grow, row on row,

Last flakes of frost melt, spring is on its way.

A brown stag leaps, away he keeps from the frosted shadows.

Where his hooves hit, daffodils grow,

The snow drops bow their heads as spring comes,

The grass waves happily in the wind no longer cold.

Spring crosses a meadow where it is all frost,

His hooves softly press the cold ground and the flowers come.

Next - the technical challenge! Recipe for a lantern (cupcake) poem.

In order to create the shape of a cupcake, it had to be structured in a specific way:

once you can walk

Before moving on to the Show Stopper, Tabby talked through the process of Part D of Arts Awards, and handed out the forms.

And now we start the SHOW STOPPER!

For the Show Stopper the Young Writers had to write their best poem on any topic they like - love, school, the mountains, etc. They had to include at least 3 stanzas, and inventiveness of structure and language.

Evie wrote (in the shape of an hourglass):

But you don't know how big it is

You don't know how long it will take to empty it

You'll only know how long you

had to live, until it's too late.

And the second round of competitions is off! The writers get their pens to the ready and dive straight into the Signature Challenge, where the theme is 'The Day That Rarely Happens' and they must include at least one rhyme.

The day that rarely happens

You're wondering what it could be

Well take a seat and listen

And I'll tell you of the day I spent in glee

It's the day where I wake up

I'll have to bar the door again

Or my mums head will blow!

It is then that I finally get out of bed

And hesitantly open one eye

But the sight that meets my unexpected gaze

Makes me so ecstatic I could cry!

'Ah yes', I think to myself

As I prance around my room with glee

The soil from the flowers

Which are now potted on the windowsill (to be continued!)

Next, is the Technical Challenge, there the bakers are asked to write a poem with a Villanelle recipe:

- One four line stanza (to finish)

They were also provided with an examples of a Villanelle poem - Dylan Thomas and Elizabeth Bishop.

Some Young Writers found this challenge difficult and almost impossible (including myself), while others smashed it.

It's a feeling you hate but begrudgingly love

They taint your thoughts of someone high above

Trying to call for more time, it just won't come

It's a bottomless feeling, a pit of unknown

When the worst thing in the world happens so young

It courses through you, a relentless flow

Nothing can hold you against the crush of the grief

The fabric crumbles in your palm, worm handkerchief

To be able to hate the feeling would be a relief

Their brief was - at least 3 stanzas, at least one metaphor, and ANY subject. 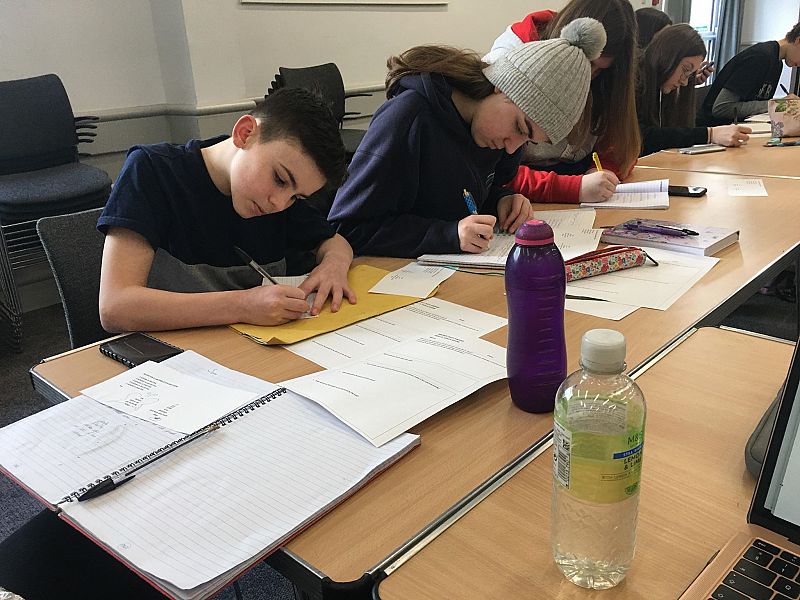 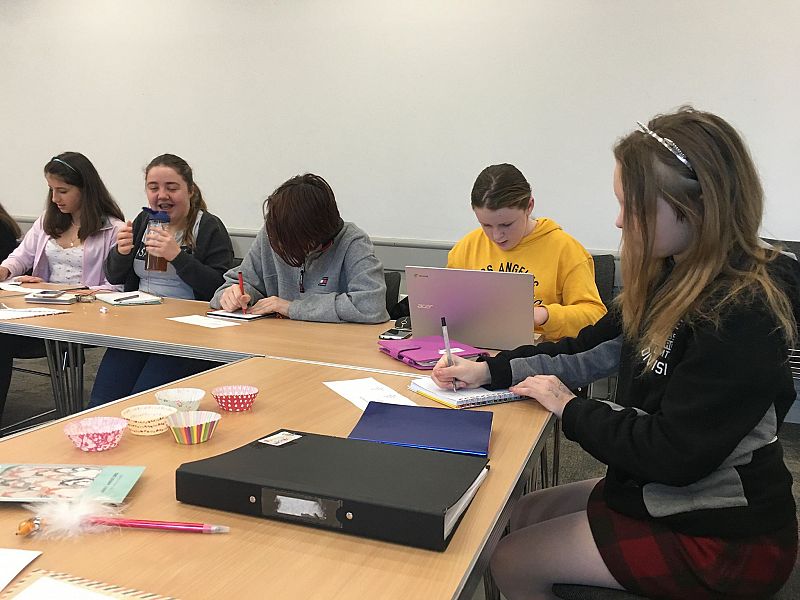 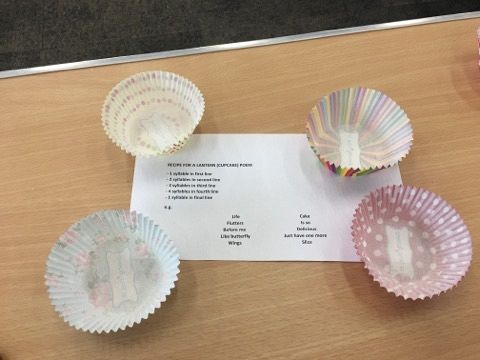