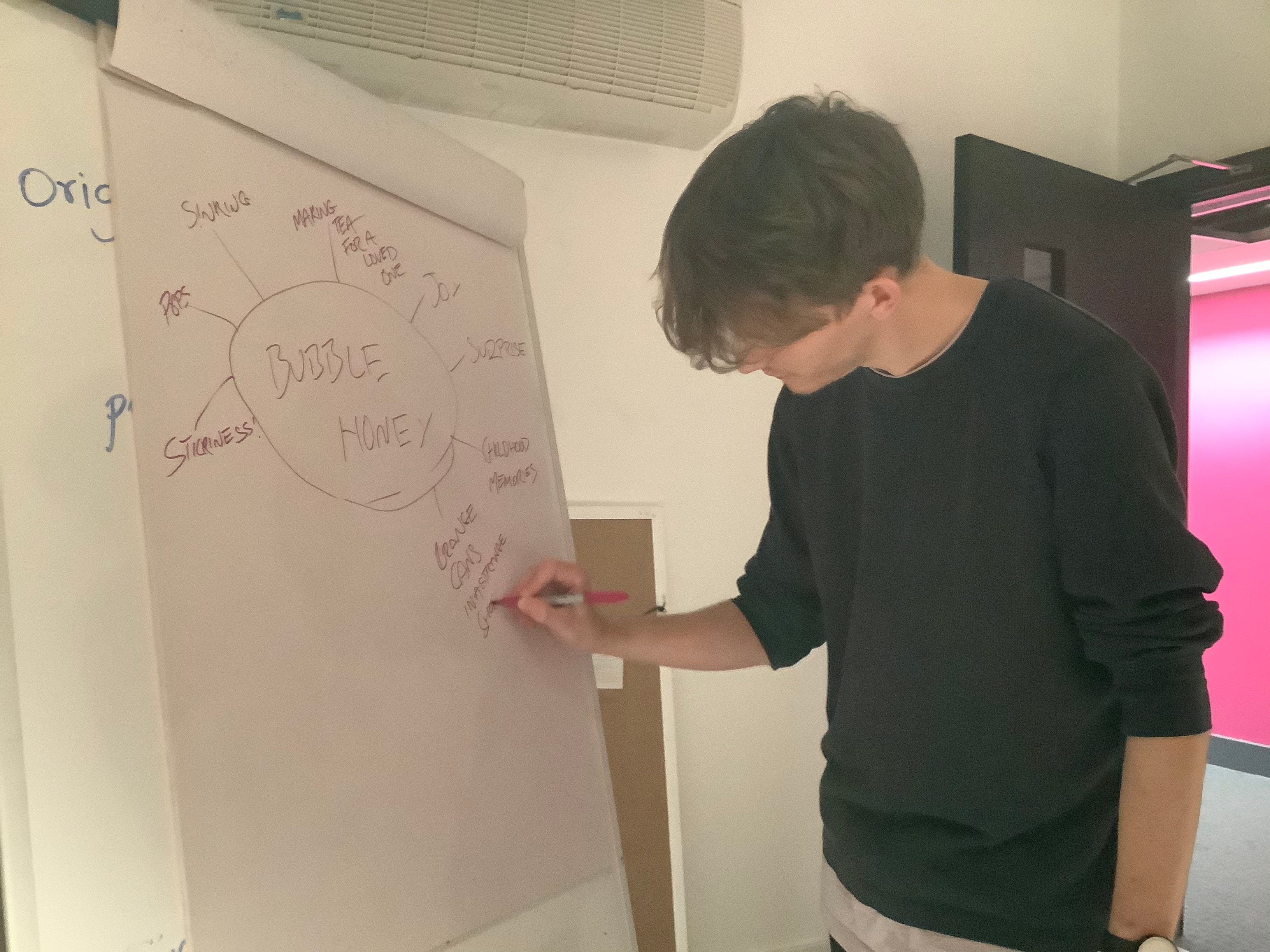 The prompt that began this week’s session of Crow’s Nest was to ‘describe your week as a soundtrack’ taking into consideration the genre, instrumentation and general vibe. Responses ranged from alarming organ music which chills your bones, persistent violins, and music composed by somebody else. Other answers were multifarious, combining intense drumbeats with lyrics that are sung with a tinge of sadness in one case, and in another, upbeat music with the fact it is badly recorded on a mobile phone.

This act of jamming things together was about to become the basis of the session, when Antosh asked us to crowdsource as many textures as we could think of (frosted glass; freshly shaved legs; varnished wood; mushy vegetables) and then create texture-jams (some of the most visceral creations included: tinfoil-pillow; velvet-spaghetti; crunchy-water). The group was in stifled hysterics for a while as we added ‘legs’ to about everything we could (crystal legs; half-cooked legs; simply, ‘old legs’ was a favourite).

The idea behind the activity was then to counter-engineer the process of creating ideas that we had tried in a previous session, working from the abstract (fear) to the specific (insects; sweat; heights), and instead from our very specific texture-jams build out into the abstract – what are all the emotional connotations we get from a combination like ‘bubble-honey’?

Having mind-mapped these, we were introduced to Anne Carson’s poem ‘Longing, A Documentary’. It is admittedly an ‘opaque’ piece; we interpreted all sorts of character motivations from the presented narrative, most of which assumed murderous intent – there is something ominous after all about unloading the contents of a trunk into the nearest river. We felt she might be destroying photographic evidence of a crime, or perhaps framing somebody for it.

While we mostly came away from it confused, the poem had offered us some vivid imagery, and we were tasked next to copy its model – creating a photographic shot list, optionally also supplemented by subtitles, in order to unpack our chosen texture-jam.

Vic’s piece is shared below.

Some of our general thoughts from the activity included being surprised to use the passive voice more than we usually would, and that it produced ‘factual’ cohesive writing.

We ended finally with a look at Rainie Oet’s poem ‘I Miss the Slug Ooze of That Summer You Died’, which features random but memorable events of varying significance that seem to merge into a cohesive atmosphere, using it as a model to write our own first-person-perspective exploration into our texture-jam and all its connotations.

Crow’s Nest returns next Tuesday when we have been encouraged to bring along our own writing (up to 2000 words of prose, 1-3 poems, or up to 7 pages of script) to workshop together. Longing, A Documentary by Anne Carson 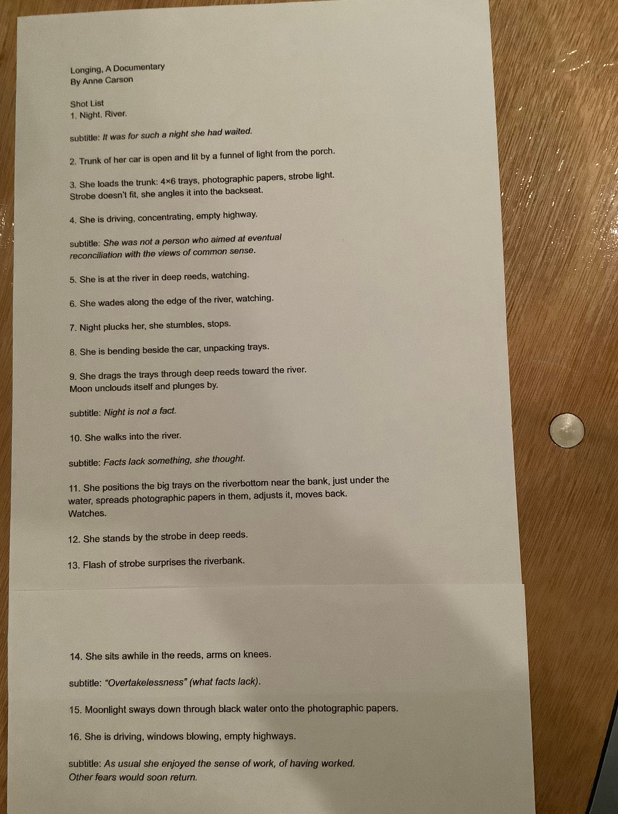 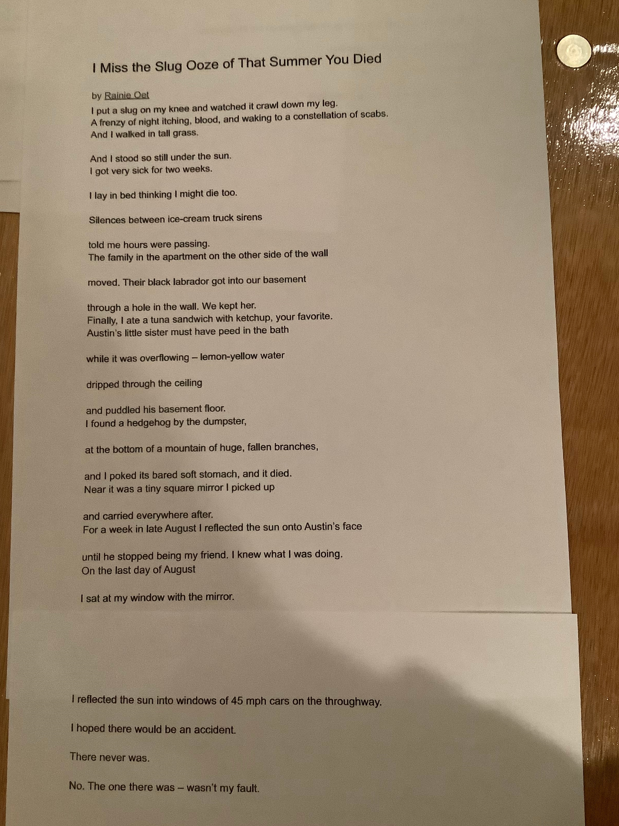