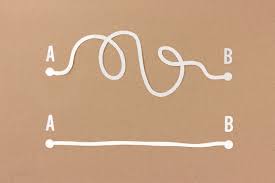 A very simple exercise this week, and one that showed me again how ‘simple’ can produce a fun exercise, a great discussion and useful insights.

The set-up was easy. We chose a letter, in this case ‘P’, and then participants took five minutes to list as many words as they could starting with that letter. We then had a read-around of our lists.

What was startling here was the variety. Each participant had listed a similar number of words, and there were some crossovers, but the vast majority were particular to the individual. The common experience was of writing every word you could think of before running dry, and then when listening to another's list thinking, ‘how did I miss that one!’

Chatting over the lists touched on the ways they were constructed. We found words by category (food: pineapple, parsnip, potato), by rhyme (play, portray, prey), by replacing letters (pill, pile, pole), in sentences (Peter Piper picked a peck of pickled pepper), and through swearing (p***, p****, p*****).

The next step of the exercise was for each writer to pick three words from their list and pass them to their neighbour. These three words were the ‘prompts’. We then wrote for fifteen minutes, the only direction being to somehow weave your three words into your free-write.

… and here is one of the things I've always loved about going to a creative writing workshop: the amount of time I have spent looking at a blank page, thinking ‘I have nothing to write’ would fill a novel, yet I go to a writing group, have a laugh and a chat about words, my neighbour hands me a scrap of paper with three random words on it (pilchards, primrose, pear) and before I know it I'm scribbling away as pleased as a penny in a pie. What's also great is seeing that experience (of time, space, opportunity, inspiration, energy & community to name a few) repeated weekly.

The next step was a read-around of our free-writes, followed by feedback. One of the interesting points to come up in our particular session was the idea of a ‘reason to write’. The question runs along the lines of ‘Why write? What is it that makes a story worth telling?’ and the response is something like, ‘Well, something happened, or something different happened.’

Three quick examples to illustrate: one of our free-writes was about a bike ride to the zoo (to see penguins) but began with a punctured wheel. Another talked about a picnic in the park and ended with being surprised by a lonely primrose amongst the daffodils. Or, in the meta-narrative, someone hands you a piece of paper containing three words beginning with ‘P’. In each case, something happened, something different.