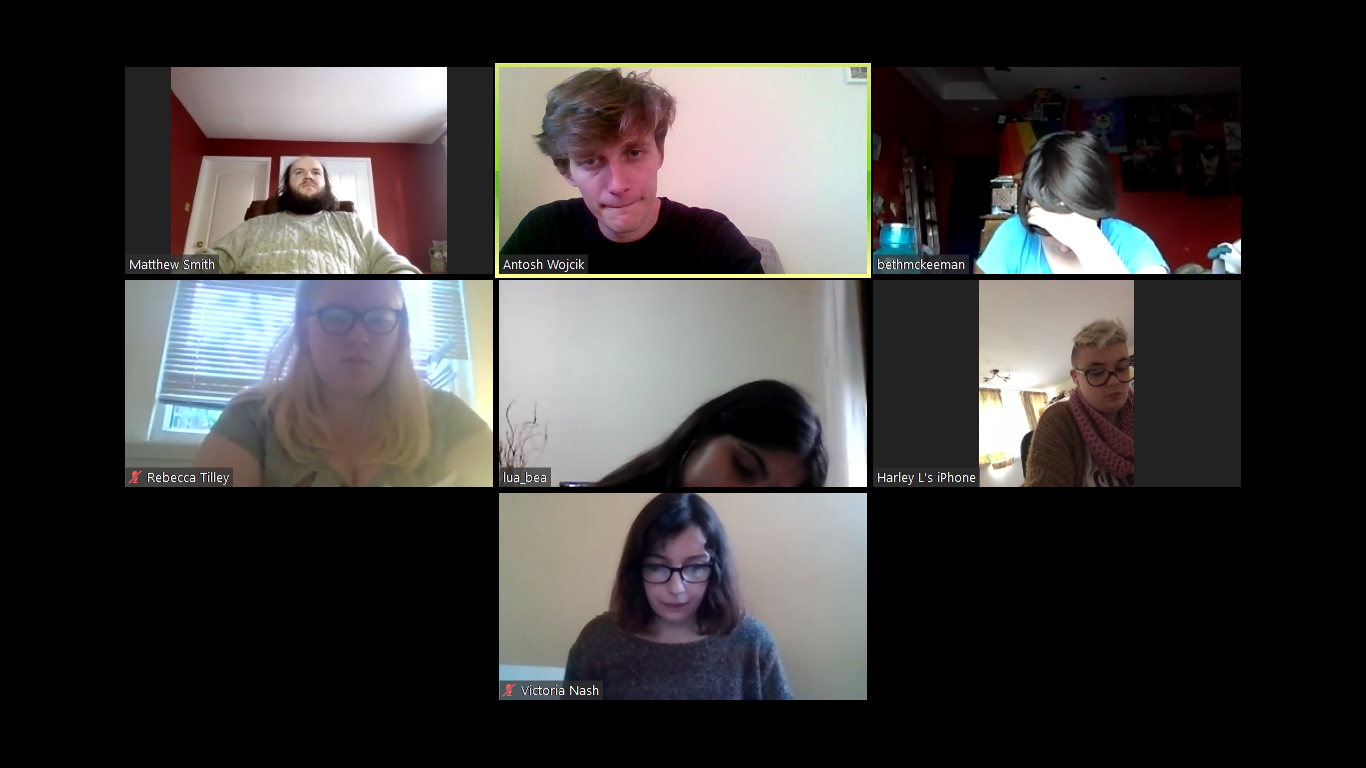 It’s strange to see our writers in boxes on a screen, but in these times it is good to know we can still connect. The session starts the same as they ever do, we coalesce around the experience of our last week through the abstract. For this week we talk about our respective weeks as a piece of fruit. Our writer’s weeks were brown bananas still good for baking, fruit that barely has a taste, the bitter taste of papaya, summery but not fresh, the kind you eat whilst watching a movie, they don’t know if the fruit smells like “sun or rain,” the disappointment of a melon boat, “at first you’re like oh wow this is really cool, and then they bring it out and it’s just sliced melon.” A varied basket of fruit to devour, that I’m sure we’ll all find relatable in one way or another.

Our first exercise for this session requires our writers to take one word from each sentence and reuse it within the next sentence, with three optional starting sentences as prompts:

Well so it goes.

For some reason they felt the need to be brutally honest.

Writer’s describe the exercise as “challenging because sometimes I knew what I wanted to write next. It became a problem to have to solve.” Our prompts elicited some powerful lines from our writers such as “they had always known the situation would deteriorate, the people to blame would be put to death,” and “they felt like honesty could be measured logically, weighed out on human scales.” Our writers comment how starting from the optional prompts provided moved them into writing a certain way, in the cases above towards the dramatic.

Next I provided my first exercise for the group based around erasure poetry/blackout poetry, encouraging writers to use a text they have already written and create a new piece by redacting what is already there. Antosh comments that “it’s almost the reverse” of the previous exercise except now we’re “subtracting instead of adding.” There’s in fact so much subtracting that one of our writer’s manages to boil down a two-thousand word piece into three sentences! Another writer remarks that they “like scribbling” and that the exercise transformed their piece from “head injury to Greek tragedy.”

We next move on to workshopping some of the pieces that have been generated by our writers over the last few months. Today’s offerings are a visceral imagistic poem steeped in religious iconography from Rebecca and a dreamy freewrite from Beth containing a crazy magician with millions of rabbits. Even through the obstacles of our screens our writers manage to be their warm selves and offer up the encouragement and constructive critique that we’ve come to expect. It’s here, in this place of comradery through technology that we close our first Zoom session, as connected as we always were.