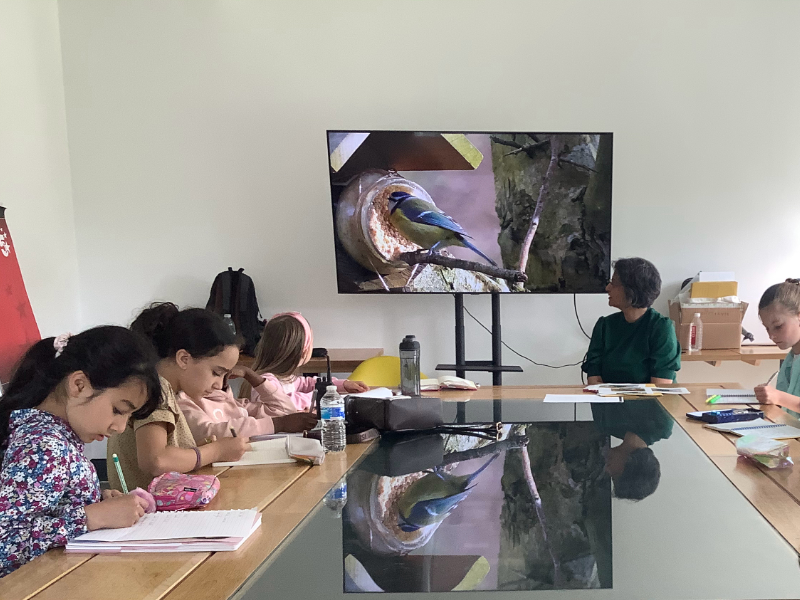 It’s a bright morning, the birds are singing and we are adding to it with our own darn chorus, though thankfully it’s not 4 in the morning (we might like bird song but all agree that’s too early to be awoken).

Why don’t you take a moment to listen to some bird song and try to describe the noises they’re making?

Our Junior Writers had to think hard about how to translate the chirping and cheeping into onomatopoeic rhythms such as chrr chrr or oh-wo-hoo. Oh-wo-hoo.

Laura Mucha’s poem Listening to is an acrostic poem using the sounds of birds to create BIRDSONG. As an abstract piece which didn’t rhyme or have any words at all it was controversial. There was nothing to make sense of, no emotion, it felt more like a not to the author than poetry. But then Susmita reread the poem with emphasis on sousing like a bird, bringing life to the poem and giving the sense that the strings of letters were previously missing.

Finding the rhythm of words is an important part of poetry, and writing in general, even if those rhythms aren't words as we know them, as our Junior Writers discovered making their own onomatopeic acrostics.

Straying back into more comfortable territory, with recognisable words, we used the visuals of birds and the poetic device of kennings such as used in Robert MacFarlane’s poem Kingfisher. Kennings compound to descriptors to make a single descriptor that explores the essence of a thing, such as fire-bringer for the flash of a kingfishers underside as it flies.

Tasked with creating five kennings for each of our birds, four groups created poems for a parrot, a peacock, a robin, and a mandarin duck.
In the Young Writers we explored the polarising nature of blood. It can be both an image for life and death, pain and family. It can mean so many different things, yet it’s also a very unifying thing as it’s something we all have in common. Using Celeste Herriots’ poem Blood and Rabindranath Tagore’s poem The same stream of life, we saw how both connected this unifying force to the wider world. In this style of linking to the wider universe/ life and using second person we applied this to other aspects of the body.

However, we were feeling very tired. But everything can be a source of creativity! So we wrote poems about tiredness - what it felt like, why we were tired, what tiredness is.

To end this blog, I will leave you with some facts about blood, which we incorporate into our poetry.

1. The human body produces 2 million red blood cells every second!
2. Blood makes up 7% of human bodyweight
3. It takes about 60 seconds for a drop of blood to go from the heart, around the body, and back.
4. Haemoglobin has iron in it which bonds with oxygen, giving blood its red colour
5. Our blood contains 2mg of gold!
6. Japan believes your blood type determines your personality, there are food and drink and other products, horoscopes and dating services based on blood type.
7. An average adult body contains 100,000km/ 60,000 miles of blood vessels. For context The Earth’s circumference is 40,000km!

Robin by Rumaysa and Salsabeel, Illustrated by Arsh K 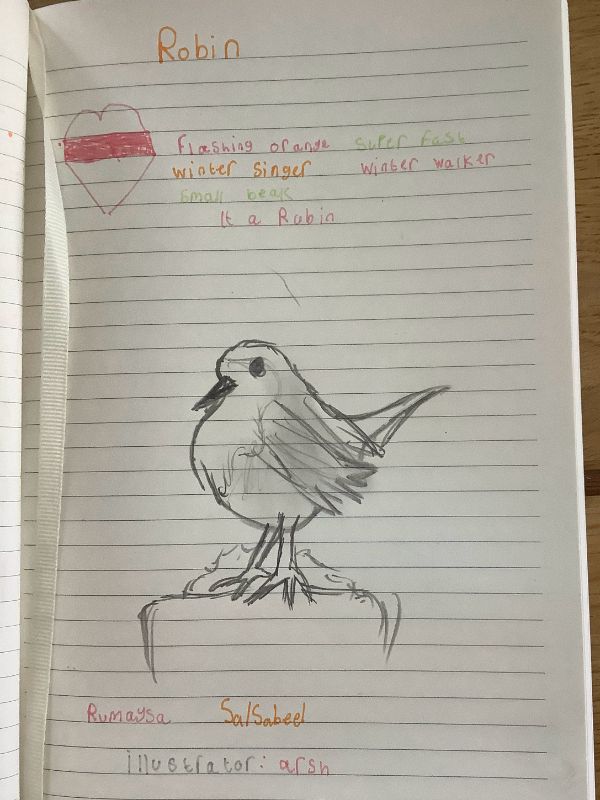 The Duck by Yusif 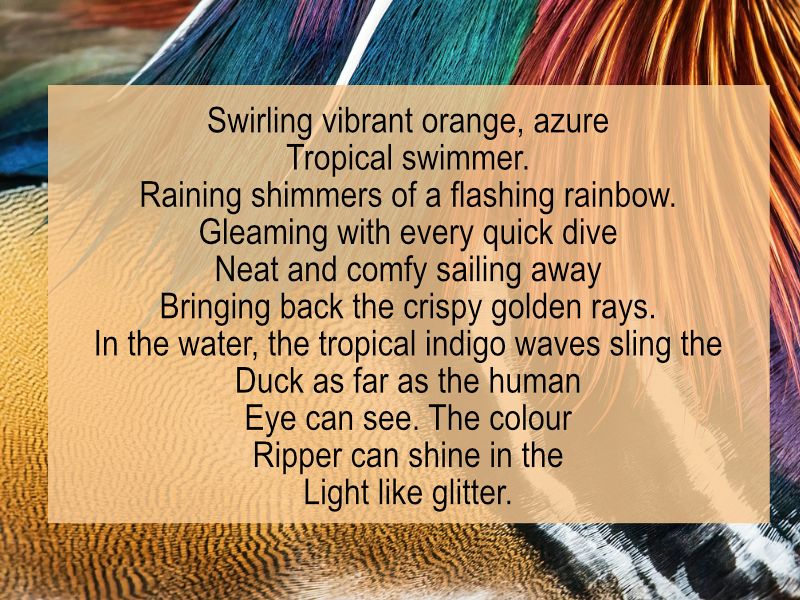 Peacock by Arsh A and Jessica Parrot by Rebecca and Eva