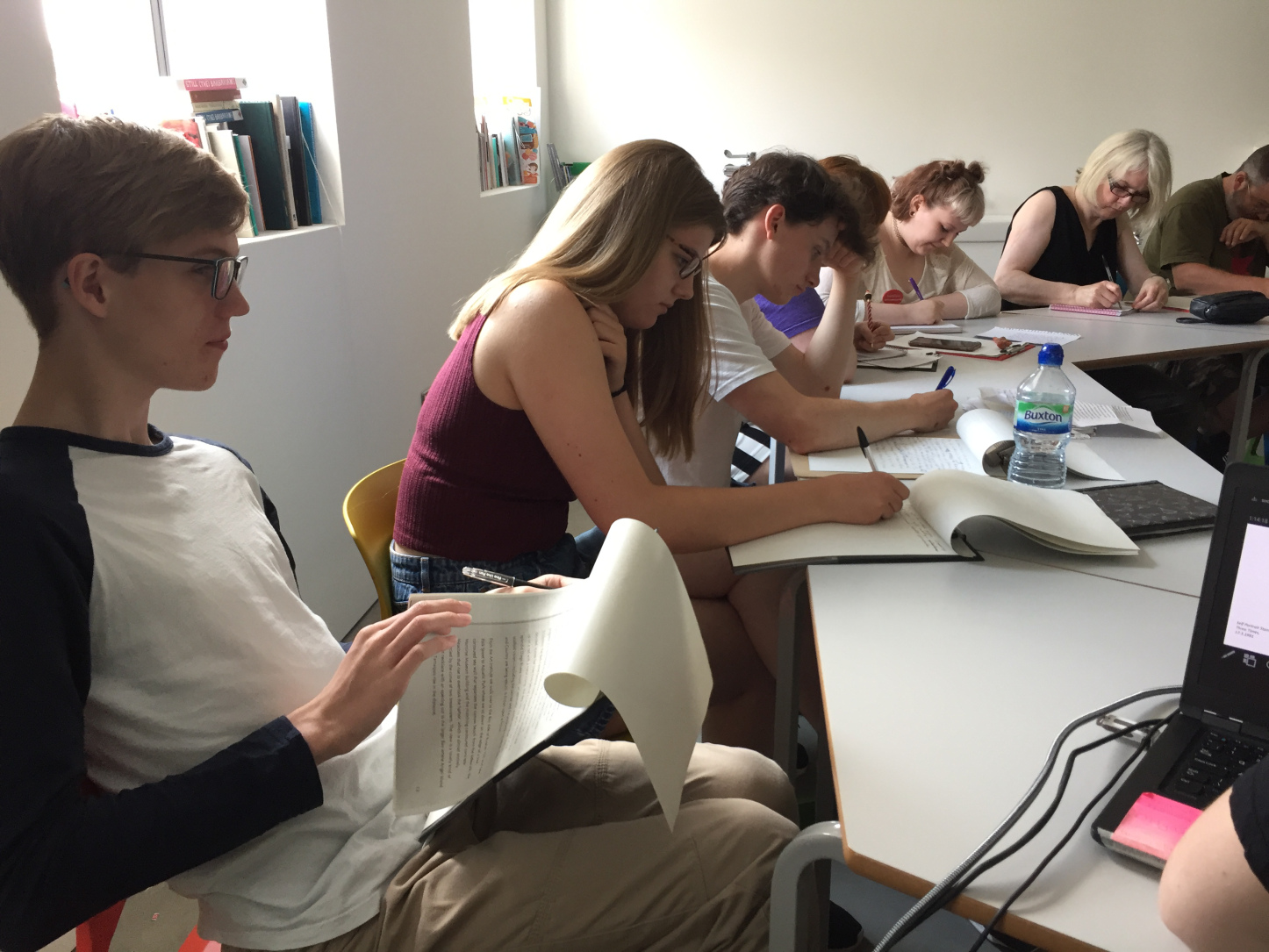 Exercise 1, The Wonderful Wizard of Oz.

We kicked off this Wicked-themed session with a recap of the original story, The Wonderful Wizard of Oz. Many of the writers had seen the film starring Judy Gartland, but few could remember the whole story.

Next, we gave the writers some of the flyers from Wicked: The Musical, which is coming to the Mayflower in October. We wanted them to try and guess what might happen in the play, based on the text and images on the flyers. We then brainstormed as a group.

Then we gave the young writers some excerpts from the Wicked script, helping them to start piecing together parts of the puzzle. We even had a go at performing for them!

The writers were then asked to pick out their favourite line from their scene, and use it to inspire a piece of free writing. They were then given the remainder of the session to produce it.

For this session, we took the young writers on a trip! We visited the John Hansard Gallery for a guest workshop with the gallery’s Writer in Residence, Iain Morrison.

Iain’s workshop aimed to respond to Gerhard Richter’s exhibition, and in particular his Self Portrait: Three Times.

To get things started, members of the workshop were asked to chat to the person next to them and find three things that they had in common.

Iain shared a quote from Stephen Vincent’s “After Language: Letters to Jack Spicer” (2011), a description of some artwork that Vincent was observing. The participants were then invited to spend fifteen minutes in the exhibition and write what they thought when looking at the images. They were also allowed to adopt a persona to use in their writing.

The writers looked at some more examples of writing about artwork, that were more personal responses, and were invited to revisit their response, spending ten minutes rewriting it with a more personal spin, or with a more narrative perspective.

The writers were asked to revisit their piece one final time, writing it as a more depersonalised, factual account, as opposed to a description or narrative.