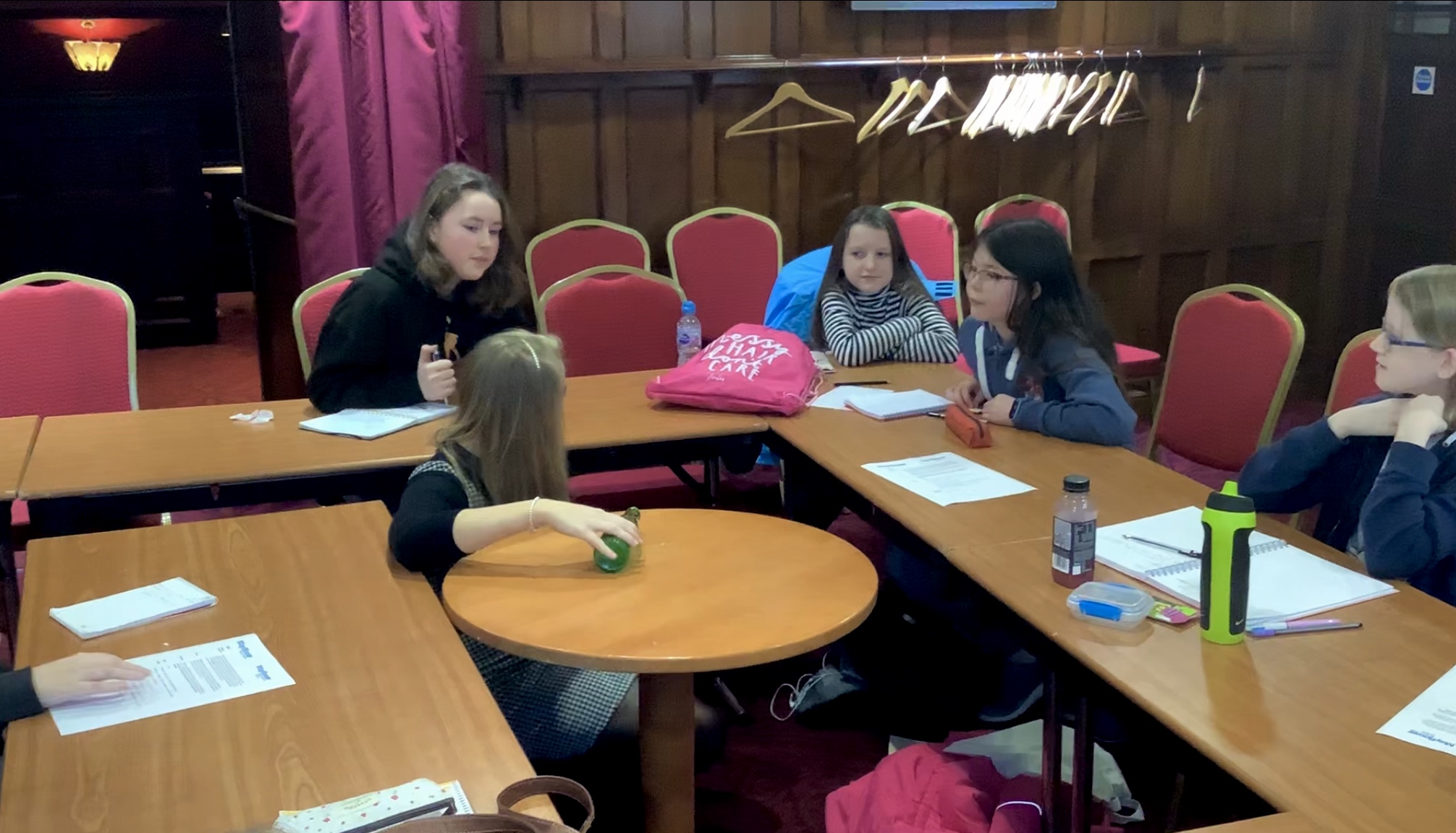 Have you ever played truth or dare but from the perspective of another fictional character? Today the Young writers did exactly that, internalising the values and personalities of their most recent constructed protagonists.

Following from the brief we received last week, “A new world”, the Young Writers developed their ideas and began to refine their characters, considering how they would practically move these original concepts onto the stage to be performed. As the brief was very flexible, the Young Writers managed to touch on a very broad range of topics, from climate change to mental health and everything in between. This of course led to a very diverse range of characters, with varying attributes and accompanying back stories.

The Young Writers then gathered around a central table and spun a bottle, the two people that the bottle pointed towards would then give the other person the choice to answer either a truth or dare. If the Young Writers chose to answer a truth, they would answer from the perspective of their fictional protagonist, whereas if they chose a dare they would need to think about how their character would react in that specific situation. This raised many thought-provoking points for discussion, such as thinking about what a character may do if they were trapped in a lift or could only bring 3 things to a desert island.

This immersion technique therefore guaranteed that the pieces we create over the coming weeks are not only well thought out, but also personal and unique, potentially inspiring future projects with the same characters and discussed ideas.