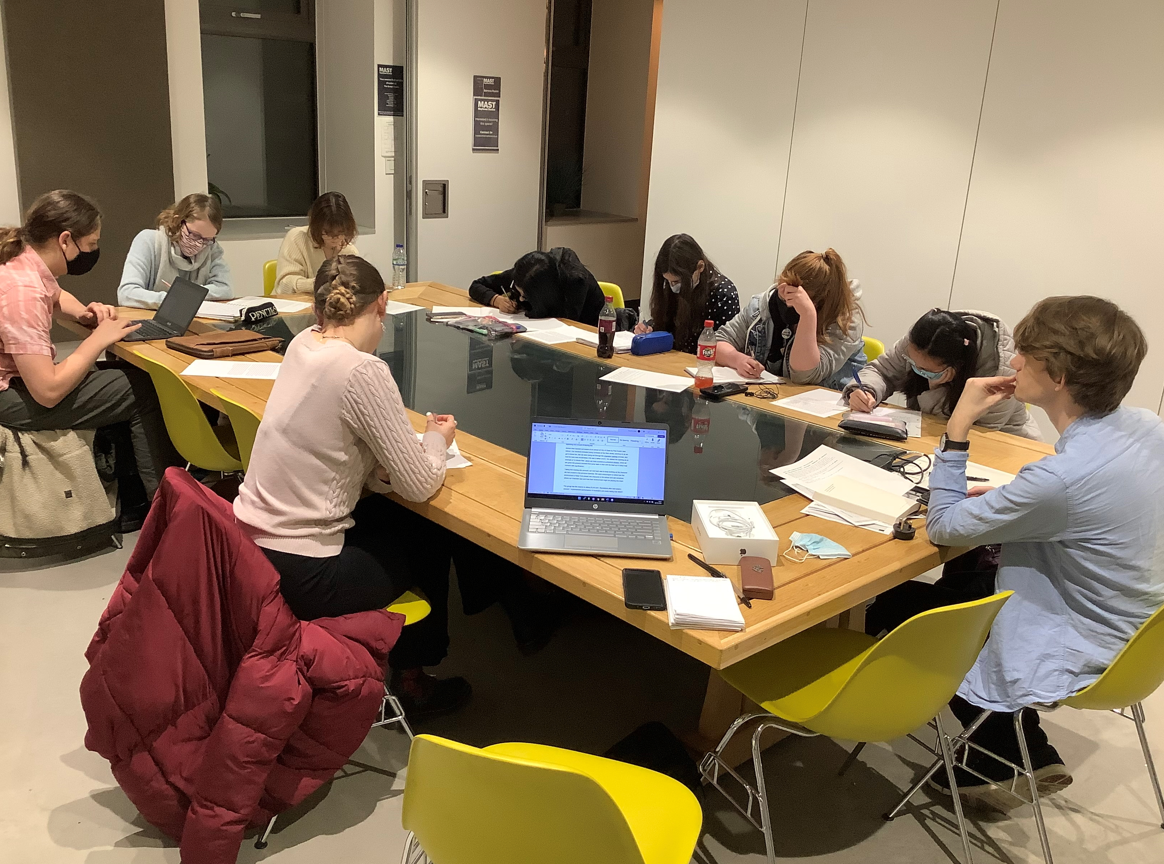 This week’s Crow’s Nest began with the prompt to describe the previous week as a supermarket aisle. Answers included an aisle of rotting fruit which contains a portal to a parallel universe with an aisle of ripe fruit, the children’s toy aisle where all that’s left are damaged rejects and knock-offs, and a basic aisle of bread, milk, and eggs.

This term, the group has the opportunity for the youth theatre at MAST to work with duologues they write, and we turned to character generation this session, in preparation for the duologue submission deadline next week.

First, we crowdsourced events including ‘an interrogation’, ‘an exploding burst of blazing fire’, ‘disposing of a body’, ‘waking up at 5am and not being sure whether or not to go back to sleep’, ‘petting a dog’, ‘spontaneous combustion’ and ‘when your phone dies’.

Our task was to write about one of the events informed tonally by something on the second list – casually disposing of a body, hysterically petting a dog, or lowkey exploding into a burst of blazing fire.

Antosh then handed out copies of an extract of City of Glass by Paul Auster (see below). Our reactions included being confused at first then slowly catching on as we got to know him, like we were being led through the character building process, and that the tone was emotionless (‘He was a father once’). Vic related the opening as an example of ‘In Media Res’, which we have covered in a previous session, since we are given the present moment then jump back in time with the lead up to colour that moment with significance.

Taking this reading into account, our next task was to keep building up the character we had created in the previous exercise. We were encouraged to notice how the environment of New York played into character in the extract and ask ourselves where our character was and how their environment might be playing into them.

Antosh then handed out copies of a duologue called Rag and Bone by Noah Haidle (see below). Our reactions mainly included praise for the premise, including that it would make a great fan-fiction concept (‘[insert name here] stole my heart!’).

Our final task was to write our own duologue where one character is embarking on a mission to solve a problem of theirs and the other is the problem-solver, and a transaction ensues, which took us to the end of the session.

We will return to writing duologues next week.

The group has the chance to attend PLAYLIST: Recitations after next week’s session – a promenade performance of musicians and poets taking over MAST Studios. Find out more in the lead up to the event by following @ArtfulScribeUK on Twitter & Instagram.

Our crowdsourced events and vibes... City of Glass by Paul Auster 1/2 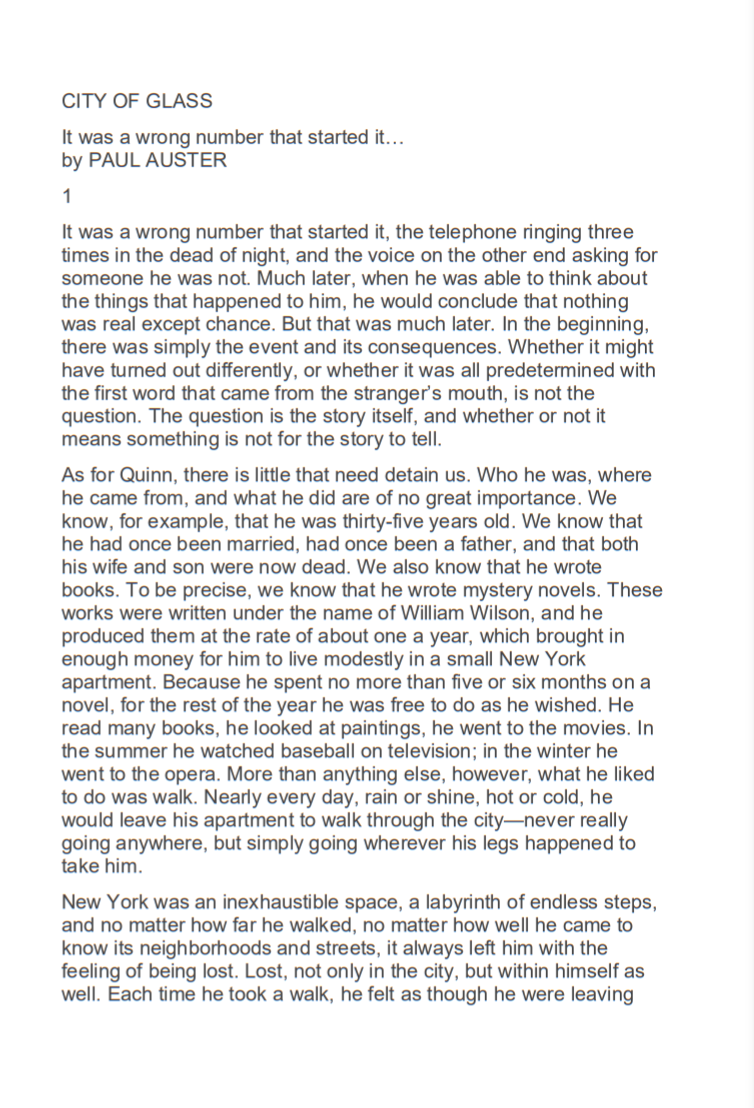 City of Glass by Paul Auster 2/2 Rag and Bone by Noah Haidle 1/3 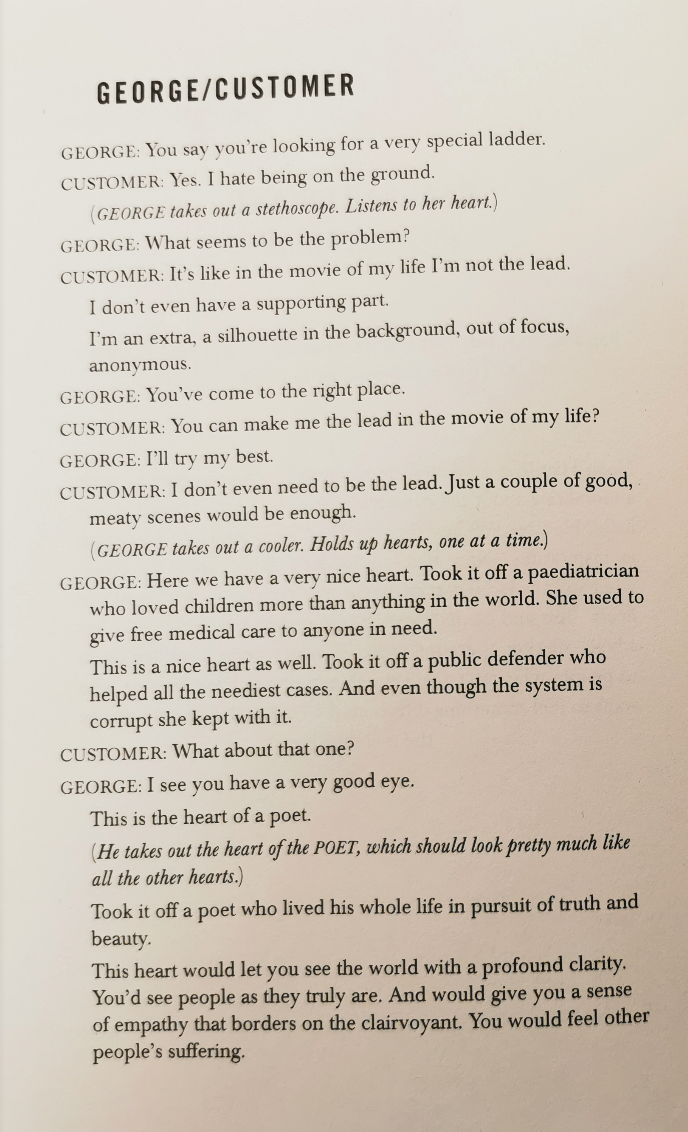 Rag and Bone by Noah Haidle 2/3 Rag and Bone by Noah Haidle 3/3