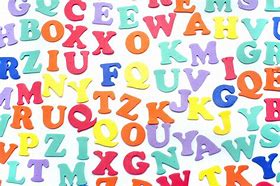 A new year at SoWrite's Women's writing group at the Art House brought us two new people, Suzie and Celeste, as well as news of some publishing and progress towards it from many in the group, though many are using their craft in other ways.
The first exercise was the Alphabet game. We wrote all the letters in a list, many quietly singing the childhood song to ourselves as we did so. Then we wrote a word for each letter as quickly as we could, hoping to free ourselves from pretences and planning. A few people got onto animal themes! Afterwards, Jo asked the group to use them in a story, in order, but with no set space between the words. Some got through the whole alphabet, while others did not, but each wove a story with unexpected results. There were some llamas, bruising relationships, and anime amongst what was shared afterward.
Next came superpowers. What would yours be and what might happen if you had it? Some found they, or the characters they created, would not use their powers for good, especially those who chose invisibility. All agreed free travel would be an amazing benefit. Teleportation resulted in accidental public nudity. And the power to get anything one asked for was eventually used for good after a selfish start.
Our final writing began with the prompt - you sold your soul to the devil, and one day he offers to give it back in exchange for ... ? What would the devil want? How big or small would the act be? Representations of Mephistopheles ranged from the cunning to the downright murderous and gave us an opportunity to look at character motivation and the darker side of human nature.
As always, the group moved from strength to strength. Having participated in these from the beginning, I can say there is always something created or seeded that could be shaped into more, and often it is the work of others that inspires me most. The air in a room full of women stretching their creative minds is a special place, with an energy that cannot be duplicated. Which is of course why so many keep coming back and others are drawn in.
With thanks to this month's guest blogger, Clare Golding. Clare is a writer and editor originally from Athens, Georgia, who now lives in Surrey with her family. In 2018 Clare's novel In Just One Day won the Yeovil Literary Prize:
https://www.yeovilprize.co.uk/P2018_Results.html
In other news, So:Write Women regular Rhiannon Hopkins has published an anthology, Mosaic of Two Minds, with her fellow writer Gill Kingsland:
https://www.amazon.co.uk/Mosaic-Two-Minds-Gill-Kingsland-ebook/dp/B07L3819H3/ref=sr_1_1?ie=UTF8&qid=1547927673&sr=8-1&keywords=mosaic+of+two+minds
The So:Write Women meet on the first Thursday of every month at the Art House Cafe in Southampton, from 11.15am-1.15pm, and on third Saturday at the Central Library, from 10.15am-12.15pm. Why not come along?
PreviousNext