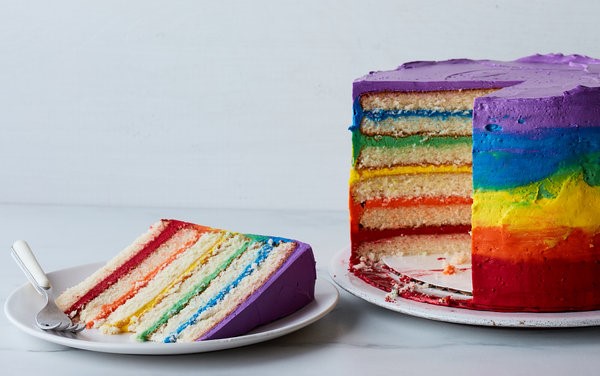 This week was our last workshop of the year for Lighthouse Young Writers - so to go out with a bang, we hosted one last Young Writers Bake Off!

As always we had a Signature Challenge, Technical Challenge and ended with the Showstopper!

Details of all three challenges are below, along with the brilliant responses from two of our young writers, Evie and Annie, who kindly shared their work with us:

Write the description
of a character you have invented.

They do not have to be
human!

You must include - at least one simile or metaphor!

​They walk amongst the shadows and hide beneath the trees. Their footsteps go unnoticed. They leave without a trace and run as far as the eye can see. They're black and white, yellow and blue -- simply any colours they
choose. The secrets that it will hold will cause chaos if they unfold. They want another job so their secret job is done. They think that a good performance is always of importance. They are the sky, that people whisper to when day has flown by. The night
sky is a black canvas splattered with white, though a kind and thoughtful artist painted a moon as a light. They're the lone wolf who hunts the stars at night.

As tall as a tree,he towers over you like a mountain.His eyes are a stormy sea drowning everyone who goes towards it.Black robes that hypnotise you into thinking he is a ghost.Pale skin as white as snow and thick brown hair swaying in the wind.They call him Mr.Critter but you may know him as your worst nightmare.The man that you see in your dreams when danger is near or someone is missing.Most people would call him the man of danger if you knew him.He haunts you in your dreams and stalks you in the day.But in the end there is still one question,what is his true name?

You must include at
least one simile and at least one metaphor!

It doesn’t have to rhyme – but it can!

Extra points for celebrating Lighthouse Young Writers in some way!

​Lighting the arts --
this place has a stage,
I've been there before and you'll be amazed,
Great actors have walked through the stage doors,
Home to brilliant writers -- let's just hope there's more,
Tall and very proud -- the building is a giant,
Happily just watching all the cars go by,
Only 40 years old but not as old as the sky,
Under the stage and accessed just before,
Sit the talented musicians every time the actors perform,
Enjoy this

wondrous place -- come one and all.
By Evie

Gorgeous jewel in the heart of poole,

Elderly people listening to the opera.

(Google it - they're a truly tricky form - I was astonished any of the young writers could rise to the challenge and their pantoums were all amazing!)

You can write in any form –
a poem, or a story, or a script, or a monologue, or a diary entry, or a letter,
or a speech – anything you like!

‘I am a writer’ can be a
line which somebody says, or the first or final line of your piece, or its
title – or it can not appear in your piece at all, but just be the underlying
theme.

It can be personal, or
about a character who is a writer – but we want to hear your passion, and we
want to be excited by your piece! Show your voice as a writer, show your
originality, and surprise us!

I'm able to sing but I'm a writer at heart. With
writer's block as my enemy and expressing myself as the task.

Storytellers, directors, poets and authors have all started to write like me. I have memories of stories I wrote when I was 9 or 8 and I'm
still writing now at 14.

Young Writers is a place to be yourself, not someone hidden behind a mask. A place you can be part of if you know where to find it.

A story, a play, a poem, a monologue and a film. A diary entry, a protest and flash fiction. All have been written at some point in time. Now
open your ears and listen. Listen to the wondrous tales, maybe fairytales perhaps, of a writer's creation. A creation that anyone who is a writer can achieve.

Run into the forest, but not into a tree. Let's find you some mystery. Or comedy perhaps with a hint of action all mixed up with a magical
spoon.

Writers come in all shapes and sizes. They come from far and wide. But what makes a writer is their imagination. The key they hold inside.
The bigger the imagination, the crazier the writing.

But is it legible? Can I read it?
By Evie

Most people say they know what the meaning is to be a writer but trust me they don’t.There are many things you must do before you can call yourself “a writer”.It took me years to find what my passion is but when I did there was a connection between me and the words i was writing.

It all started when I was staying the night at my grandads flat when i looked up and saw a poem called sirens.I was so inspired that I got a piece of paper and a pen and just wrote.In the end I had written a song all about sirens and not long after I used that song and wrote a short story.For months after I was writing nearly everyday until my mum found something.

It was called Young Writers.Before I knew it there I was standing in the lighthouse for my first session with some friends that I still know now.Now a year later I am in the making of a book and have all of these amazing people who I can share what I am writing with them.Now after 9 years of my life searching for something I would enjoy I finally have.It is my pleasure for me to say I am a writer!
By Annie


Although Lighthouse Young Writers is over for the summer, we still have the launch of our 'My World' themed anthology, featuring poems, stories, and scripts from all of our young writers, and a fantastic cover art work by Erin, voted for as the cover  by both groups, to look forward to very soon!

And if you can't wait for our return in September, there are still spaces available in the ArtfulScribe Young Writers Online workshops which will be running over the summer, also led by Tabby, on Wednesdays from 11:30am-1pm, via Zoom. For the sign up form and further info, please email youngwritersonline@artfulscribe.co.uk

We can't wait to return in September, for another year of writing, creativity, challenges, games and fake-bake-offs, with Lighthouse Young Writers!