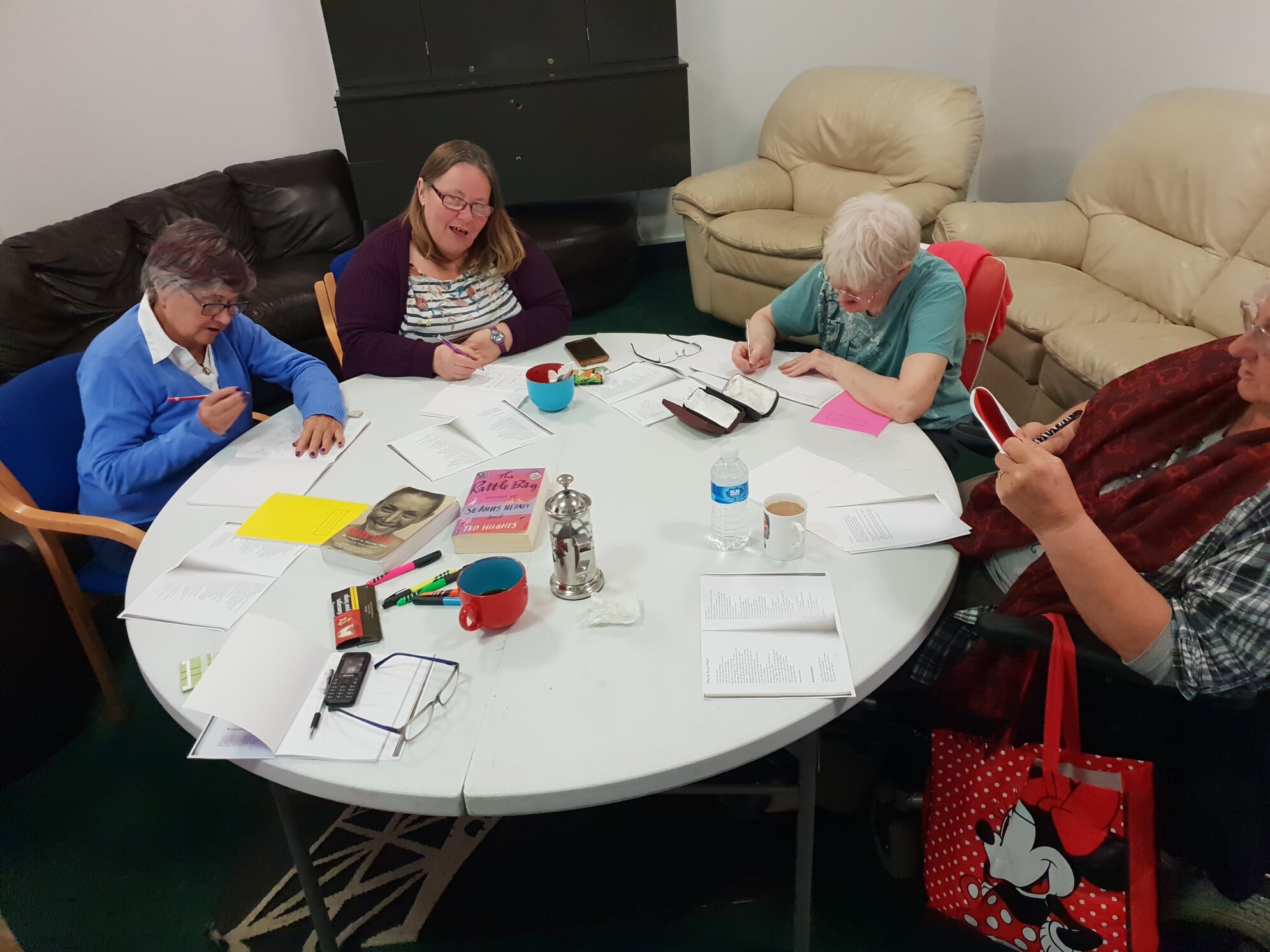 & just when our maiden had got

good & used to her isolation,

stopped daily expecting to be rescued,

had come to almost love her tower,

along comes This Prince

all the wrong answers.

Of course she had not been brought up to look for

so at first she was quite undaunted

by his tendency to talk in strung-together cliché.

‘Just hang on and we’ll get you out of there’

he hollered like a fireman in some soap opera

when she confided her plight (the old

hag inside etc. & how trapped she was);

well, it was corny but

he did look sort of gorgeous

So there she was, humming & pulling,

all the pins out of her chignon,

throwing him all the usual lifelines

til, soon, he was shimmying in & out

every other day as though

he owned the place, bringing her

the sex manuals & skeins of silk from which she was meant, eventually,

to weave the means of her own escape.

‘All very well & good’ she prompted,

She gave him til

well past the bell on the timeclock.

She mouthed at him, hinted,

she was keener than a TV quizmaster

that he should get it right

‘I’ll do everything in my power’ he intoned, ‘but

take a little longer.’ He grinned.

She pulled her glasses off.

‘All the better to see you with my dear?’ he hazarded.

She screamed, cut off her hair.

‘Why, you’re beautiful?’ He guessed tentatively.

shrieked & stamped her foot so

hard it sank six cubits through the floorboards.

as finally she tore herself in two.

Today our group read the above poem by Liz Lockhead, and launched into a discussion on the clash between the fairy-tales we tell our children and our experiences as adults. It’s a poem in which real life intrudes on a fairy-tale (or fairy-tales), where the main characters struggle to find the right words and the right actions to make their happy ending. The everyday ‘corny’ magic of the fairy-tale becomes new again in the magic tragedy of the everyday.

The poem lead us into a discussion of the sign-posts, or tropes, that we see in fairy-tales; how the introduction of a ‘glass slipper’ or the ‘chimes of midnight’ or a ‘red cape and picnic basket’ are shorthand for a particular type of story. We talked about how these tropes can act as doorways between the everyday and the magical, how a character with ‘ruby lips, jet black hair and pale skin’ will always be on the edge of a fairy-tale, and how the reader will automatically be on the lookout for a ‘wicked step-mother' or a ‘red, red apple’.

We listed as many of these tropes as we could think of using characters as a starting point, but soon spreading out to settings, ‘the woods, a tower’, and dangerous animals, ‘dragons, wolves’.

We then wrote an everyday story but injected these tropes in where appropriate and let the magic take us where it lead.