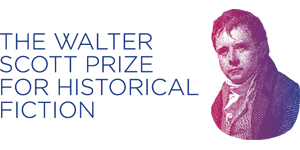 This week, we started thinking about the Young Walter Scott Prize, a historical writing prize for young writers: https://www.walterscottprize.co.uk/young-walter-scott-prize/how-to-enter/

We looked at some of the previous winners, focusing on 'And When Did You Last See Your Father', by Ted Whittaker - which was interestingly inspired by a painting! https://www.walterscottprize.co.uk/wp-content/uploads/2021/08/And-When-Did-You-Last-See-Your-Father.pdf

Next, we started thinking about times in history we might want to write about - maybe ones covered in school, or in books we liked, or which other people might not know so much about - or which have a good Horrible Histories song to introduce them!

We considered these questions...

Who is your main character?

What is your main setting?

What is your story?
What problems might your character face?
Are there difficult decisions they will need to make?
Is there a major event that is taking place at this time – e.g. a war, a
revolution, important inventions? How will this impact on your character?

How will things have changed by the end of your story?

And then we started work on stories...

Here is Charlotte's story so far:

Clara stared down at the two files in front of her. One had fallen on the floor thanks to her clumsiness and the other seemed to have drifted from a nearby table. She whipped her eyes over to the table. One man sat alone, blankly reading his newspaper. A large suitcase stood to the side of him. She then whipped her eyes back to the files. She picked them both up and shuffled them about.

“Top secret.” One of them read, poking out of the top of the file.

Clara sighed quietly. She put one file back down in the suitcase and the other she took with her. The man didn’t even flinch. He put his newspaper down and then left, suitcase in hand. Clara watched him go and then returned to her duties. She didn’t want to make her pack leader more angry then she already was.

Later that day when she was back at home, Clara sipped her coco. The file laid across her bed. She hadn’t opened it. She didn’t dare to!

“Knock knock.” A small voice came at her door. She quickly fumbled with the file and locked it away in her bedside drawer.

The door opened with Edward on the other side. He was in a smart uniform. The buttons all gleamed in the lamp light. Mother must have done them over with her scrubbing brush.

“You were quiet at dinner. I just wondered if you were alright.” Edward asked, seeing Clara looking a little flustered.

“Clara if this is about me going away tonight…” Edward tutted.

“It’s not all about you!” Clara shouted a bit too loudly then she had intended to.

Edward stood there silent. He nodded, gave a small smile and left again. Clara gave out a huge sigh. She never meant to hurt her brother, especially not before him going away. She made sure the file was tucked away and then followed him down the stairs. Hoping he would forgive her.

And here is Leo's:
It was quite a cold day that day, the air itself seemed to shiver with the frost it carried, and the unnatural stiffness of the Great Hall. Everyone sat around the edges of the Hall, with an oak table set in the centre. At the front was a block draped with emotionless black curtains, emanating a grim aurora, an  aurora of ill fate. They were dark beyond anyone’s comprehension, so dark in fact, the only thing that couldn’t be distinguished from them would be death itself. Death itself would also be the only thing needing to hide in such a void, as it was the evening on the 7th of February 1587, in Fotheringhay Castle.
We'll return to the Young Walter Scott Prize in future workshops and hope that many of our young writers will be keen to enter!
PreviousNext