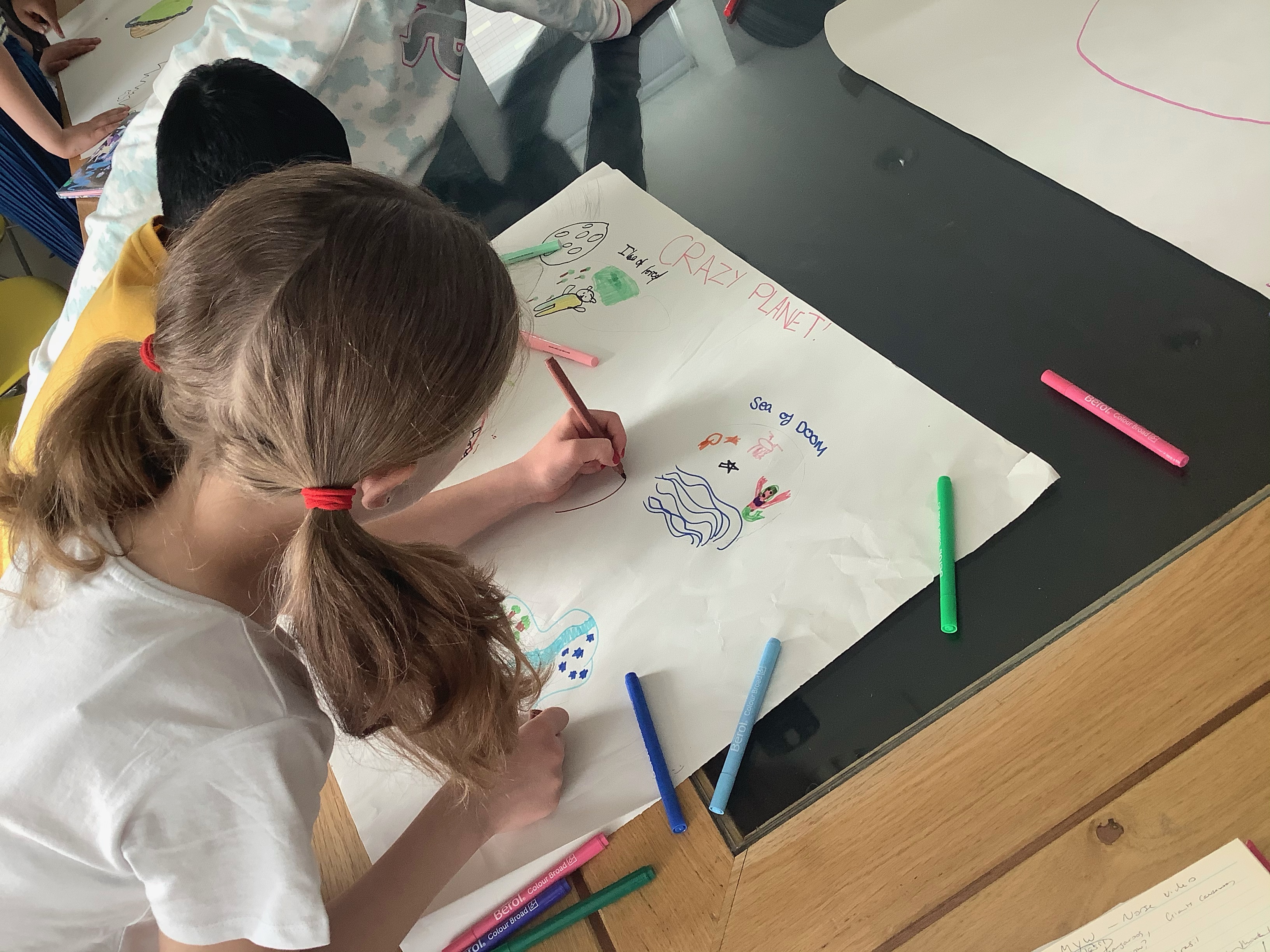 We were asked what we think a creation myth is – responses included:

We were then introduced to two creation myths - shown a video describing the feats of the Polynesian mythological hero Māui, and told the story of the Giant’s causeway which Beth, being half-irish, grew up on.

Some of us thought Māui was horrible (because he burnt the hen!) and arrogant, while others thought he had a kind heart but didn’t show it, doing good things but in a bad way.

Next, in groups, we created maps of fictional worlds on big bits of paper – landmarks included The Sea of Doom, Heart Island (where people who are in love go), and The Island of Islands (see the maps below).

Then we wrote our own creation myths, acting as origin stories for our mythical worlds.

Finally, we practiced our reading for an event celebrating MAST 1st Birthday

We then wrote our own creation myths, some of using images from the board as our inspiration, and others our imaginations.

Further to this, we were encouraged to come up with objects or landmarks in our world that, like the Giant’s causeway, act as ‘evidence’ left over from the events of the story.

Next, we envisioned a character who has been raised on our myth, believing it to be true, and imagine how it might have shaped them and their upbringing.

Once more, we ended on a practice run of our reading for the MAST 1st Birthday event. 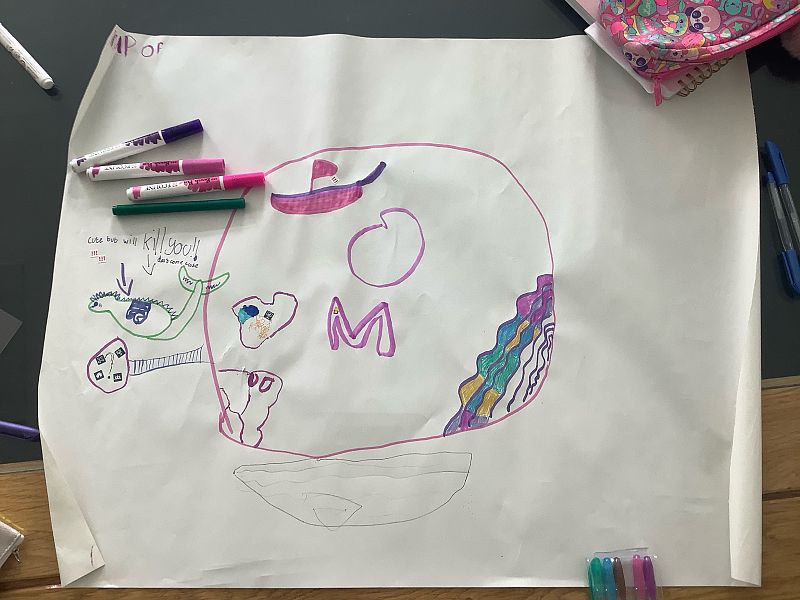 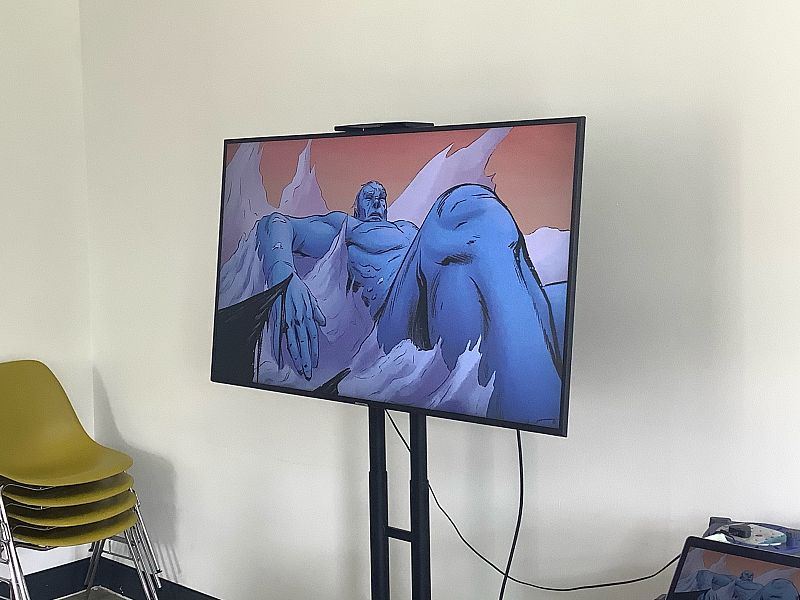