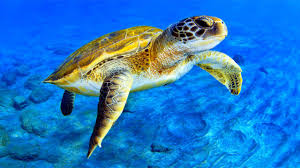 This week, we were focusing on script-writing - following on from our flash-fiction workshop last week, we were looking at crafting short, five minute plays, which still managed to include a beginning, middle and end.

As a warm up, as the young writers arrived, an opening to a rather unusual dialogue was posted on the screen and they were invited to continue it however they liked. They could add in details like a setting/character names if they wanted to, and take it any direction they chose - comedy, tragedy, or anywhere in between.

The lines they were given were:

CHARACTER A: I promised myself that if I ever saw you again, I’d
tell you the truth.

CHARACTER B: Why should I listen to a word you say?

CHARACTER A: Because I know. I know about the turtle.

The responses were brilliantly diverse and imaginative, from Luca's fantasy piece about two characters whose minds became somehow linked to a turtle, whose shell lit up amber when they were connected, to Lillia's hilarious piece about a character being found out painting their pet turtle's shell hot-pink for Halloween!

After this, in both groups we had a vote on the piece of artwork the young writers wanted as the cover for their Lighthouse Young Writers Anthology, on the theme of 'My World', which we have been working towards this term and are now in the process of putting together. All three submissions were wonderful, in such different ways, and it was a very close vote - results to be announced later in the week!

Next, we talked through the ingredients for a play-script (e.g. a dollop of suspense, a sprinkling of movement, two tablespoons of conflict, etc) and discussed how we might form a play to be as dramatic as possible, and tell a complete story, even in just five minutes. We talked about starting straight in with the dialogue, without too much scene setting, to get to the action as soon as possible, and how it might be helpful to have characters who already know each other, rather than characters who have just met, to allow them to talk more easily to each other and to avoid needing too much exposition/explaining, which can take up lots of time and detract from the drama.

These were the only constraints the young writers were given - other than that, the story, characters and dialogue was all up to them! There were some brilliant pieces, including Thomas' darkly comic account of a possessive mother-son relationship, which made excellent use of monologue, and Lily's dialogue between a confused elderly man and a French exchange student, in the early hours of the morning at an airport.

Here is the opening of Evie's beautiful (and relatable!) dialogue below:

(Two people are in a forest. A third one walks in soaked.)
A: I told you that you needed a coat.
C: I didn't think that it would rain.
A: Have you ever heard of 'just in case'?
C: No.
B: Why are we even here?
A: We're here because this one (A points at C) didn't bring a coat.
B: But you could have found somewhere a bit better?
A: We wouldn't be here if somebody had brought a coat.
C: Can you two stop arguing so we can get there?
A&B: Fine.
C: Thank you. Now do either of you have a map?
A: No.
B: No.
C:Well, it's lucky I brought one.
(C searches through their pockets.)
B: Where's the map?
C: I must have lost it on the way here.
A: You really aren't being helpful, are you?
C: Well did you bring a map? No.
B: It's getting dark. If we don't know where it is, we'll have to stay here for the night.
A&C: What?!
A: You must be joking!
C: I'm not sleeping here.
B: Suit yourself. (B walks away.)
C: Where are you going?
B: To make a shelter for the night.
A: Wait for us then.
(A and C follow B)

Next week is our final session of the term - and of course, in celebration, we will be having one last ArtfulScribe Young Writers Bake Off! We can't wait!