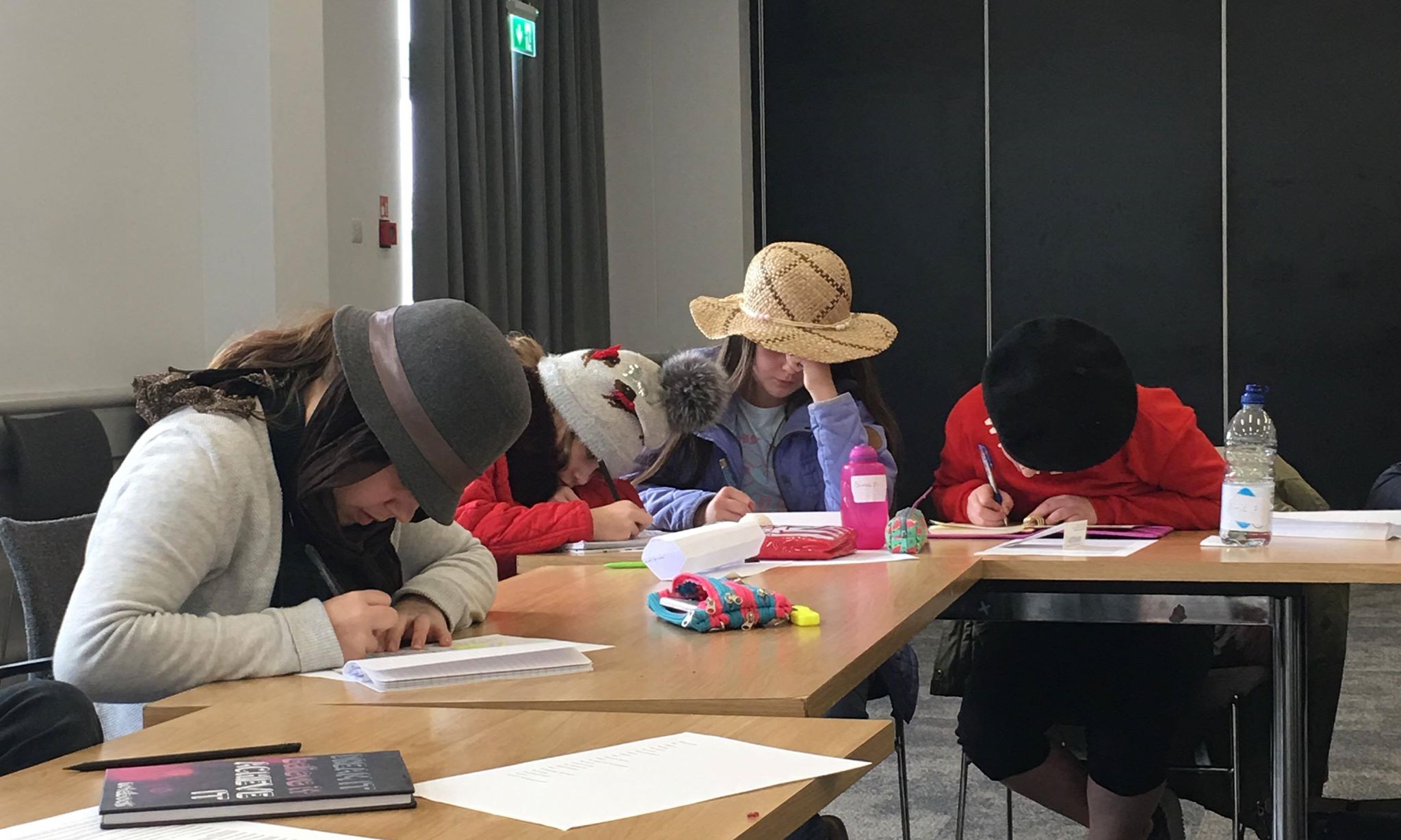 After watching the production of My Mother Said I Never
Should at Lighthouse Theatre on Wednesday night, the young writers were keen to
discuss the ins and outs. Recognising the non-linear timeline structure, we considered
other examples of this and what effect it had on the story, as well as analysing
an extract of the script, picking apart technique used for writing believable
dialogue. Following this, they each wrote their own two-person dialogue with
the purpose being to persuade – whether it be simply for a biscuit, or more
dramatically, to save someone’s life. This was pushed further by introducing
age ranges - all while the writers wearing interesting hats to encourage imagination.

A game of consequences produced hilarious scenarios for
dialogue, including:

‘The queen met a male sheep.

She said, “you have lovely toes!”.

The consequence was that the Eiffel tower fell out of the
sky and killed them both.’

As well as discussing My Mother Said I Never Should, the
students also analysed an extract of the script in detail. Looking at
punctuation, sentence structure and pauses within the dialogue, they then put
these techniques into practice by writing persuasive dialogue while also subtly
setting location and character description e.g. on a park bench with no shoes
on.

We explored the idea of ‘show don’t tell’ in dialogue and practiced
this by playing a game of articulate – describing feelings/situations without
using specific and obvious words.

The students followed this by writing a scene with characters
who hold opposing features e.g. gender/race/status. The purpose of this was to
consider what language they may use and how this could change the dialogue, as
well as dripping their features into the script subtly.