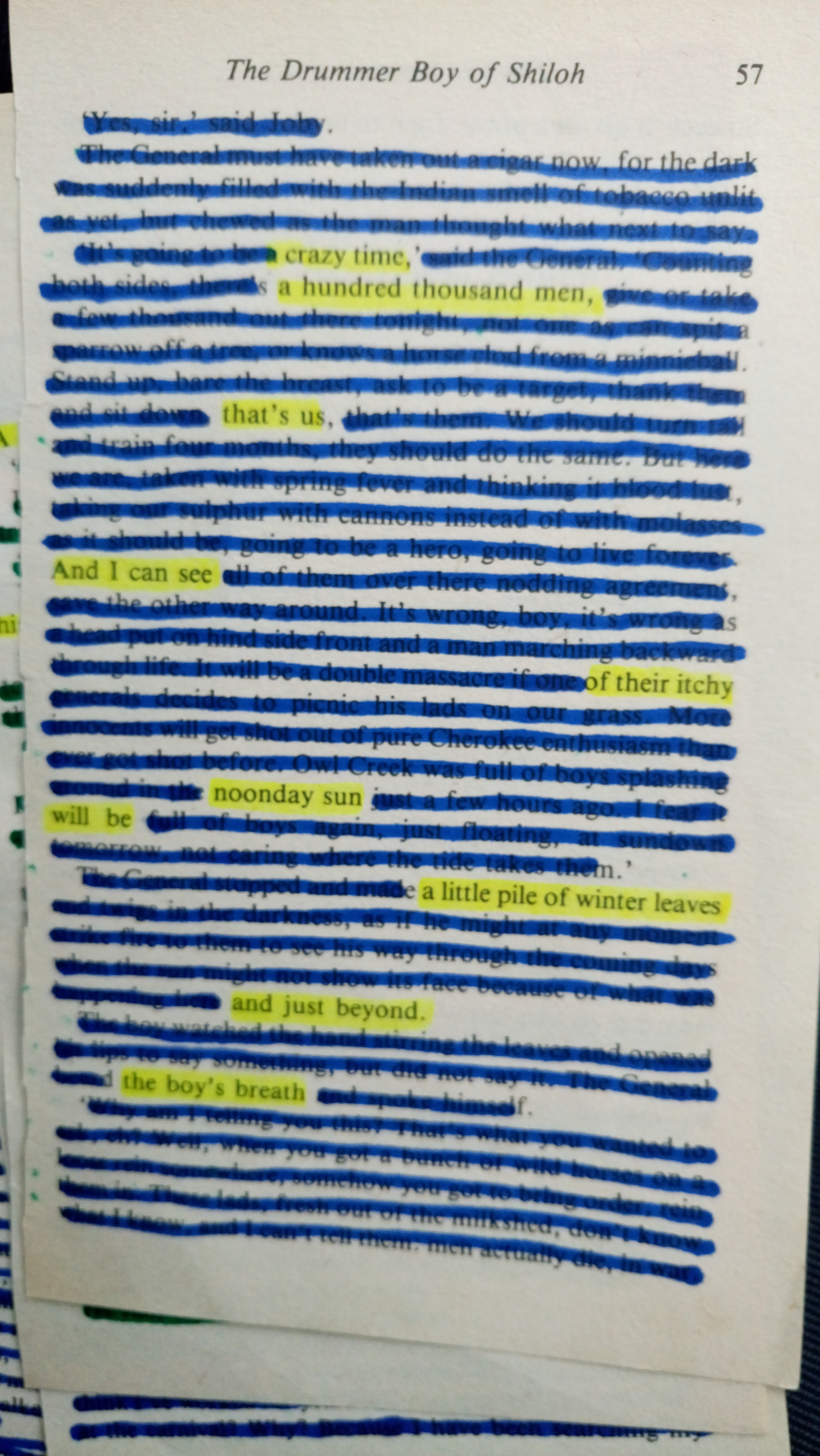 We were double booked this week and rather than the usual sanctuary of a quiet room for scribbling, discussion and feedback we were cast out on a table in the choppy sea of our community cafe.

The sizzle of the banger, the comings and goings of new and old faces, the murmur and snatch of conversation, children zigging, hot breakfasts zagging, scarfs unwinding, catching a chorus you hum along to on the radio, and no chance of hearing that particular itch and scratch of pen on paper.

By luck, or maybe it was those capricious workshop gods, I'd picked an exercise that didn't require monastic silence, or much explanation.

It required an old book, some scissors and a few highlighters.

Only an example was needed. I chopped a page at random, snip snip, then read and highlighted the words and phrases that stood out to me. Having finished I read out the highlights. It was as if a poem had been hiding in the page all along. It wasn't the greatest poem, but the sense of transformation was delightful and satisfying, and transformation is the heart of a poem.

Poem Sculpting is a fascinating way to work, demanding closer reading and a sense of articulation that reminds me of the editing process.

Poem Sculpting also cuts through the preciousness of a text; words, even printed words in a bound book, can be ripped out and repurposed. It echos Pound's maxim, ‘make it new.’

What's more there was conversation and the exchange of ideas. A buzz built around the table. We swapped our poems, read them out, ‘Here, have a listen to this one!’ Other people, customers at the cafe who've never been to a 'creative writing’ group, and describe themselves as ‘not creative’, became interested and had a go.