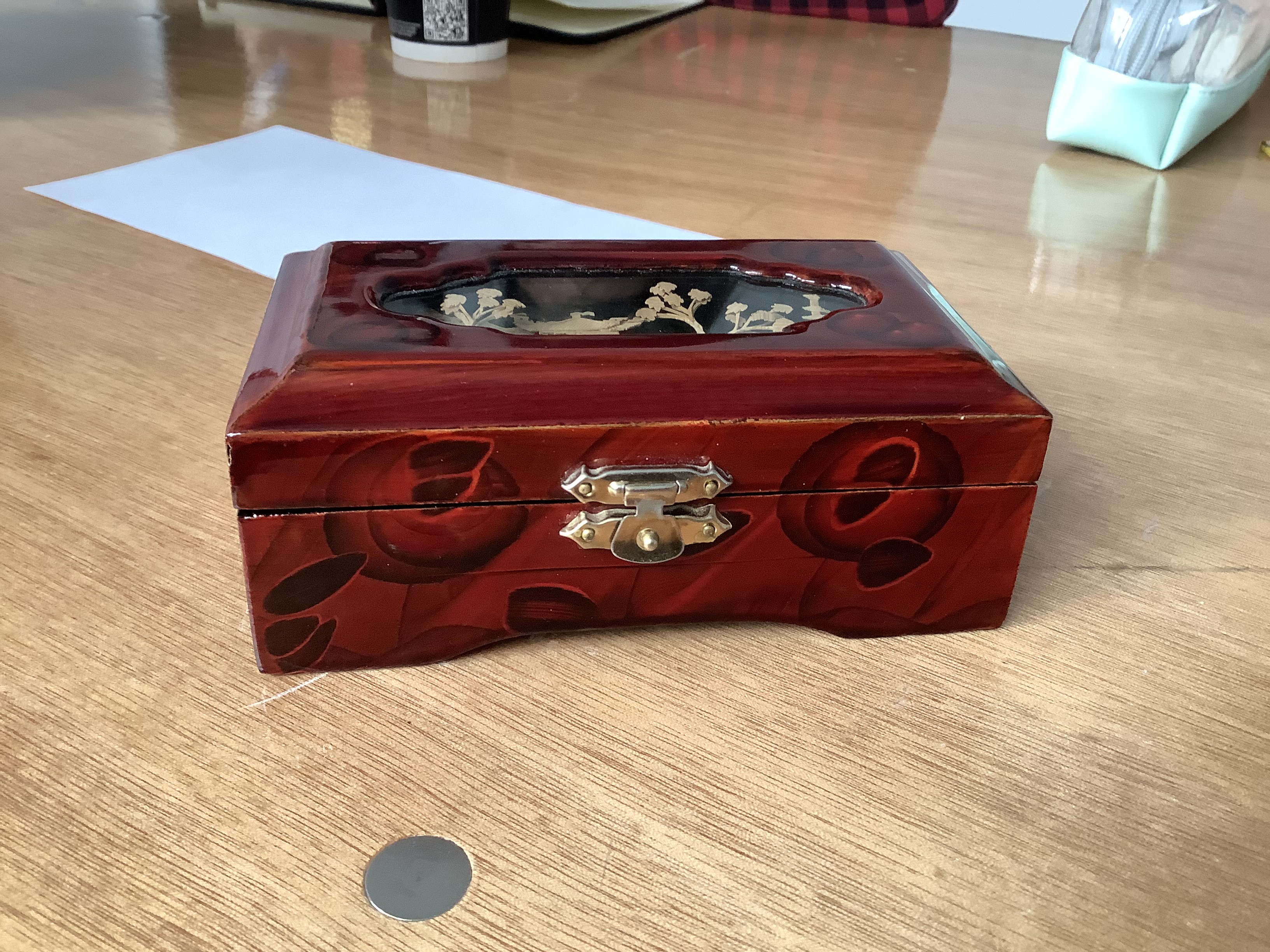 This week’s Crow’s Nest session, led by Beth, began with a prompt to describe our week as the different tastes onset by the magical chewing gum from Charlie and the Chocolate Factory (which eventually makes Veruca Salt blow up like a blueberry). Answers included chicken and chips, the bland taste of having a cold, and a sweet-then-sour-then-gone flavour.

Beth presented us with a box (see below), which we passed around. Without opening it up, we imagined what might be inside, without being limited by the realm of physical possibility, and were given 15 minutes to write…

Libby’s box contained an entire shop which explodes out of the box – books, plants; the scent of orchids and smell of freshly baked cookies; a grandmother napping in a chair with a tortoise shell cat on her lap.

Conrad’s box contained a paradox-golden-ball which feels really heavy outside the box but really light within it.

Next, in an impromptu quick-thinking exercise similar to “Would I lie to you?”, we each opened the box one by one, and convinced the rest of the group what was inside – which changed every round.

We tried to convince each other – during the course of the game – that a digital timer was a necklace, a piece of paper was a penny, and that a dice was a hairclip. As much fun as the group had, we’ve decided we were all too good at lying to be fully trusted from now on…

Next, we got up on our feet and went around each announcing a character trait – with an action, which the group repeated, until we had accumulated a roster of traits to make up a character. Our traits were:

Finally, we were shown an extract of writing (see below) which is the prompt for this year’s Henrietta Branford Writing Competition. Beth encouraged us to use the prompt as a start to some writing, taking inspiration from our character traits or our lies about the box, if we needed ideas. 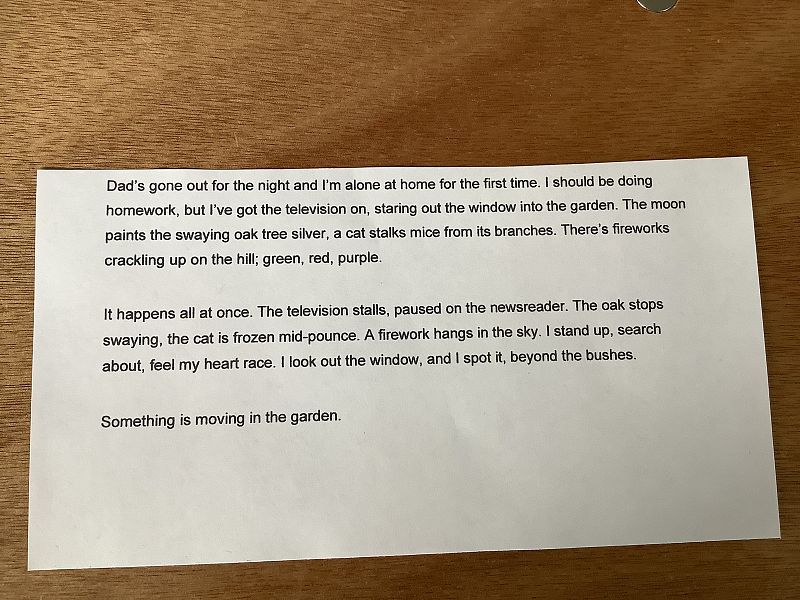