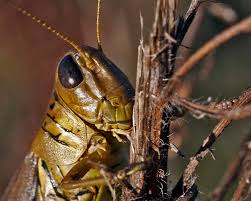 In this workshop we looked at The Summer Day by Mary Oliver. It's a nineteen line lyric poem which makes great use of repetition and sound in its reflection on place and action.

The poem opens with the question, ‘Who made the world?’ and closes with, ‘Tell me, what is it you plan to do / with your one wild and precious life?’ The movement between, from the whimsical to the vital, can be measured in repetition.

The opening three lines of the poem all begin ‘Who made…’ and the speaker continues each respectively ‘the world… the swan, and the black bear… the grasshopper?’ The effect of the repetition is emphasis, but the question is focused on assumptions. The question assumes a general shared idea of what one means by the world, the swan and so on. The reader can picture these things, but each reader will picture their own version. The demand for a specific and singular ‘Who made’ in the face of an abstract and myriad ‘these?’ creates conflict, which necessitates change, which the speaker provides through clarifying, in line four, ‘This grasshopper, I mean -- ‘

This clarification also signifies a change in repetition. The next six lines focus on ‘this grasshopper’ and begin, ‘the one / the one / who is / who is / now she / now she… ‘ progressing a sense of emphasis, examination, and study.

The resulting clarity is compounded by the quality of this section’s image building; each line is specific and particular, an image in itself, but each line also builds on the previous one, describing a more complex image, and taking us from the grasshopper’s arrival to its departure.

The grasshopper’s departure also signifies the end of the first half of the poem. Thus far the speaker has been addressing the external world. In musical terms this half of the poem has been defined by the repetition of ‘who’ which has sounded like a bass note, anchoring most of the lines.

The second half of the poem is much more internalised and concentrates its musical energy in the repetition of the ‘I’ sound, alongside the personal pronoun we find ‘ idle, die and wild life’.

There are more structural and musical effects to be unearthed. You can read the poem here: The Summer Day by Mary Oliver

The Summer Day is a poem which balances the ‘enormous and complicated’ with the ‘idle and blessed’. Its mechanics are wonderfully subtle in expression and effect. The more one ‘pays attention’ the more one is rewarded by its ‘wild and precious life’.

Our writing exercise used the repeated phrases as a template allowing the writer to ‘free-write with a map’. So, we wrote for three minutes on each section: