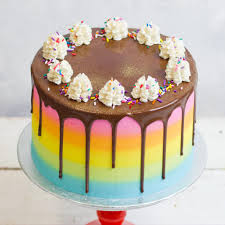 That was the year that was...

I began running writing workshops in
the West Howe community in 2017 as a way of reaching out and giving to my
community. I find discussion and the creative group an essential part of my own
writing process, and I am an advocate of creativity, and particularly the craft
of writing, as a way to empowerment. The manager of the local community centre
was happy to give me a room for two hours a week, but later confided that they
didn't hold out much hope for my stated aim of establishing a group of creative
writers in West Howe. However, within the year, a small, regular group met most
weeks.

I
was funded by Do:Write to carry on the work in September 2018. My aim now was
to continue to grow the group, introducing more West Howe residents to
literature, encouraging them to write creatively, building on the creative
skills they already possessed, promoting a critical appreciation of creative
written work, and a productive way of feeding back to each other in the writing
group.

The
group worked in partnership with West Howe Community Enterprise and West Howe
Library to deliver two weekly groups; a writing workshop taking place on
Tuesdays  at The Henry Brown Centre, and
a reading group taking place on Thursdays at West Howe Library.  Both organisations were very helpful in terms
of space, materials and promotion.

The
year has been successful, for example, this coming National Poetry Day will see
a small performance by the West Howe Writers of their own work at the library,
and the writers will be on hand afterwards to talk about their writing and the
writing group.  It's a great privilege to
work with new writers and see them grow in confidence to such an extent that
they are willing to share work with an audience.

There
have been some challenges...

The
library reading group got off to a very slow start, and in the first month or
two there were some empty-table days. However, the group grew to a healthy,
regular attendance of five. We discussed poetry, flash-fiction, prose poetry
and short stories. My role was to choose the work to be discussed, make sure
there were enough copies, and then gently guide the group as they discussed the
work. The 'stuff' of writing (imagery, rhythm, metaphor, musicality, conflict,
transformation) was used as a springboard into conversations which ranged
widely, but always returned to the page. Our reading ranged widely, too – from
Keats' 'A thing of beauty...' to Jamaica Kincaid's 'Girl'. The group became
increasingly comfortable with the challenges of critical reading, for example,
taking a poem line-by-line, and reading it three, four, five times to unpack
its meaning.

The
group grew strong enough that, on occasions when I couldn't attend, members
were happy to meet and discuss work themselves and then tell me about it later
in the week. It seemed that I was on the way to my ultimate goal: being able to
hand over control of the group to the group members. But, a weekly Bingo
session opened next door to the library, clashing with the reading group,
coinciding with two group members finding employment, and before I could say
'legs eleven' the group had disappeared. I bumped along for a little while, but
the Reading Group never really recovered, until a more recent incarnation (more
of which later).

The
Writing Group meets every Tuesday in the 'quiet room' at the end of the
well-being cafe in The Henry Brown. This is the only space available for groups
that need a space in which to feel safe and heard, both of which are especially
vital to grass-roots creative writing projects. Time and space are limited at
The Henry Brown, and about six months into the residency another group was
given the 'quiet room' for one Tuesday per month. This left our group homeless,
and the only alternative was to carry on with the group in the cafe itself; a
welcoming place, full of laughter, conversation, small children, music and Full
English breakfasts. What at first seemed an unpromising environment though, has
become a wonderfully creative space.

I
decided to strip back the 'workshop' idea. Instead we would take a theme, for
example 'hiding spots', and anyone in the cafe could join in with a short, five
minute writing exercise based on the five senses. These short exercises would
then be 'mixed' together to create a community poem. This has become a regular
and popular group activity, allowing everyone to take part in creative written
play. We have had pre-school children drawing pictures to add to the poem, and
people taking dictation from those that are unable (through arthritis for
example) to write.

There
are now three of these community poems, put to canvas by the Arts and Craft
group, and hung on the cafe walls. One of the most promising and rewarding
developments of this writing group is the way it has reached out to work with
other groups in the community. The group have been writing verse for Christmas
cards being produced by West Howe Community Enterprise, and I've been asked to
contribute at a community arts day with a similarly produced 'community poem'.

Looking forward, we have
restructured the way the group is delivered. We now have a monthly cafe group,
working with up to twenty or more people at a time, writing large group pieces.
There are two/three writing workshops per month in the 'quiet room', and the
reading group has re-started, one Tuesday per month; our first reading group
took place last month at the library and we had nine people discussing a
triptych of flash fictions by Lucy Corin. The group's work is regularly being
displayed in the library and The Henry Brown, and we are looking toward ways
for the work to be performed, or perhaps writing something for performance.

The
ethos of the group has been one of 'creative development through craft' and
I've looked to areas where we can grow as a group and as individuals. Each
writer has grown at their own pace, in a safe and constructive environment,
developing their 'voice' through examining and discussing literature, writing
exercises based on technique, and informed group feedback. Every writer has
improved along these lines. Jackie S, a group member from the very first
workshop says, 'It's definitely not boring. It stirs your imagination. While
laughing with friends, old and new, in my mind I find things I never knew I
knew.' Angie H says, 'The challenge is set, use three words, take a to-do list,
become a bird, just write it down. How does it taste? What can you smell? Does
it have a tale to tell?'