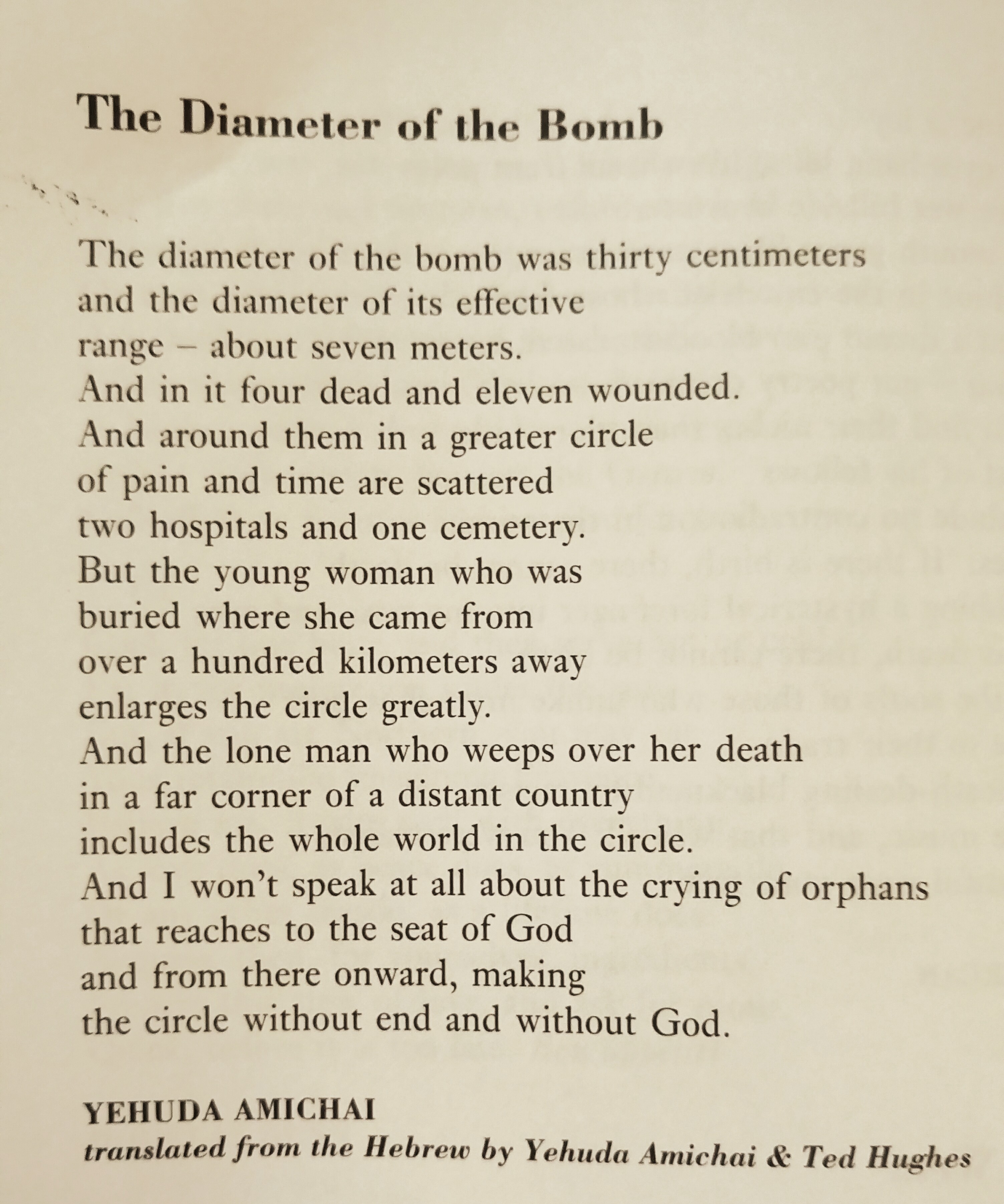 The Diameter of the Bomb

The poem moves from a ‘thirty centimeter diameter’ in its first line, to a ‘circle without end and without God’ in its eighteenth and final line; from a plain, concrete description one can easily visualise to (what one group member called) ‘an infinite despair.’

This single stanza poem is a great example of controlled expansion, with line breaks that allow for clear image building and economic movement. Another group member likened the opening line to a pebble dropped in a pool with the proceeding images being like snapshots of concentric circles.

As a group we discussed what other ‘pebbles’ one might use, covering action (e.g. a hug), place (e.g. a runway), and time (e.g. different points in a character's life). We also looked at alternative ways to move, so rather than a radiating expansion one might move through the day, or along a road from A to B.

A particularly incisive observation was that the ‘I’ of the poem doesn't physically land until line fifteen, and that it is this personal intervention that allows the poem to expand from the earth to the ‘seat of God’. This lead the group to imagine how the poem might have looked in its development, perhaps as three stanzas, the second beginning at line eight with ‘But the young woman…’ and the third beginning, ‘And I won't speak….’

With the poem well read we moved onto the writing exercise. Our discussion had given writers an idea of what ‘pebble’ they wanted to start with and which direction they wanted to take it. To assist with the movement/expansion I gave the group a signal every three minutes at which point they had to move the piece forward. The direction was to expand, and then hold the new image. We wrote for fifteen minutes.

It occurred to me that this ‘expand and hold’ method might be used alongside a five point plot structure to look at narrative arcs in storytelling. And not wanting to miss an opportunity I suggested that this could be used when editing the piece at home.