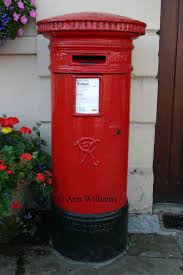 A really interesting discussion and plenty of prompts generated by this workshop discussion. We looked at two poems. The first was The Letter by Dana Gioia. We talked about the sense of ‘having to work things out for ourselves’ and how the poem evoked both the adult and the child, linking them through an almost universal hope. The second poem was Brother, I’ve seen some by Kabir; we discussed this poem as if it were the letter that never arrived in Gioia’s poem.

The discussion produced a lot of good writing, below is an example;

I often wonder if my dad, whom I never knew, wrote any letters to my mum during the war, while he was away. She told me later, when I was older, that she didn't receive any at the time. But I later learned that while she was in hospital having me the house where she lived was bombed and nothing was left at all. I suppose I will never really know the truth. There might have been letters, maybe very affectionate ones. I would like to think so, and if things had been different I'd have something to remember him by.

Here are the poems we discussed. Gioia’s is a wonderful circular piece which moves through a personal, deeply felt emotion without letting go of the reader’s hand. Kabir writes with clarity in an image driven poem that leaves everything in the hands of the reader.

And in the end, all that is really left

Is a feeling—strong and unavoidable—

That somehow we deserved something better.

That somewhere along the line things

Got fouled up. And that letter from whoever’s

In charge, which certainly would have set

Everything straight between us and the world,

Never reached us. Got lost somewhere.

Possibly mislaid in some provincial station.

Or sent by mistake to an old address

Whose new tenant put it on her dresser

With the curlers and the hairspray forgetting

To give it to the landlord to forward.

And we still wait like children who have sent

To answer an enticing advertisement

From a crumbling, yellow magazine,

Watching through years as long as a childhood summer,

Checking the postbox with impatient faith

Even on days when mail is never brought.

After her son was;

A cat carrying away

A buffalo going out to graze,

Sitting on a horse;

A tree with its branches in the earth,

Its roots in the sky;

A tree with flowering roots.

Is your key to the universe.

If you can figure it out.