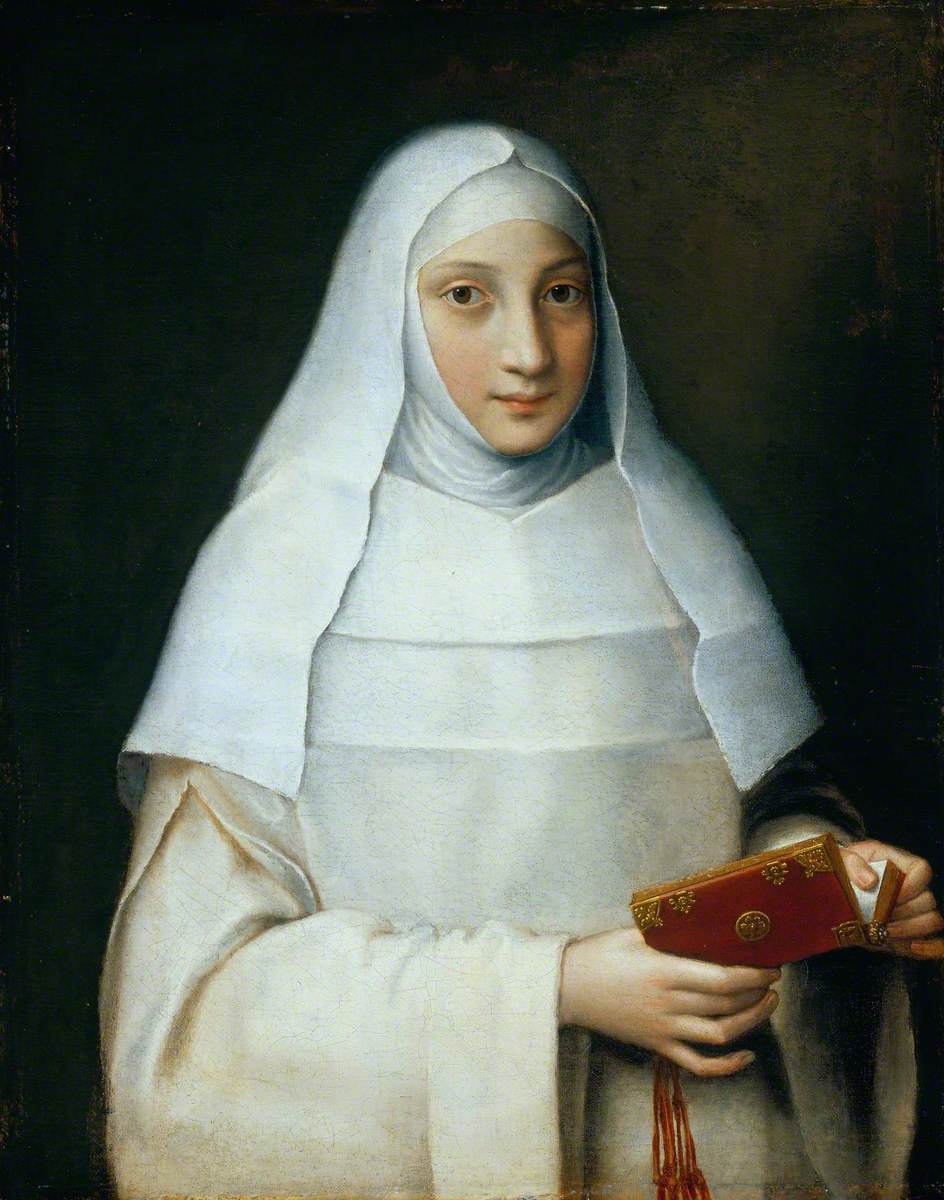 In the Garb of a Nun

When I first started writing poetry through residencies and commissions in 2014, I was incredibly firm with myself. I was determined to focus all my creative attention for that period of time on the particular subject/place/archive/thing that I’d been asked to write about. Whatever was going on in my life or at the peripheries of the job would be blocked out – denied space within the work.

Over time however, I’ve learned that some acknowledgement of this contextual stuff is a vital part of my practice – my mood, my personal life, and the things that happen to or around me during the residency inevitably inform the way I think and make work. And now, occasionally, I’ll allow those things that might seem unrelated at first, to creep into the final poems.

On one of my first visits to the John Hansard Gallery this year, I was taken by Matt West (Artfulscribe) across the square to City Art Gallery where there was an opening happening. The opening was for ‘Creating A National Collection’ – a partnership between Southampton City Art Gallery and The National Gallery. It was my first art event since before COVID and I felt both excited and a little overwhelmed – bumbling through small talk, drinking my drink too fast, and awkwardly carrying a plate of untouched canapés around with me, having forgotten how to eat and talk gracefully.

When it came to looking around the show, I was too distracted by the social situation to really take in much of the art. I moved around the gallery at an appropriate speed, occasionally saying things like ‘good sleeves’ or ‘I like that little dog’s face.’ A performance of looking.

I was grabbed by one painting. Sofonisba Anguissola’s The Artist’s Sister in the Garb of a Nun (1551). I liked it immediately. And not just because I loved the title. The portrait feels open and bare - Anguissola has painted her sister with a mix of tenderness and strength. And I felt like I knew her.

I should say that this was the painting that City Art Gallery had used as the poster for the exhibition as well as the cover of their catalogue, and so I didn’t read too much into this feeling of familiarity.

After a few months I decided to give up ignoring it and just write a poem about this painting. I read a little about Sofonisba Anguissola – a late renaissance painter from Cremona, Italy, who was internationally renowned in her time, and yet somehow, after her death was forgotten (or erased) – many of her paintings then being attributed to famous male painters. This painting of her sister was thought for years to be by Titian despite having an inscription with Anguissola’s name and the date on the back.

Anguissola lived into her nineties and was so well respected that a young Anthony van Dyck travelled all the way to Sicily just to speak with her (then 92) about painting. He wrote notes and took sketches of her, which then became this painting, Portrait of Sofonisba Anguissola, 1624. Seeing his portrait, I felt again that shock of familiarity.

The two paintings, though not of the same woman, feel similar. Though 73 years apart, you can tell these two figures are related. As well as that, they both glow with an atmosphere of reverence or respect - one with a sister’s love and admiration; the other, the respect of a young painter who is painting someone he considers to be a master of her craft.

I was so taken by van Dyck’s portrait of Anguissola that I decided to look up where it was, and attempt to visit one day. The painting is part of the private collection at Knole House in Kent. And then I understood that strong sense of familiarity – my first ever residency in 2014 was at Knole House.

Back when I was being firm on myself, when I was trying a bit too hard to block out anything that wasn’t what I’d been asked to write about (the building and its grounds), I had been given access to the house’s art collection. I will have seen this painting.

Maybe I hardly took her in. Maybe I was overwhelmed with excitement about being asked to make work, and performed the act of looking instead of really seeing her. But here I am now, seven years on, in the garb of an artist, and here are Sofonisba and her sister refusing to be ignored.

Poem below from, I AM THE MOTHER CAT (Rough Trade Books, Oct 2021) launching on National Poetry Day and written as part of Ella’s residency.

Paint Me in the Garb of a Nun

In the pose of a nun, with nun

paraphernalia, and the facial expression

of a nun. With the thoughts of a nun,

and nun memories of how I became

a nun. Paint me with the faith of a nun,

and how it feels on those days I have

a little wobble and wish I wasn’t a nun.

Paint me with the joy and jubilance of a

nun looking at something a nun likes.

Paint me with nun hopelessness, with

nun anger, with the confusion of a nun.

Paint me with the dietary requirements

of a nun and the preferences of a nun,

with a nun’s favourite colour and fruit

and season. With a nun’s capacity for

cruelty and with the inner peace of a

nun walking the nunnery gardens having

me with the skin and nails of a nun, with

the fears of a nun, with nun confidence

and nun pain. Paint me with a body that

contains the organs and blood of a nun. If

I am a silent nun paint me as such, if I am

a nun who speaks, paint me with my nun

accent, nun language, and inclination for

aphorism I’d surely have as a nun. Paint me

with nun wisdom ready to spring forth with

Paint me with nun love and point it in the

direction of cathedrals and ponds and

other things I’d adore as a nun. With nun

dreams, the body language and gait of a

I still see some of myself in her eyes.

The Artist's Sister in the Garb of a Nun - Sofonisba Anguissola, 1551 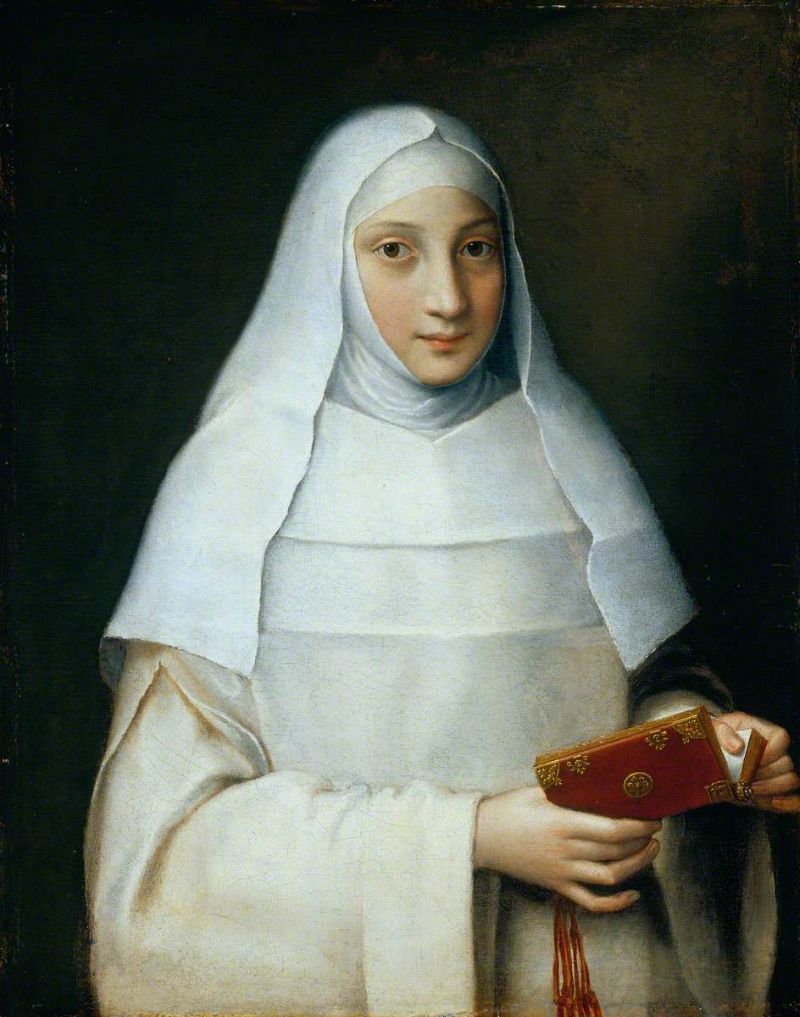 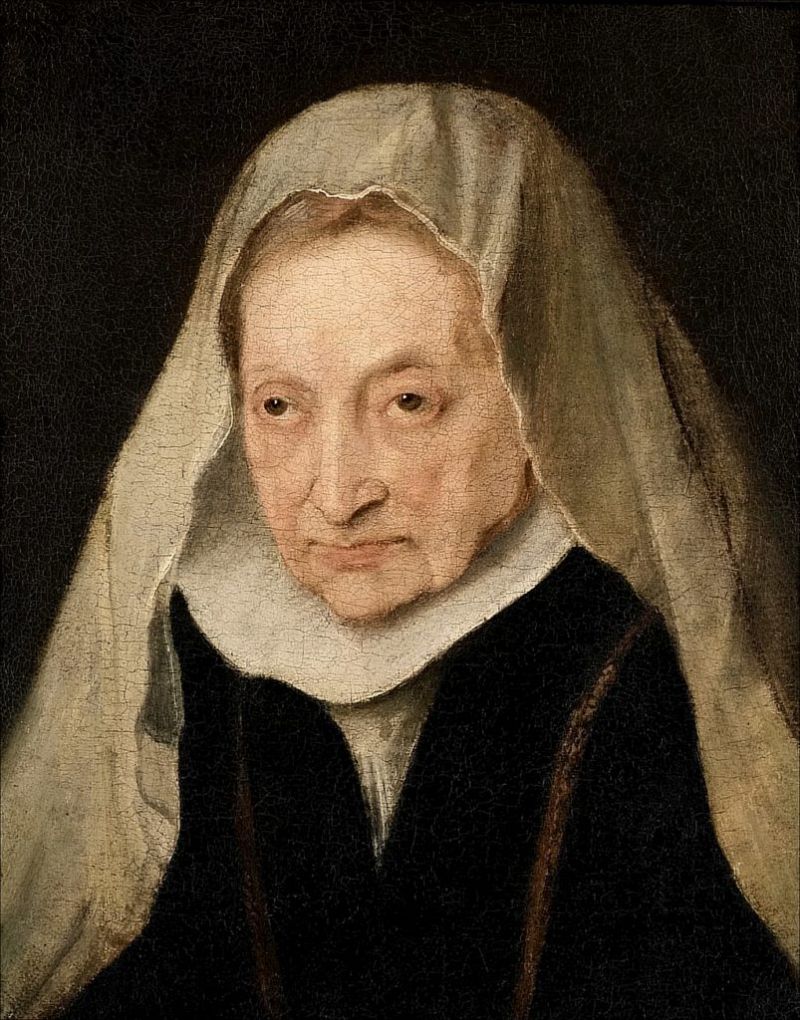