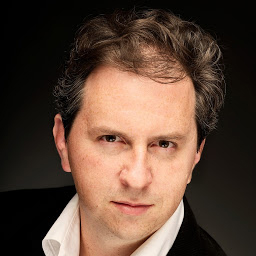 Gregory Leadbetter is a poet and critic, writing for radio, holding residencies at various schools and conferences, and reading his work at various festivals. His first full poetry collection, The Fetch, was published in 2016 with Nine Arches Press, although he released a pamphlet of poems, The Body in the Well, in 2007, and his work has appeared in multiple publications and anthologies over the past twelve years.

Leadbetter began writing poetry in his “mid-teens”, “but really it was my encounter with Coleridge, in particular, when I was seventeen,” he tells me, “that blew something open for me.” That “revelatory reading experience,” as he refers to it, “which spoke to me so powerfully,” revealed to him “some sense of a fundamental connection between language, creativity, and a greater apprehension of reality - and that really catalysed my education as a poet and thinker.”

He has since gone on to pen a book of literary criticism on Coleridge, Coleridge and the Daemonic Imagination, published in 2011, and The Fetch, (you can read our review here,) begins with an epigraphic Coleridge quote, which, says Leadbetter, “sums up a state of mind and being that poetry can (ideally) conjure - ‘Poetic Faith before which our common notions of philosophy give way’ - a state in which, that is, the powers of poetic fascination are used to liberate the mind from its everyday lethargy, to arouse the intellectual and spiritual life of the reader or listener.”

“I could go on about Coleridge (as my students know all too well),” Leadbetter admits - he is Director of the MA Institute of Creative and Critical Writing at Birmingham City University, “but we’d be here a long time!”

He is eager to clarify, however, that “while I’ve learnt a few things from the Romantics in my own self-education as a poet, I don’t identify my poetic style with that of the late eighteenth and early nineteenth century, and I’m not copying them. Rather - if I can put it this way - I make of their writings (and others’) my own traditions.”

His traditions may sometimes be described, in Leadbetter’s own words, as “the fusion of the lyric and the mythic - lyric mythopoesis, if you like - and the mutuality of the sensuous and the numinous,” the physical and the spiritual. Much of the poetry in The Fetch describes strange happenings and apparitions, with the mythical charm of campfire ghost stories, and Leadbetter terms this the “transnatural (a term I’ve adapted from Coleridge), which in one sense comprises our experience both of the natural order and of the mystery we (as part of the natural order) inhabit.”

Supernatural fictions, says Leadbetter, or at least the “better ones”, “alert us, productively, to the state of unknowing,” in order to “amplify our consciousness in relation to the life and habitat around us.”

“I’m interested, as a poet,” he continues, “in working creatively with these processes, states, and forces active within us - the conditions from which both science and religion emerge, and which (for me) exceed and transcend both. Poetry is uniquely adapted to these conditions, it seems to me,” the “affective powers of language upon which poetry depends” being “mystery enough,” he explains. “A poem (if it works) is its own psychic event.”

The Fetch includes many of Leadbetter’s poems that had already been published elsewhere, “the product of many years’ work,” compiled with “an integrity that speaks for itself.”

He was drawn to Nine Arches to publish the collection by “the high quality production values in the books themselves,” he says, explaining that “the book as an object matters to me.” Indeed, the collection takes pride in its appearance, adorned on the cover with a piece by French artist Eric Lacombe.

“When I came across this image, I knew that was the one. I loved it,” says Leadbetter. “The image can be read in so many ways, visually, but the first idea that struck me was being made of shadow - and its resonance with the title poem.” Leadbetter refers to ‘The Fetch’, which explores the idea of a living person’s double, wraith, or shadow. When I ask him why he chose this poem to title his collection, he evades answer - “I could give a number of reasons for why,” he hints, “but maybe another time!”

I ask Leadbetter how the collection’s thematically bound sections, as discussed in our review, are translated into performance. “The book is certainly composed with an eye and an ear to how each poem might articulate with every other poem in the collection,” he confirms, and explains that, in performance, he wishes to present “the books in microcosm” - “I have often chosen poems to recite that give a sense of its various moods, themes and technical characteristics.”

Finally, I ask him for a description of his ideal reader: “I think the late, great Michael Donaghy was asked this once, and after some reflection he said “someone like me!” I’ve always been amused by that, and in some ways there’s no getting away from it,” he replies. “But I’m really interested in the poems finding their way to other people – and I’d hesitate to define who that might be.”