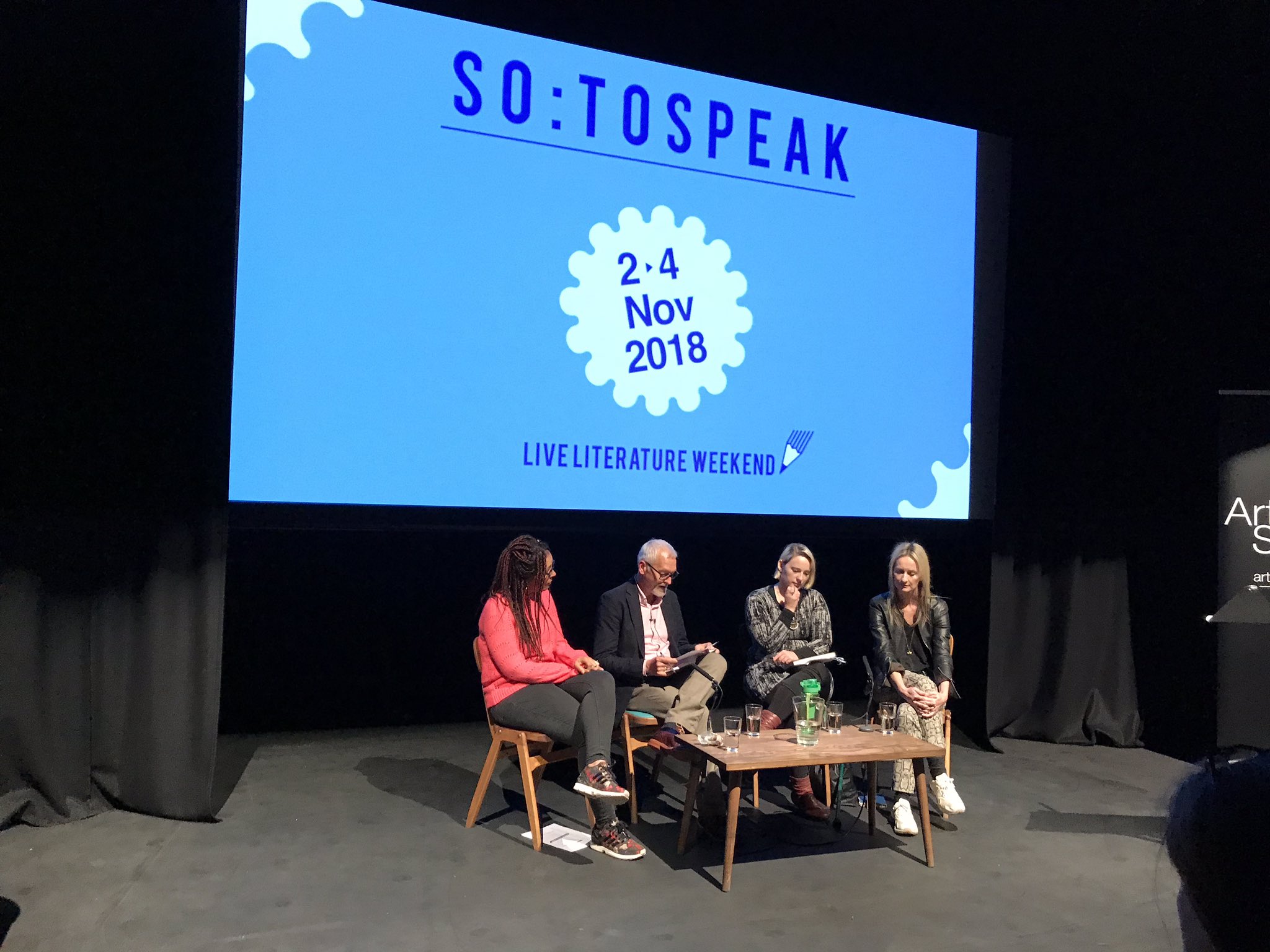 We were delighted to be working in partnership with University of Southampton on 2nd Nov from 2-5pm to deliver a symposium exploring successful literary cultures in other cities as well as looking at barriers for engagement that might exclude people from taking part. In the evening, from 7.30-1030pm we hosted a showcase of work from the SO:Write project, followed by an hour's headline set from former BBC Poetry Slam Champion, Dizraeli.

On Saturday, we were at John Hansard Gallery with publishers Penned in the Margins, Burning Eye Books and Nine Arches Press, showcasing a wide range of poetry from writers including Jaqueline Saphra, Gregory Leadbetter, Rishi Dastidar, Rosy Carrick, Joshua Seigal, Amani Saeed, Nadia Malik, Sarah Hesketh, Luke Kennard, and John McCullough. Our Saturday headline was ***** Edinburgh Fringe success 'How To Keep Time: A Drum Solo for Dementia' by Antosh Wojcik at NST City. This event also featured an introductory reading by Sarah Hesketh from her work with people living with dementia, 'The Hard Word Box' as well as a Q&A with Antosh following the show.

SO: To Speak also featured two workshops. Josh Seigal from Burning Eye Books ran a workshop for Young Writers at Mayflower Theatre on Saturday, and Iain Morrison will be offered a workshop as part of John Hansard Gallery's 'Time after Time' exhibition at the gallery.

We were overwhelmed by the success of all of the events, and will bring a full round up, with pictures, special moments, and highlights, very soon!