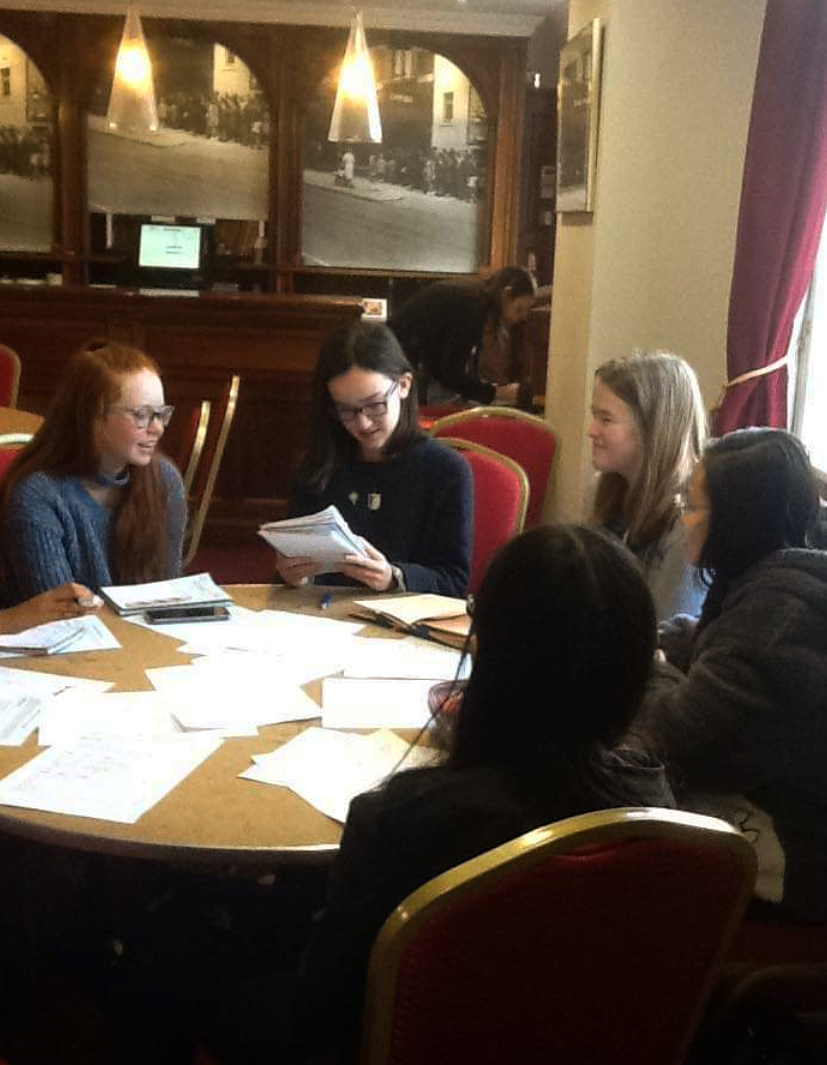 As he brushes against them

As he falls out of

Is loud. A red sun begins to rise.

As they fall to the floor.

Taking inspiration from Susan Richardson's workshop at the Art House last weekend, this week the young writers took a deeper look at sound poetry. As with the younger group, Susmita read 'The Loch Ness Monster's Song' by Edwin Morgan:

We asked: how do we analyse this poem? The Young Writers looked at the questions in the poem, and wondered whether the monster questioned itself, the world, or was asking them to another person. They also observed the watery, glugging sounds and the heavy, prehistoric sounds, and noted that the sounds seemed to get more plosive as the poem progressed, suggesting anger.

Finally, we looked at 'Bat's Ultrasound' by Les Murray:

Sleeping-bagged in a duplex wing

with fleas, in rock-cleft or building

radar bats are darkness in miniature,

Few are vampires. None flit through the mirror.

Where they flutter at evening's a queer

Insect prey at the peak of our hearing

drone re to their detailing tee:

O'er our ur-area (our era aye

ere your raw row) we air our array

our eerie ü our ray, our arrow.

A rare ear, our aery Yahweh.

The Young Writers described the sounds used in the last stanza as creepy, demonic, ethereal, eerie, otherworldly, and chant-like.

They were then given some time to write their own poem, choosing a creature and using any of the techniques used in the three poems to convey something about their creature through sound. We hope to post these on our Instagram story, so keep an eye out!

The Young Writers then began experimenting with ideas for a nature poem to submit to the Keats in Winchester art and poetry competition. With its deadline in July, we will return to these poems in a few weeks.