Suitcases were packed, and sunglasses were included this week, as the first group of Young Writers gathered an insight into how The Cinderella story varies around the world!

From ‘Cinderella of the Nile’ to ‘The Gift of the Crocodile’, we began to imagine how changes to the setting and culture can have a resultant effect on the characters and plot of the classic fairy-tale. A variety of books were provided for the session, all of which had been adapted to benefit its unique setting and culture. We discovered The Cinderella story from China, Egypt, Ireland and Indonesia and the accompanying unique characters and plot adaptations. Understanding the freedom that stems from fracturing a fairy tale helped the Young Writers to envisage their own stories with varying settings and characters, giving inspiration before they put pen to paper.

Following the plans that were formulated last week, the Young Writers were given time to begin their own fractured fairy tales. After around thirty minutes of concentrated writing time, the group were keen to share their creative concepts and receive some feedback after reading their first paragraphs aloud.  Every story was captivating in a new, innovative way, as varying elements of the Cinderella story had been altered by the Young Writers. Evan told the group of his under water setting and sea creature characters, whilst Milly turned Cinderella into a spy- to name just a few examples.

The Second group of Young Writers were split into pairs and set a challenge, in an attempt to familiarise the group with the key plot elements of the Cinderella story before beginning their own fractured fairy tales. The teams were given an extract to start them off but had to continue by using the last word on the previous line to start a new sentence. For example, if the previous line finished with ‘fairy godmother’, the Young Writers would have to think of a sentence opener beginning with the same word. This really got the group considering the importance of sentence openers to help the story flow and progress.

After this exciting and competitive warm up, the second group were given time to dedicate towards the creation of their own Cinderella stories. It was no surprise that many more unique and individual fractured fairy tales were shared among the group, ready to be finalised during the week.

Next Saturday the Young Writers will be partaking in the one-day event ‘Hands on Humanities’, organised by the University of Southampton! More details to follow on our ‘soyoungwriters’ Instagram page. 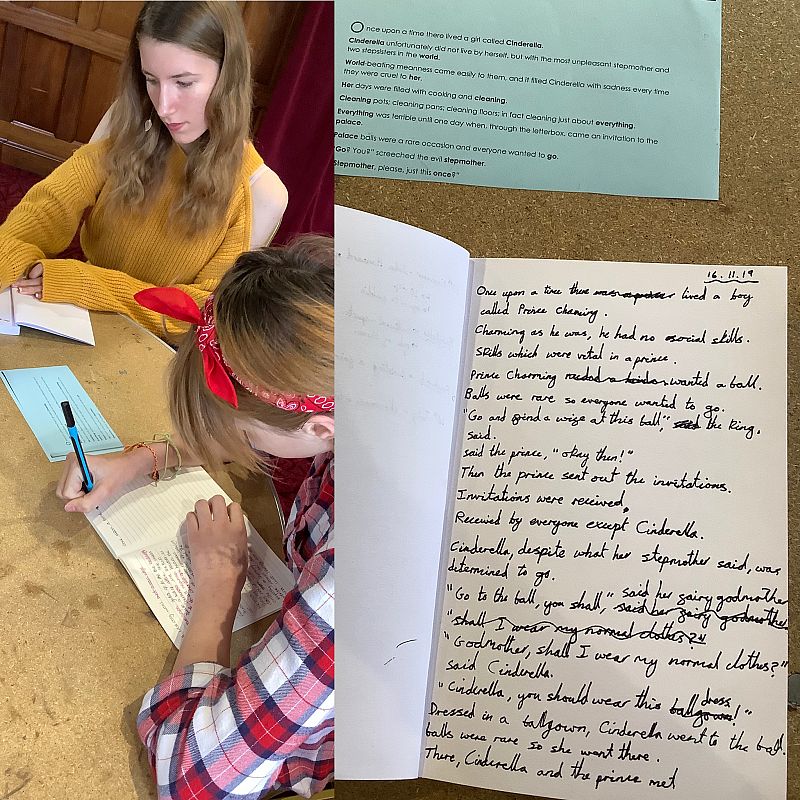