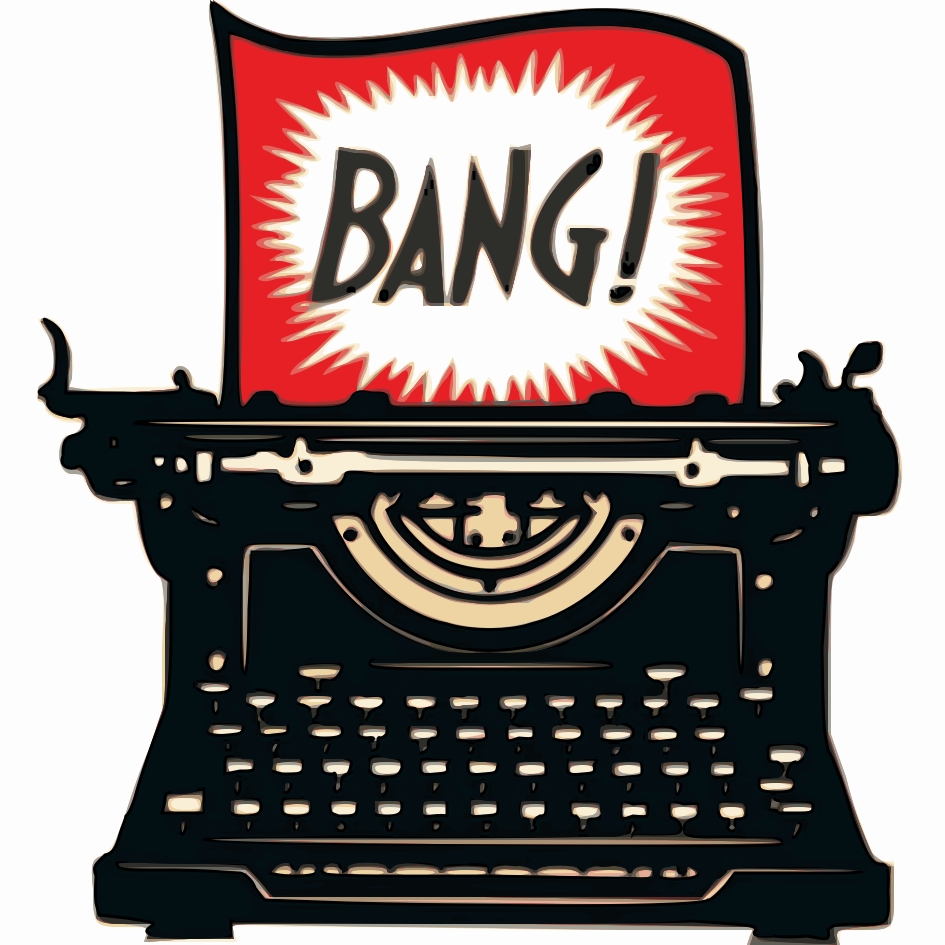 This week we began by retelling fairytales - in five sentences or less! This was meant to be a huge challenge but many of the young writers managed to tell their fairytales in only one or two sentences!

Here is Thomas' piece - see if you can guess the fairytale!

Once, where tales could be spun by spider’s webs, a young woman roamed the streets that cover the face of France. Independent, and loving of her father, Belle is stricken with grief when she discovers him locked away within the fortress of a great beast. Only by taking his place she can set him free, but her stay yields her knowledge of magic unknown and mysterious; a magic that transformed the beast and the staff of his castle! Burdened greatly by the fickle clock of a rose, the love blossoming between the beauty and the beast is cut short by an unexpected visit from the man Gaston, who attempts to slay the beast before being thrown off the battlements. The beast, Belle’s love, mortally wounded, is healed by her great affection, restoring order to the grand house and all those in it.

And here is Annie's:

Cinderella is forced to clean by her horrid stepmother and evil stepsisters.Until one day there is a ball announced yet Cinderella is forced to stay home;the night of the ball her fairy godmother magics her up a dress.At midnight she rushes away from the ball  while losing her slipper on the stairs,and the next day the prince shows up the slipper fits and they get married and live happily ever after.

After sharing and guessing many of these tales, we then looked at (apparently!) the shortest story ever written, by Ernest Hemingway - 'For sale: baby shoes, never worn'. In just six words, the idea of an intriguing backstory is created. While the tale perhaps has tragic implications, I also suggested there could be a comedy there - perhaps the baby was just born with enormous feet!

Using this as inspiration, the young writers were then challenged to come up with their own one line advertisement (with something either For Sale, Wanted, or Missing), where just within one line, the idea of an exciting story could be created, with just one or two telling details.

Building on this, the young writers were then asked a series of questions to help them develop their one-line tale into a slightly longer piece of flash fiction. These questions were to help the young writers think about set-up, character, setting, description, and structure - with particular focus on an ending, which is notoriously tricky!

What is the importance of the
thing which is being sold/looked for/missing?
Why is it for sale/wanted? Who is selling it?
Who might be interested in this object/opportunity?
Where might the advertisement/object be found? (e.g. a shop window, an advert
in a newspaper then a visit to a house, etc)
What are some exciting ways you could describe the object/setting/character(s),
without taking up too much space with description? (e.g. metaphor, simile,
unexpected adjectives, using different senses, etc)
Is there anything interesting you could do with structure – e.g. a flashback to
give backstory, a dialogue/argument, flashing forward into the future, etc
How will it end? Cliffhanger/plot twist/resolution?


After making some notes, the young writers were then given time to work on their flash fictions. Here are some examples some of the writers kindly shared with us.

Firstly, a brilliantly concise and atmospheric piece from Sam:

"I need a casket," I ask. My makeup smudges. The clerk consoles me, but I reassure him that finally, I can get a good night's rest.

And here is Annie's beautiful story about a puppy finding a new home:

Amber arrived at the house and knocked on the door vigorously until it was opened.Opening the door slowly a small boy said “hello miss are you here for the wretched puppy?” Amber nodded and walked inside.Looking around she saw a lot of broken vases and picture frames but still trotted on into the kitchen.In there was the most adorable puppy you would ever see and Amber said “He is perfect!I’ll take him” and the boy started screaming “YES YES YES YES YES!”and she gave him the ten pounds and left.As Amber left the boy exclaimed “good luck!” the teenage girl looked back as the boy slammed the door shut and locked it.When she got home,Amber let out the puppy that she chose to call Rex.Rex loved his new home,but there was something wrong….He had scratches all over his back and that is when Amber realized all the paintings were of cats.The boy she bought him from must of had cats that attacked Rex….the poor thing but the little puppy didn't have to worry anymore because now he had Amber.

And here's an extraordinary, surreal piece from Thomas, complete with some of the author's notes, to give a valuable insight into the creative process!

Auction House is missing a dog with a human arm in its mouth. Important because it is a small dog with a big arm.

People can see the ad on tree leaves or mirrors.

Repetition of ‘It’s perfectly normal.’ Scenes need things that are absolutely absurd but explained so bluntly and simply as if they need no explanation, as if it’s self-explanatory.

Listening to the croaking of the kingfishers as they pushed against the riverbed to emerge as rockets filled Sam with a feeling of tranquillity. Boy, had it been a hectic week! First, Sam’s boss had shown her all the ways that she was making coffee wrong, displaying the decidedly incorrect method of squeezing too hard on the cup. For those not aware of the delicate process of coffee-making, this was a mistaken opinion since it would cause the flint beaker to shatter, ebbing coffee into the ceiling boards as it dripped lethargically. Second, her cat ran away. Again. It took nearly two hours to locate the damn creature, until she finally discovered him chatting to the vice-principal of the school down the road. He was incredibly polite to humour Anthony, especially when the feline fiend began absent-mindedly chewing on the titanium fence between them. Sam really thought that she had taught him better, so she put a hand on his shoulder to lead him away, polite and graciously embarrassed. Anthony didn’t think he deserved it when he got a scolding that night, but whatever. He would just go and have a talk with the principal next time, for his children were not getting the best treatment, in his opinion. No wonder, Sam thought, if they all behaved as badly as he did.

The eighth day of that week was by far the oddest though. Due to the attack by the Moon (a common occurrence, really. You might just not see it much in your part of the world) the sky was quite dark for 13 hours past midnight on a Wednesday afternoon. The lack of light meant that she was almost blind to the terrier streaking past her side, but she was painfully aware of the soft crunch that assaulted her leg, as a human arm wrapped itself around her thigh, as if begging to be let go.

Now, Sam is not an impolite person. Far from it, actually. But a perverse arm that was getting a bit too close? That crossed a boundary. That crossed a boundary that never should have been explained, or watched, or observed in any sort of way. Therefore, to protect her dignity, Sam threw the arm as far as possible. The terrier caught it within its jaws, then used its psychic prowess to attach the arm to its side, upon which point the biceps immediately became obedient.

When she got home, Sam knew something was wrong, as it was clear by the new red paint on her walls. It was fine, however, as the couple downstairs had merely committed as double suicide rather than anything too peculiar. Anthony found her story mildly amusing, and quickly returned to licking her leg as he liked to each Wednesday morning. Sam wasn’t satisfied with the day’s conclusion, and went out to clear her thoughts.

The sky was quite clear now, and the sun pierced a fish from the sky and ate it in its fever. And so Sam saw the kingfishers, and watched them explode into a beautiful array of rainbow hues, and decided that everything was perfectly normal, delightful, and calm. How nice it was to see the plain beauty of the world! Perfectly normal. It’s perfectly normal.

We finished this week's workshops with a short editing and feedback session - splitting into breakout rooms, and encouraged to use 'compliment sandwiches', the writers gave each other some constructive feedback on pieces they may wish to submit to our Lighthouse Young Writers Anthology. We also talked about editing techniques which could be used to sharpen up a piece before submitting - our flash fiction writing today has certainly shown how our young writers can use language in brilliantly economical and impactful ways!