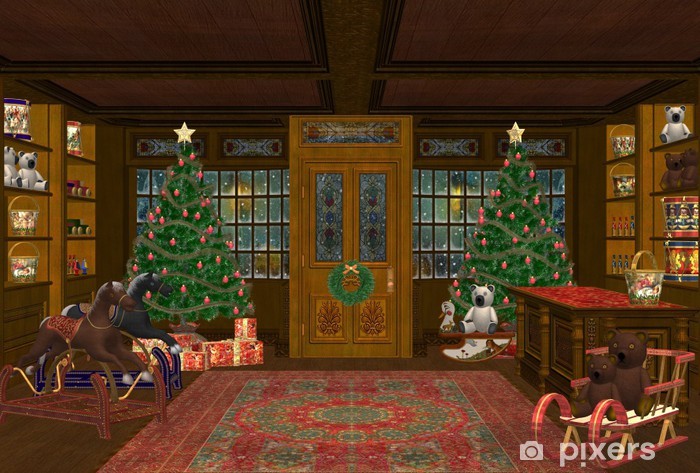 This week, we began with a Christmas themed warm-up, inspired by the 'scenes we'd like to see' segment at the end of episodes of Mock The Week! This time, the challenge was to come up with Unlikely Things To Hear in Santa's Workshop. Here are some of the brilliant ideas our young writers came up with!

Can someone please get the reindeer to stop tap-dancing and fly the sleigh please? Wait no don’t join them—   By Thea

“Sorry to bother you guys but we’re going to have to shut
this place down, it doesn’t follow any safety precautions or pay minimum wage
to the workers here, or pay anything at all really.”    By George

ANNOUNCEMENT: excuse me elf number 4,765,249 please refrain
from clipping your toenails with the reindeer's teeth!     By Jasmine

Um attention fellow elves. Santa looks like he's stuck in a
chimney. The fire service had to come. Now the pizza delivery men are
delivering presents.      By Safir

Unfortunately, due to Covid restrictions, Rudolph won’t be
able to fly with the other reindeer, as that will make them a group of seven.
Santa is appealing as Rudolph lives in the same household  but has so far been unsuccessful     By Helen

"I'm, sure that we don't need to rocket power the
sleigh, it was just as efficient before. But- it will make all the reindeer redundant!"    By Lily

These awesome starting points were all posted in the chat, and then everyone had to pick someone else's line to start them off on a ten minute free writing exercise to continue the story!

Here are some of the results:

‘Um attention fellow elves. Santa looks like he's stuck in a chimney. The fire service had to come. Now the pizza delivery men are delivering presents.’
A somewhat nervous voice rang through Santa’s workshop. Elves all turned to look at each other, expressions varying from annoyance, shock , worry, and some even amusement.
“Oh no.” Jimmy breathed. “This definitely isn’t gonna end well."
“Can’t be worse than last year.” Jeff shrugged going back to making an obnoxiously big rocking horse.
“Huh? What happened last year?” Dave, a newer elf asked.
“Oh you didn’t hear?” Said Jeff, ears wiggling with excitement.  “They sent the postmen, it was anarchy.”
Meanwhile the pizza delivery men accidentally somehow blew up a house. Yeah, thats not worse than last year…       By Thea

Yeah so apparently Tesco says there is no naughty list so we
do actually have to give trump presents.

"So my plan has worked," indicated Trump,"
It's time I get my bat mobile and my bat cave."

“Yeahh so apparently tescos says there is no naughty list so
we do actually have to give Trump presents.” said Axel.

Santa muttered something under his breath, too quiet to
hear. He paused for a second then spoke up, “So, what you’re all saying is that
our very existence has been commercialised to the point where a British
supermarket chain has the ability to tell us that we can no longer refuse
presents?”

“I’m afraid so sir, it was part of an advertising campaign
for Tesco. They’ve stated that everyone is deserving of presents because
everyone has good in them, apparently…”

“And we have no way of going against this campaign of
theirs?”


“No sir, we only exist because of people believing in us.
And currently Tesco is the biggest source of belief for people all over the
world, meaning we’re obliged to do what Tesco says.”        By George

‘What do you mean the list is burnt? Like a crisp?’
Elf 1: what if Santa
wakes up?
Elf 2: he won’t, its 3 in the morning, anyway we can just write it
again. How long is this list?
Elf 1: several miles
elf 2: but Christmas is less than a month away, Santa does it in a
year!
Elf
1: it takes him so long because he falls asleep midway through writing words, in
fact it takes him week just to write a paragraph!     By Jasmine

For the rest of the workshop, we were focusing on shaping our stories/extracts ready for our sharing event in the last session of term. In the style of 1001 Nights, each group will share their best story/extract within their group's chosen frame story, aiming to impress and keep everyone listening hooked, like Scheherazade.

We thought about different ways of beginning the story/extract - e.g. action, dialogue, description, introducing a character/setting, a flashback, a prologue, a flash-forward, a moment of conflict/discovery, etc.

We thought about some examples of great opening lines, including the ones below...

The snow in the mountains was melting and Bunny had been dead for several weeks before we came to understand the gravity of our situation.
The Secret History, By Donna Tartt

Mr and Mrs Dursley of number four, Privet Drive, were proud to say they were perfectly normal, thank you very much.
Harry Potter and the Philosopher’s Stone, by J. K. Rowling

I write this sitting in the kitchen sink.
I Capture the Castle, by Dodie Smith

"Christmas won't be Christmas without any presents," grumbled Jo, lying on the rug.
Little Women, by Louisa May Alcott

And then came up with our own! Here are some examples of some of the opening lines/paragraphs from the group...we'll be hearing the full stories/extract in our final session on the 19th, so come back after that to find out what happens next!

I stepped into the atrium, the sun hung high in the sky. An
adaka tree stood tall and proud in the center of the atrium: its leaves,
brighter than the ocean, cast dancing lights across the red-moss covered marble
tiles.


Someone sat leaning against the silvery trunk of the tree,
reading a book: ‘Qua Orus Etra Ifre Asenn’. Rimor was the one reading: no one
else would read a book that old, old to me, it was relatively new for Rimor.         By George

Calibri;mso-fareast-theme-font:minor-latin;mso-hansi-theme-font:minor-latin;
mso-bidi-font-family:"Times New Roman";mso-bidi-theme-font:minor-bidi;
mso-ansi-language:EN-GB;mso-fareast-language:EN-US;mso-bidi-language:AR-SA">I
am writing this with a pen I found, I think the pen is haunted . are you
intrigued ? I hope you are ,my rent rests on this . it all started on January 5
2021 . it was just the new year (as you know
from the information I just told you) but it felt like I was still
walking on the same infinite path that the world called 2020. And that ladies
gentlemen and they the (because you count too and gender is a social
construct) is why I made the idiotic decision of picking up the pen. I think
that at the time in the back of my head I knew that the pen was bad news and
the prospect of something happening ,good or bad enticed me . oh im sorry am I
boring you shall I cut to the chase...

Well , months passed and the pen sat on my cluttered desk
gathering dust and only little thoughts about it  would occasionally fly into my head telling
me to pick it up or take it to a pawn shop or just do something with it ,my
mother would disapprove she says that its not worth keeping if it just collects
dust
I'm sorry you thought of selling me!!! What on earth where
you thinking . do you know how hard I worked to make you pick me up on that dingy
street corner and well I am at least a thousand pounds!
By Martha

“DON’T MOVE YOU MONSTER!”shouted the mysterious figure
holding a gun to Daniell’s head.Now you're probably wondering who Daniell is
and what is happening...Daniell is a 17 year old girl who lives in New York and
has a dark secret.At this moment in time,a hunter is about to kill Daniell for
her powers.Yes she has powers..she is a half demon half Angel hybrid.In this
universe,everyone has an animal that they are halved with.The animals are
wolves,cats,rabbits,demons and angels.But never in history was there a half
angel half demon wolf hybrid.In every wolf pack there is an alpha and that
alpha has a mark on their face to represent their power.Now you have insight in
this universe I will take you back to the beginning.       By Annie

We then thought about shapes for the story/extract we wanted to share, how the character would develop from the start to the end, and an exciting point to end our story, on a cliffhanger, or moment of intense drama/action!

We can't wait to hear more of these stories in our sharing event on the 19th December! Next week, we will be joining Mayflower Young Writers for a collaborative Christmas Bake Off - we can't wait!!