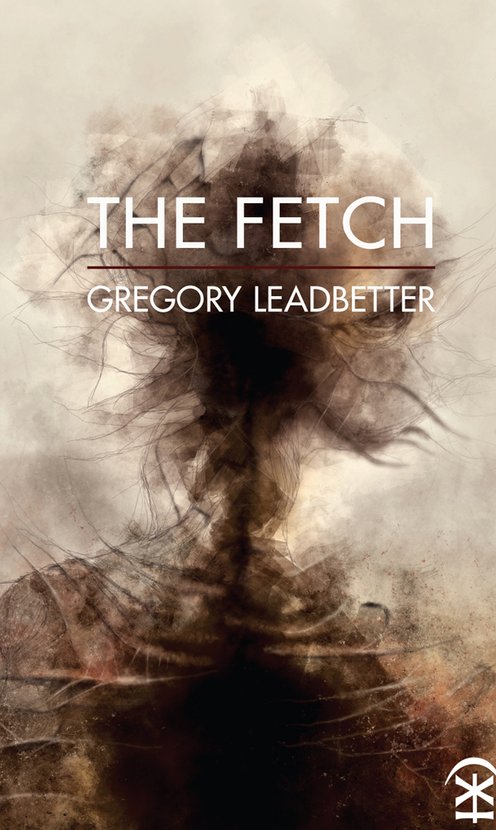 Gregory Leadbetter is a poet and critic, and Reader in Literature and Creative Writing at Birmingham City University. The Fetch, published by Nine Arches Press, is his first full poetry collection, compiling many years’ worth of writing. Some pieces were commissioned, many had been published elsewhere over the last twelve years, but, as Leadbetter said in our interview with him, the collection has been put together with an ‘integrity’ that ‘speaks for itself.’

Before the book is even opened, the title introduces us to the duality characteristic of the collection. If readers aren’t familiar with the mythological figure of the fetch, they will be once they open the book to its definition - ‘the apparition, double, or wraith of a living person’. As the fetch is the embodiment of duality, The Fetch, as the blurb states, ‘combines the sensuous and the numinous, the lyric and the mythic’, the real and the imagined, the physical and the spiritual.

The first poem, ‘Whisht’ (defined in the notes as a ‘hush’, and/or as something ‘uncanny, eerie, weird’) is something of a summoning spell, asking us to ‘come to this clipping from my hair’, or ‘my bottled breath’, to blood and sweat, seed and feather, ending with a call to ‘spell out in silence my other name’. It is through the natural that we summon and reach the supernatural, and it is the fetch that answers the call in the following poem.

In the titular piece, Leadbetter takes advantage of the stanza breaks by crossing them mid-sentence, creating a sense of the unnatural, the lingering. Leadbetter experiements with form throughout the collection, perhaps most strikingly in Sum (Latin: I am), where ‘I am’ runs through the centre of the page, the rest of the poem spread around it like a body around the spine.

In ‘The Fetch’, these split sentences also represent the splitting of the being into human and fetch, of a fluid division. Continuing in this theme, the next poem, The Departed, explores what happens when the speaker nearly crashes their car but swerves just in time, and a ‘tangent’ existence continues into ‘the waiting trees’, ‘a heartbeat escaping’ down a divergent path. The speaker is then awakened to the multiplicitous paths of life through his doppelgangers, ‘crossing a bridge in New Zealand’, ‘in the company of strangers / laughing, joking in fluent Portuguese’, whose paths then cross his own, a woman mistaking him for ‘du schlechter Mann’, or a child posting letters and drawings ‘asking me when I’d come home again’, before he is lead to meet back with that ‘tangent’ - ‘I see / what the part of me that died has seen.’

The Fetch is made up mostly of these subtly themed sections, on birds, on tales of the supernatural, and most obviously in the central section on Leadbetter’s father’s vascular dementia. ‘Dendrites and Axons’, named for the communication pathways of the brain, is made up of a series of eight poems describing the progression of the disease. They are preceded by ‘My Father’s Orrery’, in which a model of the solar system serves as the means through which Leadbetter’s father realises that something is wrong, that ‘he had forgotten how to put the universe together’. As well as the perfect introduction to the series of poems, this poem highlights Leadbetter’s gift for symbolic imagery.

The eight poems are difficult to read. Unlike the rest of the collection, telling more distant, otherworldly, or universal, stories, ‘Dendrites and Axons’ is a deeply personal, painful, account of ‘the goodbye we are in’, the experience of being around a man that exists ‘in third person’. Perhaps the most painful image is that at the end of part VII, in which the roles are switched between parent and child, and Leadbetter sees himself as his own father, an ‘echo of [his] goodnight shadow’ as he stands in the doorway of his father’s room as he is dying. The experience of reading it echoes the experience itself, your stomach continually dropping with sympathy ‘like a foot missing a stair.’

The collection then seems to swiftly move on to consider the ‘Pumpkin’, but this idea of death and decay haunts many of the following poems, as the pumpkin becomes mouldy, and in the following poem as a ‘Feather’ becomes the symbol of grief.

Then, as we move through this, to poems set in ancient times, written in memory of the Battle of the Somme, or commissioned for the 10th anniversary of a music festival, we reach a series of supernatural tales, almost traditional in their eerie imagery and the twist in their last lines. They imagine living dolls, dystopian futures, a hanged man, with the thrill of ghost stories told around a campfire, but with each word chosen and placed perfectly, each image vivid, internal rhymes singing.

Throughout the collection, Leadbetter’s gift for words is constant. His imagery burns, and lingers long after the book has been closed. His language is always precisely chosen, and he takes advantage of formal convention within each poem, as well as in the intricate compilation of the collection itself. While each poem tells its own story, a collection of ‘pocket drama[s]’ as Leadbetter refers to them in his blog, the collection follows its own grand story through the natural to the supernatural, from death to grief to life, existing in all spheres simultaneously. The collection ends as ‘a white hand bursts from a limb of ash’, bringing us out of this world of the melancholy, the eerie, the wonderful, and back into the world of the living, and it’s a reluctant return.