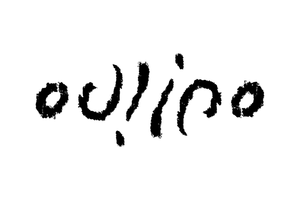 Hello, Ella Frears here, currently running the SO:Write Women's Writer's group. Every session, I ask someone from the workshop to write a response for our blog. This month it's the brilliant Stacie Bates...

I joined the SO: Write Women’s group last month and this was my second session. This has been my first experience of a writers group and I must say I am loving it. I am fairly new to writing so joining such a group seemed somewhat of a novelty. Playwriting or screenwriting tends to be my weapons of choice. As we looked at poetry and flash fiction I wasn’t quite sure how this would influence my work but I did find it an extremely positive experience. The last two sessions have opened up my eyes to other writing genres and how they intertwine and feed each other. My ‘homework’ last week was to create a piece of flash fiction that is now the prologue for my upcoming play about women’s ever-changing role in the workplace. It wasn’t planned, it wasn’t expected but it happened and that is what I am finding so exhilarating. Ella Frears who runs the class, creates such a compelling journey through the session. I always come away knowing far more than when I started and feeling thoroughly inspired to write. I should mention the overwhelming support and positivity from the group as a whole. I never for a second thought I would read anything out but I consistently contradict myself by doing just that. The term safe space is overused but that’s what it is, a safe space.

Our first task this week was to play a poetry game.


Ella’s first restriction was that line 1 must contain an explosion and from there, line by line, other limitations were assigned by the group. The most difficult suggestion was a restriction to using just one solitary vowel on line 2. As many times as you like but just one. This was so difficult I was in danger of spending all my six minutes trying to figure it out. I finally settled with, ‘Filling it in.’ I know, you're thinking how could that tiny sentence have been such a struggle but just try it. What was curious was that it ended up being my favourite line in the poem. Others had a similar experience and many of their poems were evocative bringing to mind a place, a moment or even a smell. Ella said that these types of restrictions were often adopted in Oulipo poetry. Oulipo is a loose gathering of French writers and mathematicians who sought to create works using constrained writing techniques. She suggested that such restrictions can aid rather than detract from the quality of our writing as it forces us to think imaginatively. She decided to put us to the test in our next task

We looked at American poet Cathy Park Hong’s Ballad in I and Ballad in O. We discussed the effect this had on us, how the sentences for I felt disjointed, spiky, almost physical. How it made us feel uncomfortable. By contrast, the use of O had a slower rhythm and a more resonant sound. Our turn. I think it is fair to say we all found this tricky. We were all brave enough to read out our work and I am constantly impressed by the standard. These women are great writers. All of them.

Then we came to look at last week’s homework. We had read and discussed a flash fiction piece Girl by Jamaica Kincaid. We were tasked to write our own short pose which incorporated a list of instructions to one specific listener in an echo of Kincaid’s. My piece was advice for the modern-day girl and I was absolutely terrified to read it out. The feedback and encouragement from the group pleasantly surprised me as it was overwhelmingly positive. They have really encouraged me to drive this forward. Funnily enough, they all talked about the piece as ‘a poem.’ I didn’t realise I’d written a poem but I had and now that poem will become the opening of a play. Angela also read out her homework. Her instructions were advice on how to write and it was such a striking piece of work. Her piece was almost in two parts. Calm and steady advice and then words came at us in a torrent, the metaphor of a train perfectly encapsulating a writers journey to far off and unexplored places. During Angela’s reading her phone rang not once but twice. We all loved that the interruption frustrated her reading and fractured the piece. Somehow it just felt right. It's funny how mistakes can sometimes enhance. It’s a bit like what Ella said about restrictions adding rather than detracting.

Denise (another member of the group) then let us know about a short story competition for adults and children with a focus on being green. Details on www.greenstories.co.uk of how to enter.

Not the Furniture Game.

Finally, we looked at Simon Armitage poem Not the Furniture Game. Discussions ensued. The overwhelming opinion was that this was an outstanding piece of poetry. Armitage takes that tried and tested method of describing someone as a piece of furniture but his poem explodes the metaphor. Armitage discusses parts of the body one normally doesn’t give credence to, like the circulatory system. He uses references that are unexpected or possibly even inappropriate in the context. More than anything his poem gives you a feeling. It makes the hairs on the back of your neck stand up. This man he describes is undoubtedly a threat. These images contain menace. Our homework this week was to use metaphor in a similar vein to Armitage. Like him, we should be bold and brave with our imagery. My piece is below. It’s another poem but I’m not questioning it.

His stride was the swinging of a school satchel

And his tread was a book falling from a great height

His length was a refectory table

And his manner a simmering, summers day

His hand was a cleave of arrows

And his arms were a ready bow

His demeanour was the Earth rotating

His charm was a comfortable chair

And his charm were marbles on your path

His smile was slippery

And his smile was a cavity

With office chairs for backs

They turned their computer screen faces

Silly girl, she wasn’t looking where she was going

And his face was a movie screen

And his face was Disneyland

And his face was the answer

Well, there was no saving her