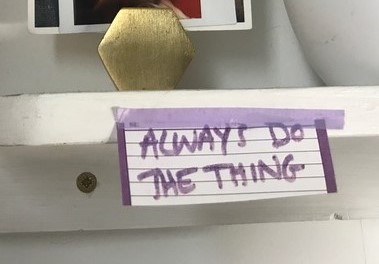 My MAST residency kicked off this week with me attending a couple of evening gigs, settling into my admin duties, and hosting calls with Ella Frears and Dinos Aristidou, asking them questions about their extensive experience with residencies.

I’ve been finding now creative writing has become my work, even on such a part-time basis, there’s an extra pressure I’m putting on myself to prove I deserve such a privilege, and the calls with Dinos and Ella served as consultations on what is really expected of a writer-in-residence. Starting my residency has felt momentous for me because it marks a transition from my old retail job into a freelance creative field, and to be honest with you, I’ve been fretting about seeming pretentious or dishonest, and grappling with a few symptoms of ‘imposter syndrome’. As much as I think when it comes to making creative decisions, a dash of humility is warranted, chances are these thoughts are more of a hinderance to me than anything else, and it was a relief to air my concerns.

First up, I met Ella Frears, a poet and visual artist who’s anticipating the publication of new poetry with RoughTradeBooks, having been in residence at John Hansard Gallery - the building directly opposite Mayflower Studios. Doing research beforehand, I took a shine to a residency credit of hers - a funeral she organised for a space probe, on the night NASA gave it the command to plunge itself into Saturn’s atmosphere. What a line for the CV! The deceased is known as the Cassini Spacecraft and completed nearly twenty years of service, thirteen spent orbiting Saturn. Attendants of Cassini’s Funeral got temporary tattoos reading “Farewell” and gathered to hear a secular celebrant and some especially composed spacey-funeral music. There are photos on Ella’s website.

Later I spoke with Dinos Aristidou, a community theatre-maker and playwright who as of late finds himself regularly involved with verbatim (a style of theatre where a play’s content comes directly from real interviews, transcripts, and testimonies etc.). I was a participant in one of Dinos’ writing workshops during his time as Writer-in-Residence at Mayflower Theatre. We talked through the creative writing process, from finding your form to finding your audience, and both conversations granted me insight into approaching residences in terms of time management and process – which Ella understands can be unique to each placement, let alone each writer.

Dinos is serially inter-personal – working through talking, more than conceiving ideas in isolation. Ella is typically self-reflective – drafting unique responses to artworks or themes. My takeaway with Ella was, to get anywhere, you have to embrace writing for the exceptional kind of labour it is, avoid getting in your own way, and instead interrogate your thought process. With Dinos, I profited from hearing his definition of a residency: an investment into the resident’s writing craft - a space to develop it, as opposed to a commission for a specific output, especially in my case.

Dinos also introduced me briefly to a creative methodology called ‘Chaotic Darwinism’, which sounded like an exact match for a theory I put forward in my final reflection at the end of university, where first you sporadically create an abundance of content then carefully select from it against your criteria, akin to natural selection. I favour it as a process because of the vital emphasis it puts on the editing stage, while not curbing your thinking when you start to write. It’s already turned out to be an important factor in writing this blog, where I’ve needed to reel in superfluous, ambiguous passages, if I’m going to stand a chance of someone reading to the end.

To finish up, I’m going to share writing advice for you from Dinos and Ella which I took the opportunity to probe them for. The instruction Dinos Aristidou gives you is “PLAY!”, with space and objects and people, saying it’s a philosophy for life that’s rooted in all of us before we can speak, before words - a vital capacity and skill. Ella Frears, meanwhile, says if you have a good idea, you should make it happen. Rather than shying away or creating excuses, which is easily done, follow it through - that’s how work gets made. Above Ella’s desk where she writes is a post-it note reading “Always do the thing”, which is a neat way of summing it up. 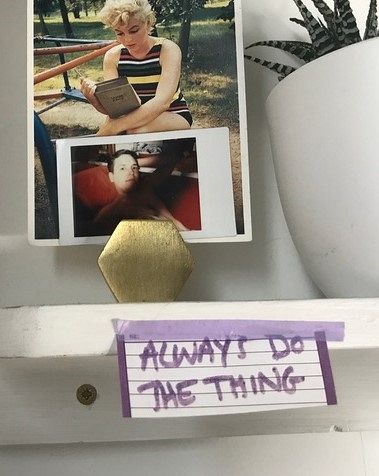